It's been a long time coming, but we finally have Epic's first Unreal Engine 3 based game out on the PC. While the final version of Unreal Tournament 3 is still a little farther out, last week's beta release kept us occupied over the past several days as we benchmarked the engine behind Rainbow Six: Vegas, Gears of War and Bioshock.

Used in some very beautiful games, Epic's Unreal Engine 3 has been bringing us some truly next-generation game titles and is significantly more demanding on the CPU and GPU than Valve's Source engine. While far from the impossible-to-run that Oblivion was upon its release, UE3 is still more stressful on modern day hardware than most of what we've seen thus far.

Although Unreal Tournament 3 is due out before the end of the year, what Epic released is a beta of the UT3 Demo and thus it's not as polished as a final demo. The demo beta has the ability to record demos but it can't play them back, so conventional benchmarking is out. Thankfully Epic left in three scripted flybys that basically take a camera and fly around the levels in a set path, devoid of all characters. 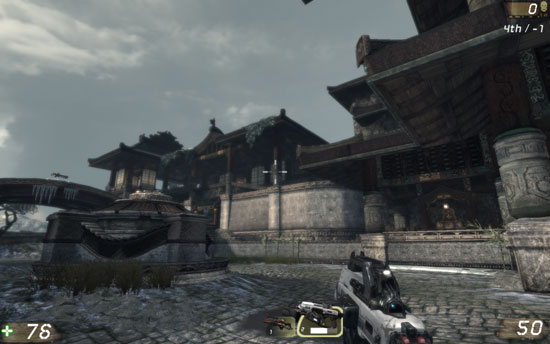 Real world UT3 performance will be more strenuous than what these flybys show but it's the best we can muster for now. The final version of UT3 should have full demo playback functionality, with which we'll be able to provide better performance analysis. The demo beta also only ships with medium quality textures, so the final game can be even more stressful/beautiful if you so desire.

The flybys can run for an arbitrary period of time, we standardized on 90 seconds for each flyby in order to get repeatable results while still keeping the tests manageable to run. There are three flyby benchmarks that come bundled with the demo beta: DM-ShangriLa, DM-HeatRay and vCTF-Suspense.

As their names imply, the ShangriLa and HeatRay flybys are of the Shangri La and Heat Ray deathmatch levels, while the vCTF-Suspense is a flyby of the sole vehicle CTF level that comes with the demo.

Our GPU tests were run at the highest quality settings and with the -compatscale=5 switch enabled, which puts all detail settings at their highest values.

Our CPU tests were run at the default settings without the compatscale switch as we're looking to measure CPU performance and not GPU performance.