Penryn and SkullTrail Benchmarked at IDF

Intel also had its SkullTrail system up, running, and ready to be benchmarked. SkullTrail features two LGA-771 sockets, accepting a pair of special unlocked Penryn processors that use the Xeon socket but have the same core as the desktop processors. According to Intel, with the Core 2 based processors there are slight differences in the hardware prefetchers in Xeon vs. desktop Core 2 parts and thus it is important to distinguish the SkullTrail CPUs as being Yorkfield based (desktop Penryn) and not Harpertown (server Penryn). 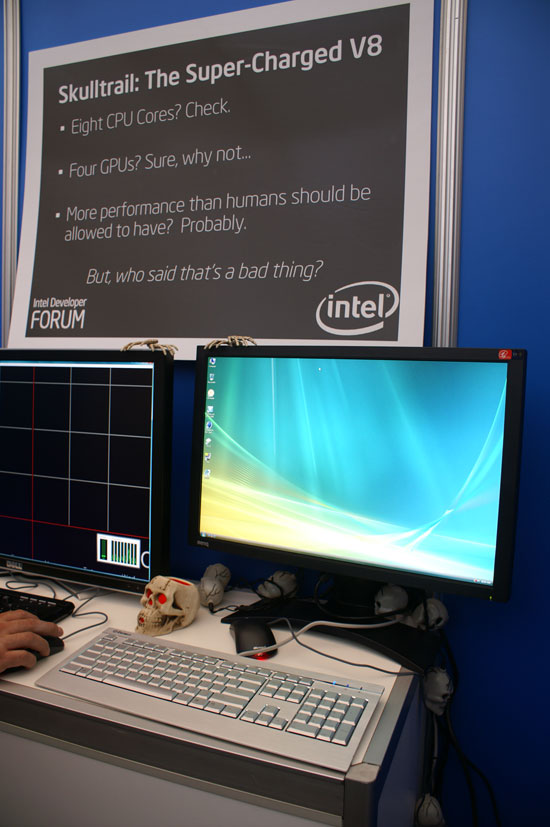 The SkullTrail motherboard actually supports NVIDIA's SLI, which is apparently made possible by actually using a pair of NVIDIA MCPs on the motherboard itself. This isn't an SLI licensing deal; this is Intel purchasing NVIDIA MCPs and using them on its motherboard. 2-way SLI is supported today and Intel claims eventual support for up to 4-GPU SLI, depending on whenever NVIDIA releases drivers and product. 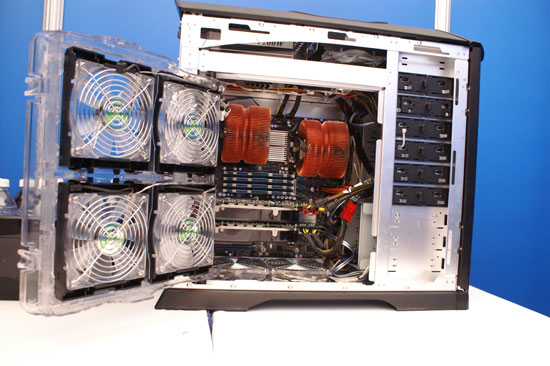 The memory technology is still FB-DIMM unfortunately, but the speeds have been bumped from V8 to DDR2-800 now. The motherboard also offers support for a 1600MHz FSB, and the CPUs installed ran at 3.40GHz (quad-core, 12MB L2, two physical chips). 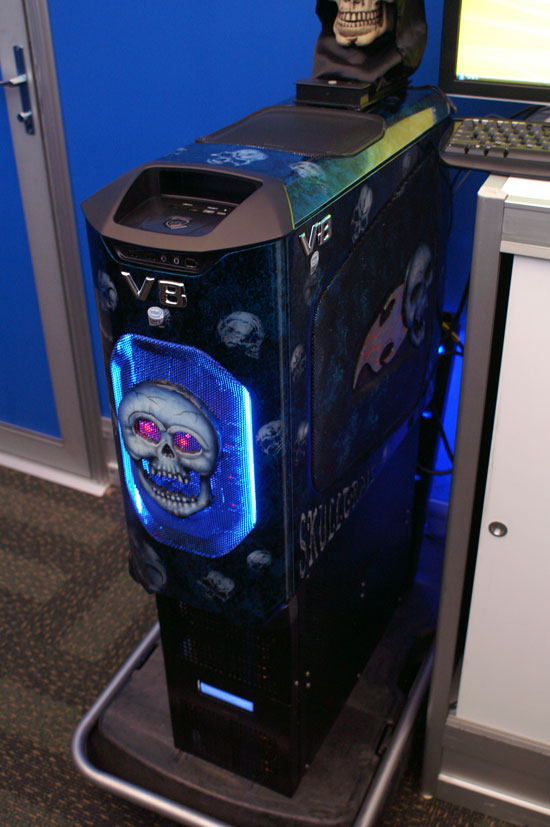 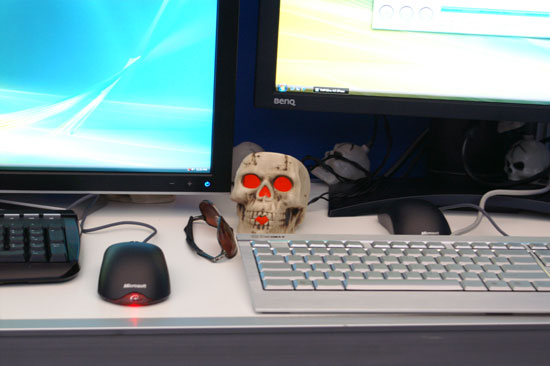 
While we will report the 3DMark '06 numbers we ran during our time with the system, it's not entirely a CPU comparison given the dramatic difference in GPU configurations. However, the CPU tests within 3DMark do generally place the majority of the load on the CPU, while the 3D results (which we're not reporting) heavily stress the GPU(s). However, Cinebench and TMPGEnc show pure CPU-crunching 4-to-8 core CPU scaling.


Cinebench R10 performance virtually doubles, while there's a 26% reduction in encoding time in TMPGEnc. If you have the applications to take advantage of it, SkullTrail will give you 8 cores today instead of waiting until sometime in 2008/2009 for octal-core Nehalem. 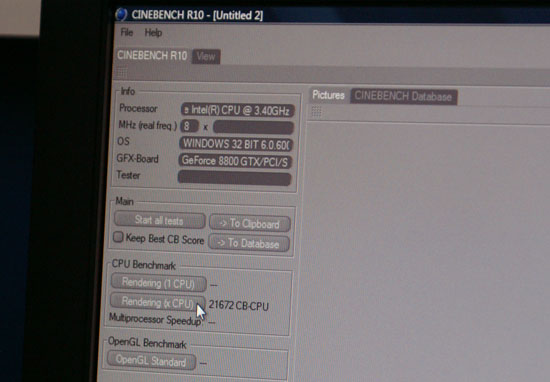 We're not particularly sold on SkullTrail or any of these enthusiast-class dual socket systems (e.g. QuadFX, Intel V8), the performance is there but we're not sure the usage models are. They may be perfect for workstation users who also want to game on their machines, but other than that specific market we don't see much of a need for even the most demanding enthusiasts. Stressing four cores is tough enough most of the time, making the argument for eight at the sacrifice of price, power and noise is a difficult one. 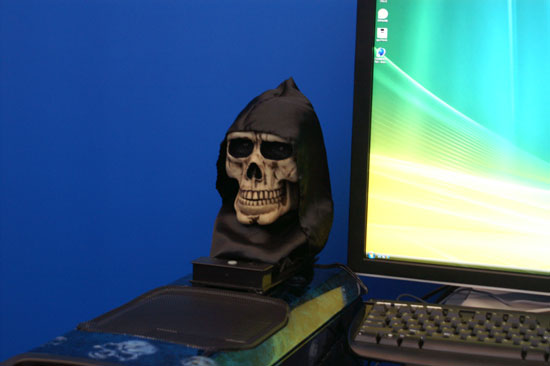