Penryn and SkullTrail Benchmarked at IDF

The core? Penryn, 45nm, quad-core - Yorkfield if you want to get codename specific.

Over 800 million transistors, mostly used to create 12MB of L2 cache split among two die, this chip is truly a marvel and of course Intel had it at IDF. 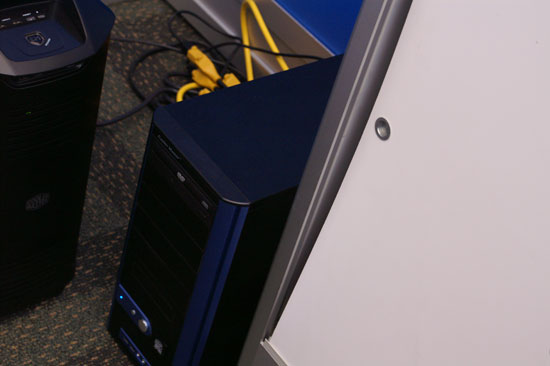 One of many X38 systems equipped with a 3.0GHz Yorkfield Penryn at IDF

There was no hiding Penryn at this year's IDF; it was in all of the demo machines, it was talked about in great detail during the technical sessions and of course, Intel let us benchmark it. As always, Intel's benchmarks were under controlled circumstances; while we ran the tests ourselves Intel already knew the outcome.

We've already previewed the dual-core version of Penryn, codename Wolfdale. The clock-for-clock performance improvement isn't bad, as we're looking at a range of 5 - 10% increase in performance over Conroe.

Intel had a couple of notebooks setup, featuring mobile-Penryn vs. Merom. Intel let us run a couple of SSE4 benchmarks, both video encoding specific, to showcase some of the best case scenario performance improvements you can expect to see in notebooks. 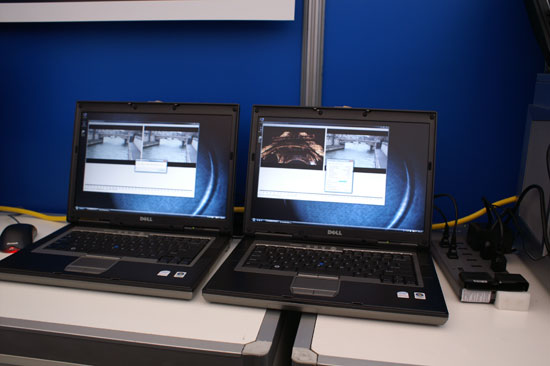 The two systems were configured as follows:


Since both benchmarks take advantage of SSE4, the Penryn performance improvement is significant. We'd expect overall performance improvement to be closer to what we saw in our Wolfdale preview. The power savings courtesy of Intel's 45nm process will be particularly important in notebooks as it directly impacts battery life, so we should see an added benefit of Penryn there. Do keep in mind that mobile-Penryn won't hit until next year, while the desktop Core 2 Extreme QX9650 will be available starting November 12.