by Gary Key on June 18, 2007 5:00 AM EST
6 Comments | Add A Comment
6 Comments + Add A
Comment
We recently reviewed the ASUS P5K3-Deluxe in our P35 chipset introduction article that provided a first look at 1333 FSB and DDR3 support for current and upcoming Intel processors. We found the ASUS board provided a high level of performance, as did the Gigabyte GA-P35T-DQ6 DDR3 motherboard in our follow up article. However, neither board offered any real tangible benefits over their DDR2 brethren in our opinion.

Our first look at DDR3 technology provided a glimpse of where memory technology is headed for the next couple of years. We still do not expect widespread support for DDR3 until 2008 but with the right DDR3 modules we have seen performance equaling or bettering that of current DDR2 platforms in several instances.

Considering DDR3 memory is currently selling for a little over two times the cost of very good DDR2 memory, we have a situation where even the most die hard enthusiast would have trouble justifying a purchase even if DDR3 technology looks very promising in the near future. With that in mind we set out on a search to see where the manufacturers of DDR3 motherboards are headed with this new and still expensive technology during our Computex 2007 visit.

What we found out is that the board manufacturers are still excited and to some degree looking forward to the eventual switch over to DDR3, but they are still very apprehensive about the current cost factors and performance of early DDR3 memory. They have high hopes that as memory production ramps, costs start to drop, and modules offering enhanced speeds and latencies come onto the market later this summer that the enthusiast sector will start taking a serious look at DDR3 products. 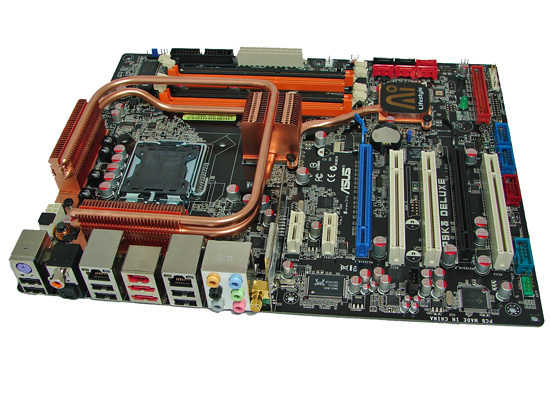 They foresee this technology starting to provide upper echelon performance for a small price premium late this year and expect the Intel X38 chipset to be the catalyst or at least provide the enthusiast sector a reason to take a second glance at DDR3. While we agree with them somewhat, we do not believe DDR2 will go away quietly, especially with AMD promoting DDR2-1066 heavily for their upcoming K10 series of processors and the continued improvements in speeds/latencies we are seeing. In fact, the manufacturers are hedging their bets to some degree by now offering DDR2 capable X38 boards, though in early previews this chipset seemed to really respond best to DDR3.

The question is: what type of DDR3? Based on what we have seen at the various motherboard and memory companies it appears from all indications that the new Micron DDR3-1066 8x128 1GB modules will be the hot product to have for the next few months if you invest in DDR3. We have already seen these Micron modules reach over DDR3-2200 in single channel mode and DDR3-2000 in dual channel mode. The various memory manufacturers who will provide products based upon the Micron IC expect to have it available by the time X38 launches in August.

We have an early production set and while it has at least partially changed our perception about DDR3 performance, until costs are competitive it is yet another impressive "niche" product to have around the labs. We will have a full review of this memory once retail product samples are received but will provide a glimpse of its performance in the ASUS P5K3-Deluxe today. Speaking of the P5K3, let's get to the topic of discussion now.