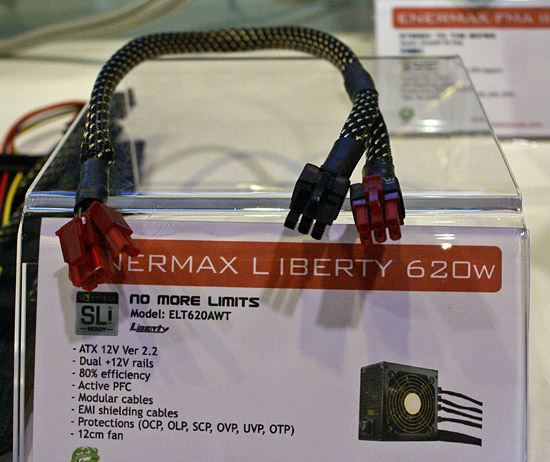 Enermax is releasing an update to their Galaxy product line that features 850W and 1000W power supplies. These power supplies feature the new 8-pin PCI Express 2.0 cable design and will allow the use of two R600 cards. The power supplies feature five dedicated 12V rails with two dedicated to CPU operation and three dedicated to GPU, systems, and storage drives with 17A on each rail. The power supplies are designed with an 80~85% power efficiency from 20% to 100% load along with 6A on the +5Vsb to fully support 2007 Intel requirements and multiple USB devices. The units are designed to operate at full power on a 24/7 basis at up to 50c. Pricing for the 1000W unit is expected to be around $350 with availability shortly. 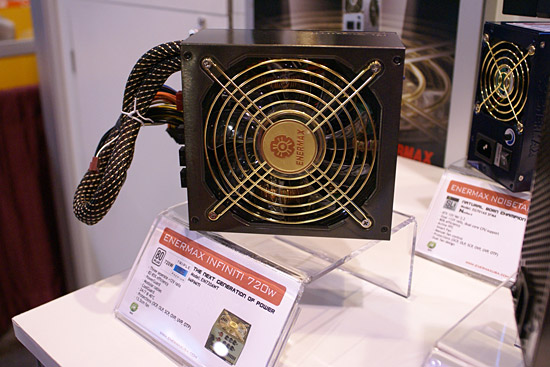 Also due for release shortly is an update to the Infinity series that will feature 650W and 720W units with full support for current SLI or CrossFire systems along with support for the new 8-pin PCI Express 2.0 standard. Both units are designed for 24/7 operation at up to 40c with an 82~85% power efficiency rating at 20~100% load. The units also feature the CoolGuard option that enables the system fans to run for up to 10 seconds after shutdown to help cool your system down. 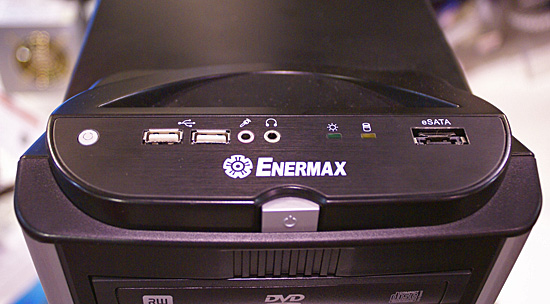 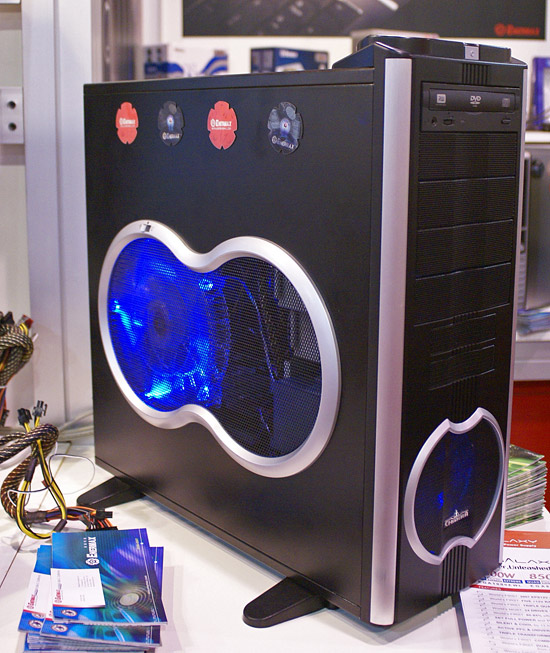 Enermax is also introducing their new Uber Chakra tower case that features 120mm fans on the front and rear of the case along with a 250mm fan on the side of the case that is direction adjustable. The case features an e-SATA port on the brushed aluminum front panel, tool-free design, and retractable foot stands. The case will be available in four colors that include black, red, blue, and silver. 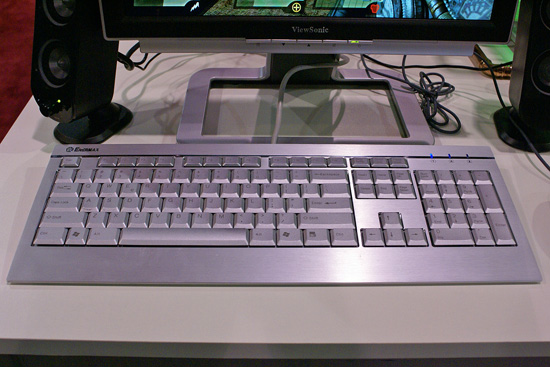 Enermax also features a complete lineup of brushed aluminum keyboards that match their current case lineup. The keyboards are USB based and have diamond cut highlights along with blue LED indicators. We found the keyboards to be very sturdy with a good tactile feel from the keys.