It's here, it's quiet and it's fast; we got our Mac Pro on Friday and spent every day since taking it apart, using it and benchmarking it. There's far too much to include in one review, so we're breaking it up into three parts. We've already published the first part of our coverage last week, where we discussed the specifications of the new system as well as inadvertently turned the article into a primer on the implications of the FB-DIMMs that the Mac Pro uses. So if you want a brief two-page technical overview of FB-DIMMs, you'll want to consult that article.

Part two is what you're reading today; here we're going to be looking at the Mac Pro as a Mac (mostly) and compare the performance of two speed grades (2.0GHz and 2.66GHz) to the outgoing PowerMac G5. We'll also take the thing apart and give you a nice tour in pictures of the new chassis. 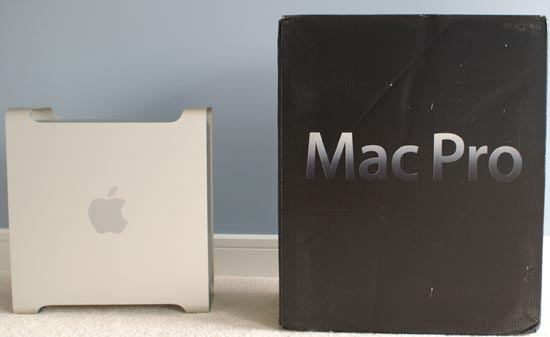 The third and final part will have two focuses - DIY upgrades (e.g. swapping CPUs and sticking in your own FB-DIMMs) as well as performance under Windows XP. Apple just released an updated version of Boot Camp with support for the Mac Pro that should hopefully address some of the serious performance issues we ran into while running Windows XP on our machine. Give us a week and you'll have part 3 to peruse at your leisure.

With our plan of attack laid out, it's time to dive into the Mac Pro and we'll start where very few Mac users like to: at its price. In the past we've generally shied away from getting too caught up in the price debate, because honestly if you're buying a Mac, you're doing so because of the OS and assigning value to that is difficult. Some users are content with other OSes and see no value in OS X, and to them the value in a Mac is simply the total cost of the components that make up the machine. At the same time there are other users who prefer OS X and thus find additional value in a system that is able to run that OS. Regardless of which camp you fall into, the Mac Pro is competitively priced. We'll let the table below do the talking:

The Dell is clearly more expensive, although you can knock off $100 - $200 thanks to the bundled LCD (unfortunately Dell gives you $0 credit if you remove the monitor from your order). We're able to come close with our own configuration by shopping at Newegg and other vendors through our shopping partner, but note that the $2390 total does not include an OS, case or power supply. 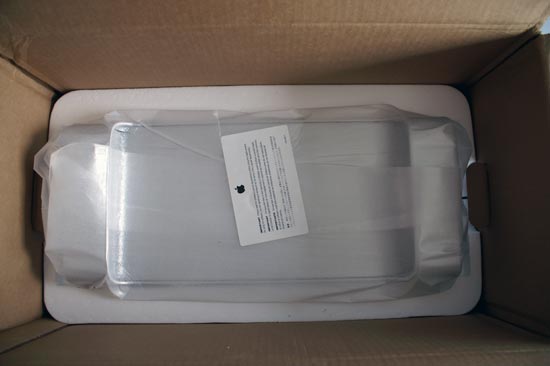 If you're in the market for a dual socket dual core Xeon workstation, Apple's Mac Pro is definitely a bargain. The only real issue here is that not everyone needs or can adequately use a dual socket Xeon workstation, in which case you can argue that there's better value in a cheaper single socket Core 2 system. Unfortunately Apple does not offer any such system, which leads us to believe that we'll either eventually see the introduction of a cheaper single socket Mac Pro or maybe even a new product line simply called the "Mac" that uses desktop Core 2 processors instead of their Xeon counterparts. 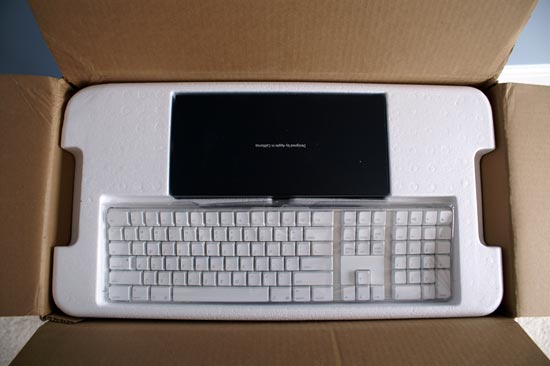 Bottom line? The default configuration of the Mac Pro is priced very competitively for what you get; whether or not you need what you get is a different discussion entirely. 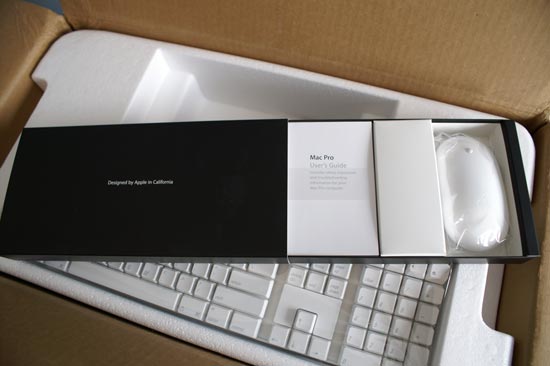