With 95% of DFI's shipments being AMD platforms, it's not surprising that the two motherboards we are taking a look at are both AM2 platforms 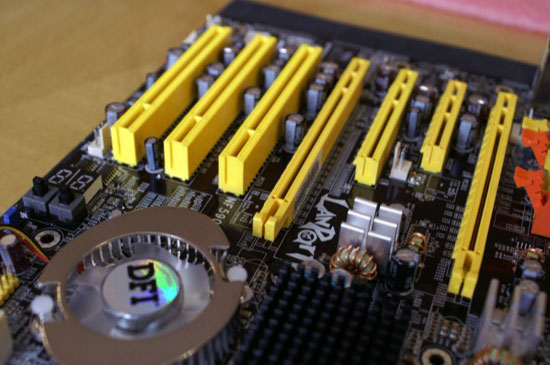 DFI's nForce 590 SLI and CrossFire 3200 motherboards are both what you would expect from DFI, the most unique feature being the digital VRM design used on both motherboards. The digital VRM cleans up the layout around the CPU socket and eliminates the possibility of leaky capacitors. The added peace of mind comes at a higher total motherboard cost of course.


Note the lack of any conventional electrolytic capacitors around the CPU socket.