When both Doom 3 and Half Life 2 came out we burned the midnight oil trying to put together guides for CPU and GPU performance in the games as soon as they were released. Much to our surprise, especially given the performance hype that had preceeded both of them, both games ran relatively well on most mainstream hardware that was available at the time. One GPU generation later and the worries about performance under Doom 3 and Half Life 2 were yesterday's news. The same, unfortunately, cannot be said about Bethesda Softworks' latest immersive RPG: Oblivion.

The game itself is more addicting and immersive than any of its predecessors and its reviews confirm that. But we're not here to tell you that the game is great, we're here to tell you what you need to run it. The fact of the matter is that Oblivion is the most stressful game we've ever encountered, taking the crown away from F.E.A.R. as something that simply doesn't run well on anything. Obtaining good performance under Oblivion is so hard that a number of optimization guides have popped up helping users do whatever it takes to make the game playable. At AnandTech we've been using the Oblivion Tweak Guide from Tweakguides.com and recommend reading it if you're looking to get a good idea for the impact of the many visual settings available in the game.

Just as we've done in our previous articles on Doom 3 and Half Life 2, we're splitting our Oblivion performance coverage into multiple parts. This first part will focus on high-end and mid-range PCIe GPU performance and future articles will look at CPU performance as well as low-end GPU and AGP platform performance if there is enough demand for the latter two. Where we take this series of articles in the future will depend on many of your demands and requests, so please make them heard.

There are really three types of areas you encounter while playing Oblivion, you'll find your character either: 1) Outdoors, 2) Inside a town but still outdoors, or 3) Inside a building or dungeon. Interestingly enough, our seemingly haphazard list of Oblivion locales is actually organized in ascending order of performance. You'll encounter your absolute highest performance inside buildings while you'll actually contemplate spending $1200 on graphics cards whenever you find yourself outside. It only made sense that we benchmarked in each of those three areas, so we constructed manually scripted (read: walk-throughs by hand) benchmarks taking us through one of each type of area in Oblivion. 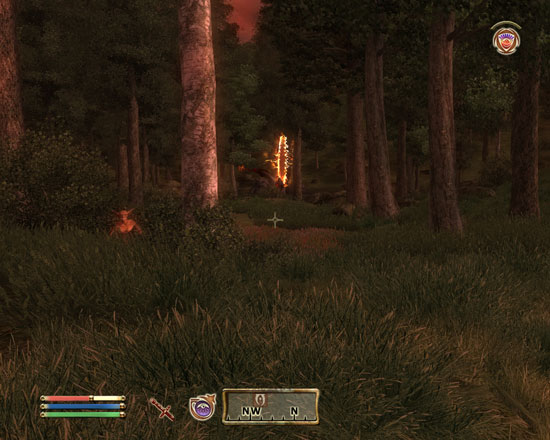 The first test is our Oblivion Gate benchmark, which just so happens to be the most stressful out of all three. In this test we've spotted an Oblivion gate in The Great Forest and walk towards it as scamps attempt to attack our character. The benchmark takes place in a heavily wooded area with lots of grass; combined with the oblivion gate itself, even the fastest GPUs will have trouble breaking 30 fps here. 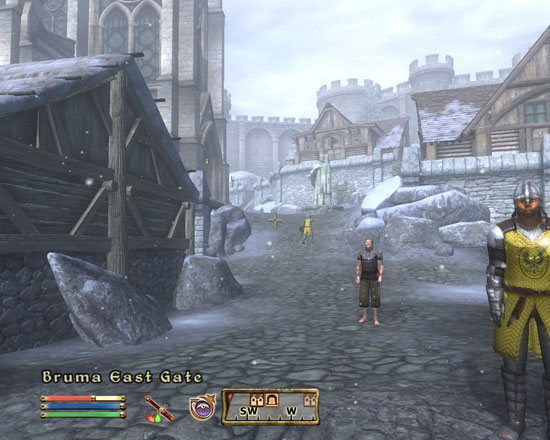 The next test takes place in the town of Bruma and simply features our character walking through a portion of the town. There are a few other characters on screen but no major interaction takes place. Despite the simplicity of the test, since it takes place outside the frame rate is already quite stressful on some mid-range GPUs. 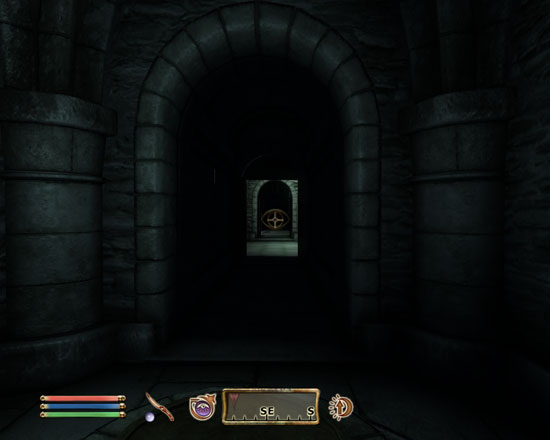 Our final test takes place in the Sanctum on our way to the Imperial City prisons; this "Dungeon" benchmark showcases indoor area performance and consists of our character sneaking through the dimly lit Sanctum. There are guards around however none appear in the view of our character. Many cards will do well in this test, but unless they can pass the first benchmark their performance here is meaningless.

Since we measured performance using FRAPS and not through a scripted timedemo sequence, the amount of variance between runs is higher than normal; differences in performance of 5% or less aren't significant and shouldn't be treated as such.