The new NVIDIA nForce4 SLI XE MCP is designed for the Performance Mainstream segment, while the new NVIDIA nForce4 Ultra MCP is aimed at the Mainstream market. Along with the existing nForce4 SLI x16 MCP, this chipset release means that NVIDIA has an almost complete top-to-bottom product range for all Intel Socket 775 processors. Motherboards based upon the new chipsets should be available in the retail channel within the next thirty days from several motherboard manufacturers. 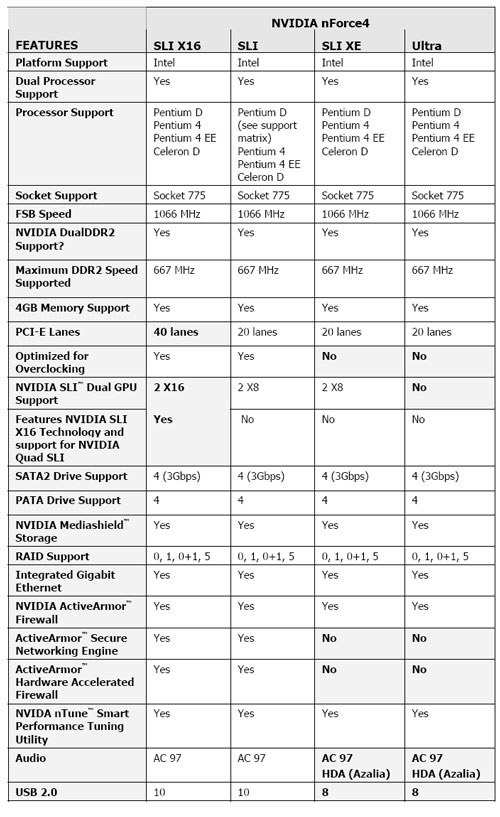 The nForce4 SLI x16 will continue to offer AC97 audio and not High Definition Audio. This is a particularly strange move, since the new nForce4 SLI XE and Ultra MCPs both support high-definition audio. It could be argued that the higher-end chipsets would more likely be used with a discrete audio card, but it appears that NVIDIA's plan is to introduce HD audio with new NVIDIA chipsets - leaving existing chipsets undisturbed.