Yet another interesting display technology Hitachi demonstrated is their 3D LCD display.  Hitachi stacked two identical LCD displays on top of each other and varied the brightness of the objects being displayed on each screen using special software to achieve a 3D effect with no special glasses required.  The display was being driven by a Windows PC with dual DVI output and software created by NTT. 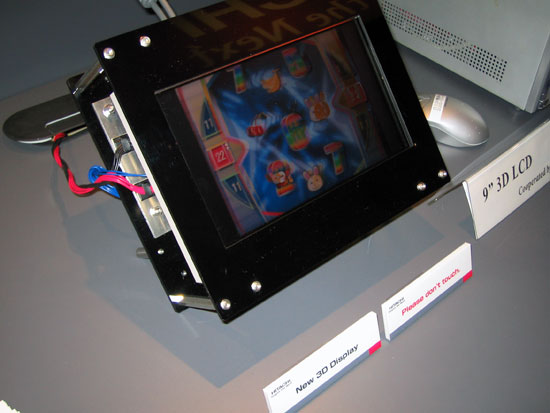 Overall we were impressed with the ability to view a 3D image without the need for any special eyewear.  Hitachi says the first application of this display will be in casino gambling machines by mid-2006 and later in car navigation displays.  The video loop running on the display showed a concept interface for a car navigation system and it was very impressive.  Directional arrows overlaid on city streets were much easier to see in “real” 3D as opposed to the conventional 3D maps in today’s navigation systems.  A touch screen version is also in the works. 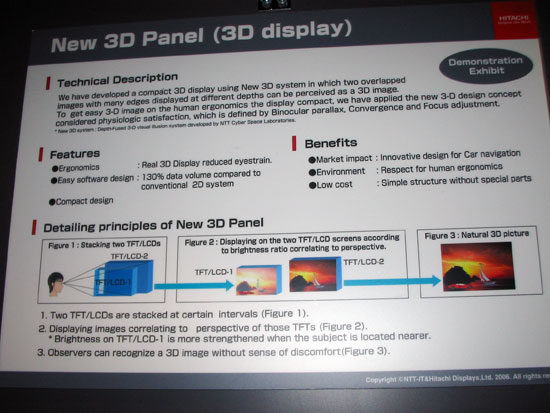