When Microsoft first launched Windows XP Media Center Edition around two years ago it was honestly a very impressive first attempt by Microsoft. By the time MCE 2005 rolled around, you honestly couldn't get a better looking, more responsive and well rounded PVR interface from anyone else. Harnessing the power of today's extremely fast CPUs, Media Center Edition could not be beat - except in one key area: HDTV support.

When Microsoft updated MCE at the end of 2004 they finally added HDTV support, with one caveat: it only supported OTA (Over The Air) HDTV signals - in other words, only HDTV channels you could get over an antenna. There was no support for premium HD channels such as HBO HD, which meant that MCE's HDTV support was basically useless.

The lack of any real HDTV support kept Media Center Edition from being a viable option for many. Sure it looked good and was very fast, but for around $10/month you could lease a HD-DVR from your cable company and get more functionality than from your fancy $2000 PC.

Microsoft had originally promised to fix the HDTV support issues in the latest update to MCE, but concerns over DRM protection on HD content was raised and Microsoft's hands were forced into delaying the support until Windows Vista. 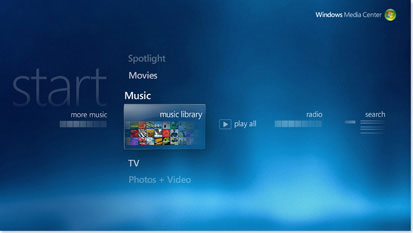 If you've been following Vista at all you will know that there will no longer be a standalone MCE OS, rather the support will be bundled into a couple of versions of the OS. Windows Vista Home Premium and Ultimate Editions will both feature media center functionality, and both of those will finally have support for recording of live premium HD content. The HD support itself shouldn't be news to you, but the hardware that enables the support is what we're here to talk about today and the only company that's currently demonstrating it is ATI.