Although both Dell and Gateway offer good configuration options, only Compaq gives you the freedom of going AMD or Intel with their $600 notebooks.  The three notebooks that we have here today are the Compaq Presario V2000, V2000Z and M2000Z.  The two notebooks with a 'Z' at the end of their names use AMD's Sempron 2800+ processor, while the regular V2000 is based on Intel's Celeron M 360 running at 1.4GHz. 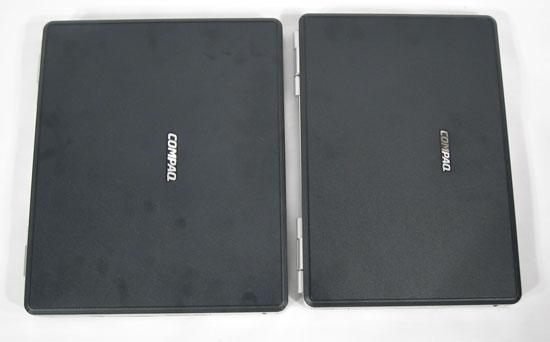 The V2000 uses Intel's 915GM chipset and its accompanying integrated graphics.  The two AMD based notebooks, however, use ATI's RS480 chipset, and its accompanying ATI based integrated graphics solution.  But that's, of course, all on the inside; externally, they all look similar, with the exception that the V series offer widescreen displays while the M series are strictly 4:3 displays. 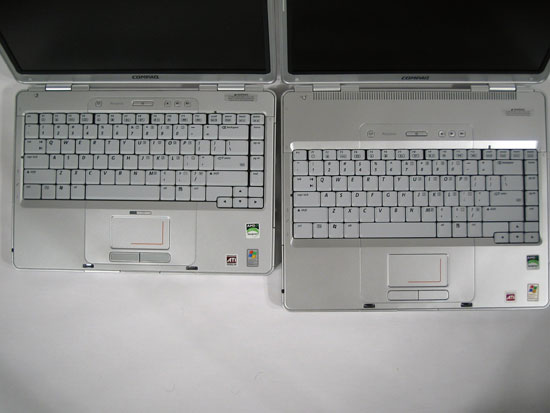 The 4:3 display of the M series gives it a larger footprint (right)

Since Compaq keeps the general features pretty similar between all of the notebooks, regardless of CPU manufacturer, we'll be talking about all three notebooks together, and simply pointing out where they differ as we go along.