Removing the Heatsinks from the Motherboard 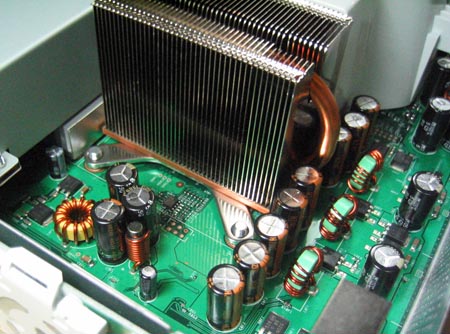 Take a pair of small pliers and gently pry off each corner of the clamps. After two corners have been lifted, the rest of the clamp springs loose and can easily be removed by hand. Once both X plates have been removed, you can turn the motherboard over and simply pull the heatsinks off to reveal the GPUs (two dice on the chip) and CPUs (single die, 3 cores on the chip). 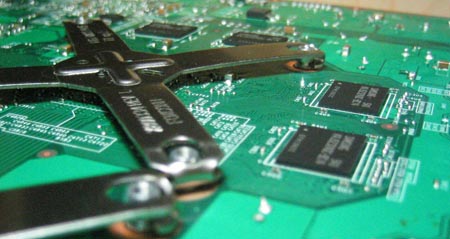 You now have a fully disassembled Xbox 360. 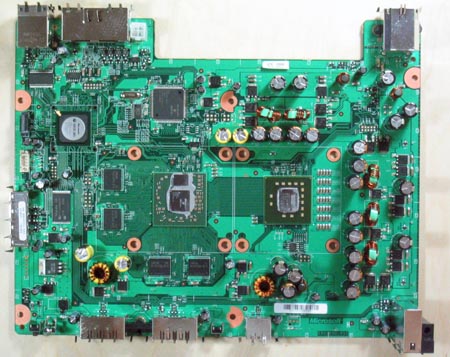