by Randi Sica & Wesley Fink on October 7, 2005 12:05 AM EST
20 Comments | Add A Comment
20 Comments + Add A
Comment
AMD has recently dominated the gaming segment, thanks to NVIDIA, their nForce4 SLI chipset, and the power of the A64 FX processor. During that time, the Intel camp has had little to cheer about, with Intel gamers forced to rely solely on single graphics card solutions. They could only watch as AMD users walked on by in fps performance. NVIDIA recently shook up that status quo by introducing NVIDIA SLI to the Intel market. 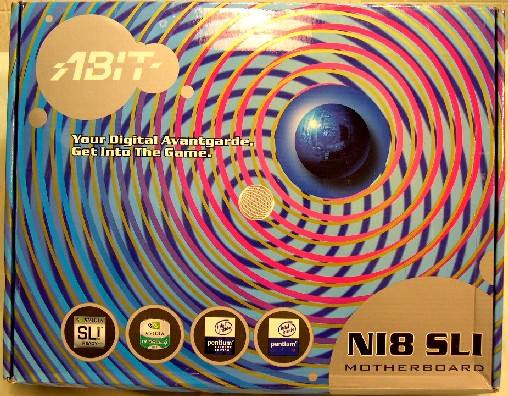 Abit recently introduced the NI8 SLI based on NVIDIA's C19 + MCP-04 nForce4 chipset, and with it, the innovations that come with the Abit Fatality label. The C19 based boards now being introduced to market are feature-packed, making the "everything a gamer could want" Fatality a natural for this market. Intel's dual core processors generated some excitement about Intel for gaming again, and the NVIDIA's C19 stepped up with x2 support. As we have since learned, there are some limitations in regards to dual core support inherent in the Intel nForce4 chipset at this time. At stock settings utilizing an Intel D840EE, the 2 cores and all 4 logical processors were recognized as per specification, but when dropping the multiplier to 14, the chipset only recognizes one CPU core. This issue has been reportedly corrected in the most recent top-line Dual x16 NVIDIA Intel boards. But gamers are not necessarily overclockers, and if the Abit NI8 SLI is fast at stock speeds, it will satisfy many gamers.

Abit fans expect that if anyone can make a worthy Intel gaming board, it will be Abit. Their BIOS' have been tuned, in particular, towards gaming performance. Their current Fatality line of boards is a testament towards that gaming market, which has always held high regard for the Abit brand.

In the last year, much has been written of Abit's financial woes and re-organization, but despite the new challenges, they continue to engineer and introduce new products as the technology evolves. Let's see if the NI8 can help Abit to recapture some of their past glory.