We run the tests in a harness built through Windows Subsystem for Linux, developed by Andrei Frumusanu. WSL has some odd quirks, with one test not running due to a WSL fixed stack size, but for like-for-like testing it is good enough. Because our scores aren’t official submissions, as per SPEC guidelines we have to declare them as internal estimates on our part. 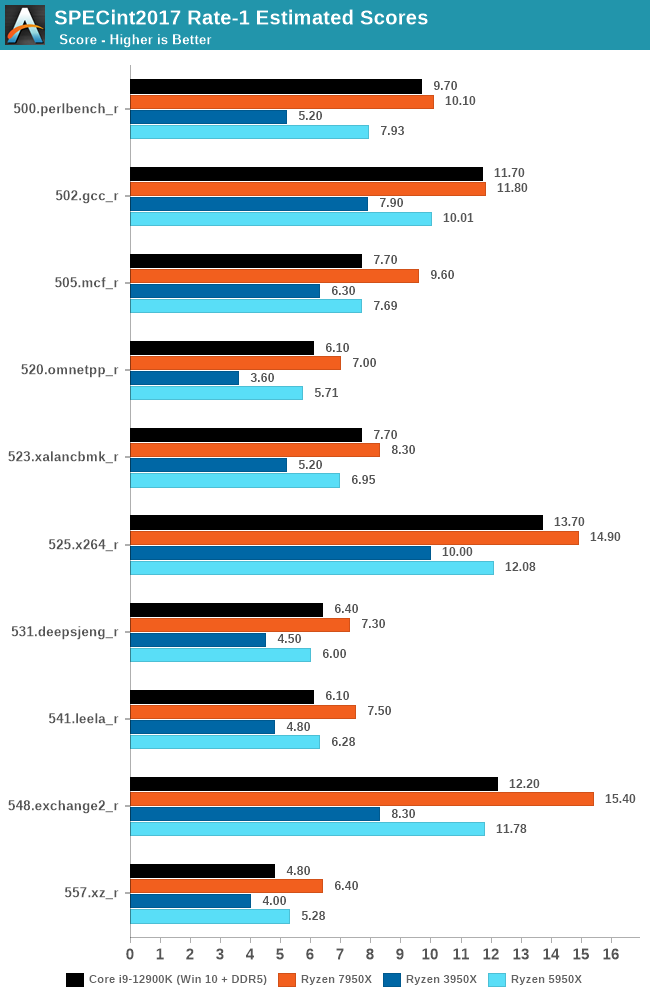 Starting off with single-threaded performance in SPECint2017, we can see that AMD's new Zen 4 core performs when compared directly with its previous Zen 3 and even more so, its Zen 2 microarchitecture. In 500.perlbench_r, the Ryzen 9 7950X has a 27% uplift over the previous Zen 3 based Ryzen 9 5950X, with a massive 94% uplift in single-threaded performance over the Zen 2 based Ryzen 9 3950X. This in itself is impressive, with similar levels of performance increase in other SPECint2017 tests such as a 23% increase over the previous generation in 525.x264_r and 30% in the 548.exchange2_r test.

The performance increase can be explained by a number of variables, including the switch from DDR4 to DDR5 memory, as well as a large increase in clock speed. 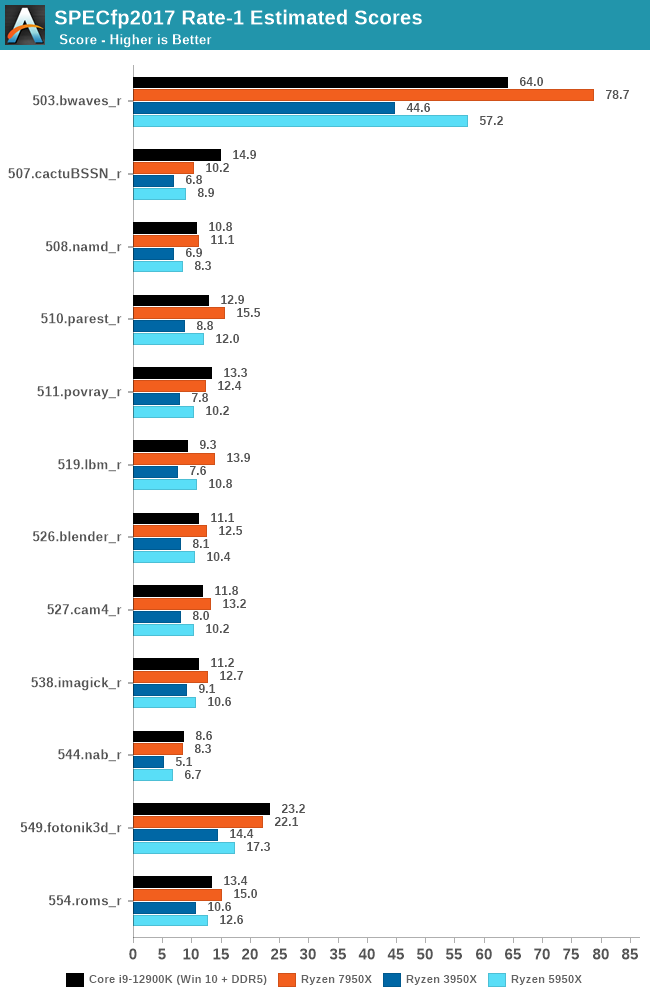 Moving onto our SPECfp2017 1T results, we see a similar increase in performance as in the previous set of 1T-tests. Focusing on the 503.bwaves_r, we are seeing an uplift of 37% over Zen 3. Interestingly, the performance in 549.fotonik3d, we see an increase of around 27% over the Ryzen 9 3950X, although Intel's Alder Lake architecture which is also on DDR5 is outperforming the Ryzen 9 7950X.

As it stands at the time of writing, AMD's Ryzen 9 7950X is the clear leader in single-core IPC performance, with a pretty comprehensive increase in IPC performance over Zen 3. Although Intel's Alder Lake (12th Gen) provided gains over AMD's Ryzen 5000 series in a multitude of ways including frequency, optimizations, and its complex hybrid architecture. There is no doubt that the latest Zen 4 microarchitecture using TSMC's 5 nm node gives AMD the single-thread performance crown, and in terms of single-threaded applications, it's the most powerful x86 desktop processor right now.