For years, AMD has been talking about the positive impact that 64-bit will have on games. Honestly, we never bought it; games are still a couple of years away from breaking the 2GB process limitation under present day 32-bit Windows. Despite our lack of belief, AMD still did their best to convey the message that gamers would be given a better experience in a 64-bit environment.

AMD has been demoing 64-bit versions of the Unreal engine as well as Far Cry for quite some time now, but neither were ever made public. Originally, we heard talk of 20% increases in performance due to decreased register pressure when running in 64-bit mode. We desperately wanted to see a game recompiled with 64-bit support, but alas, we needed a 64-bit OS. Last month's release of Windows XP x64 Edition fulfilled the latter requirement, but we still lacked any games to test the hype.

The Chronicles of Riddick: Escape from Butcher Bay actually shipped with a 64-bit binary out of the box. Unfortunately, we saw absolutely no performance improvement from using the 64-bit binary vs. the 32-bit binary in our extensive evaluation of the x64 edition OS. If performance under Riddick was any indication, 64-bit wasn't going to be much of a performance sell for gamers.

Today, however, AMD and Ubisoft are announcing public availability of the first 64-bit patch and content update to Far Cry. As we just implied, the 64-bit add-ons to Far Cry come in two separate packages. First, there's the actual 64-bit patch that installs and enables a native 64-bit binary to run under x64 edition. The second package is the AMD64 Exclusive Content Update that improves the actual content in the game. 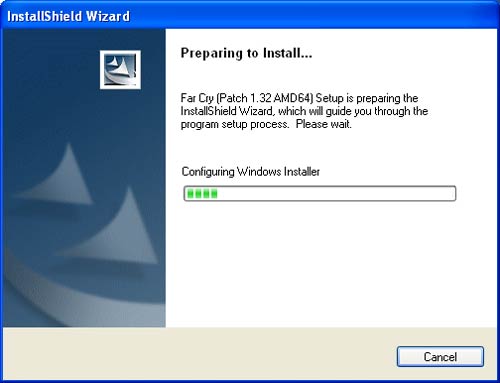 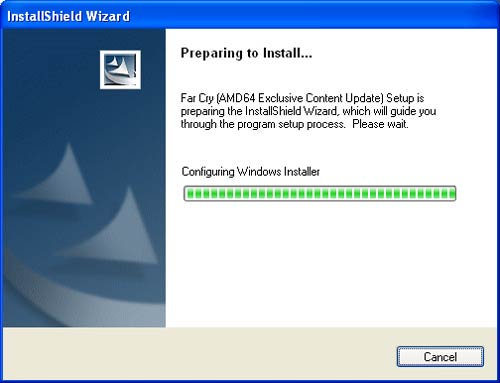 AMD listed the changes to the 64-bit version of Far Cry as follows:

As you can probably already tell, none of the additions or enhancements have anything to do with 64-bit memory addressability. In fact, a fast GPU is all you really need to take advantage of most of these features - not a 64-bit CPU. The patched version of Far Cry doesn't even eat up more than 512MB of memory during normal gameplay, and supporting more insects and birds doesn't really depend on more architecture registers provided by AMD64 either. It's no surprise that none of the enhancements offered by the 64-bit patch have anything to do with a 64-bit CPU at all, but you have to add value somehow and this is how Ubisoft and AMD decided to do it. 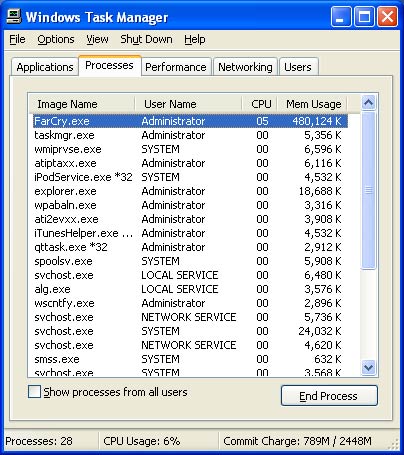 Far Cry doesn't use more than 512MB of memory, even with the 64-bit patches.

Both patches are scheduled to be available to gamers starting today, free of charge, but of course, you must already have a copy of Far Cry to utilize them. The patch and the exclusive content update will only install under Windows XP Professional x64 Edition, so 32-bit XP Professional users will not be able to even install the additional content patch. Despite being very tightly associated with AMD, the new Far Cry patches will work on Intel EM64T enabled systems as well.

Despite the wording of the error message, the patches will work on Intel EM64T enabled systems - just not on 32-bit processors.

The patches themselves are huge, totaling over 1.5GB in size, so be prepared for a hefty download. Even after applying the patches, you can still run the 32-bit Far Cry executable, but doing so will not give you access to the additional features or new multiplayer levels.

The Far Cry patch also acts as a no-CD crack, it appears, as we no longer had to have our play disc in the drive to play the game after applying the 64-bit patch.