[2] The new Unreal 3 engine is a state of the art game development framework for next-generation consoles and DirectX9 PC's, but what sparked our interest for this article was the fact that it is probably one of the first multithreaded game engines for the most popular game genre: first person shooters. 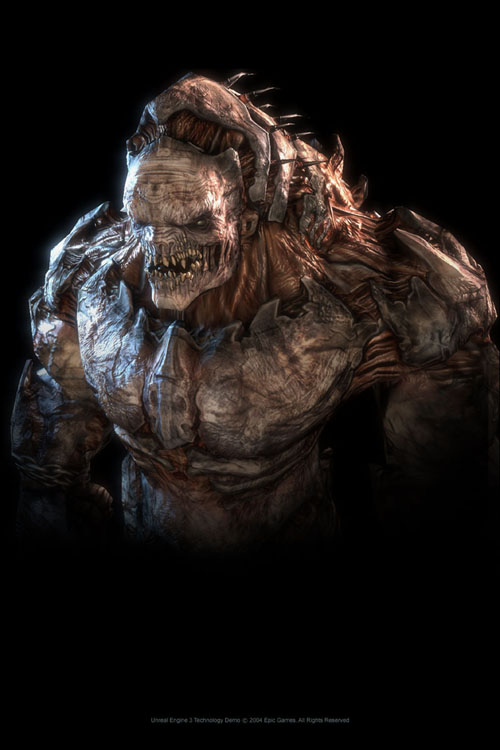 AnandTech: The new Unreal Engine 3 is designed for multi-threading, and will make good use of dual core CPUs available when games on the new engine come out. What parts of the game will benefit/be improved, thanks to multiprocessing? What will be the parts that will benefit the most?

Tim Sweeney: For multithreading optimizations, we're focusing on physics, animation updates, the renderer's scene traversal loop, sound updates, and content streaming.We are not attempting to multithread systems that are highly sequential and object-oriented, such as the gameplay. 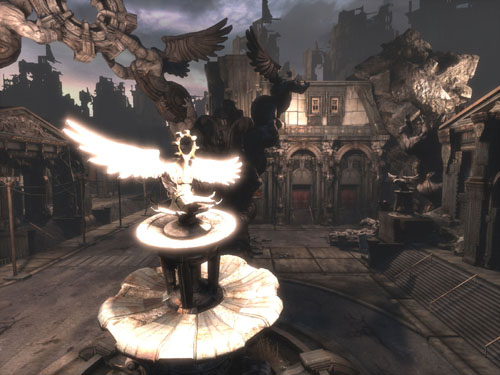 AnandTech: What kind of performance improvement (rough estimate) do you expect from a dual core CPU compared to a single core CPU with the same core? (A few percents, a bit more than 10%, tens of percents?) In other words, will a gamer "feel" the difference between a dual core and single core or between a single and dual CPU system running an Unreal 3 engine based game?

Tim Sweeney: It's too early to talk numbers, but we certainly expect Unreal Engine 3 titles to see significant gains on multi-core platforms.

AnandTech: In the past years, games have typically depended more on GPU power than on CPU power (a mid-range CPU with a high end video card was/is faster than a high end CPU with a mid-range video card even at relatively low resolutions). Is the multithreaded nature of the Unreal 3 engine a sign that CPU performance is playing again a more important role in the gaming experience?

Tim Sweeney: Unreal Engine games have always been more CPU-intensive than the norm, for two reasons. First, we're always trying to push the leading edge with physics and other CPU-based features. Second, the Unreal Engine has a much more extensive gameplay scripting interface aimed at empowering mod authors and improving developer productivity by enabling safer and higher-level gameplay development. So we're not going to have any trouble keeping up with increases in CPU power.

Multi-core will be especially valuable because CPU performance scaling due to frequency improvements has tapered off over the past few years.

Clock speed has increased slowly, and real performance hasn't increased in proportion to clocks. But two cores have approximately twice the real aggregate performance as one core, so we're about to see a nonlinear improvement.

Finally, keep in mind that the Windows XP driver model for Direct3D is quite inefficient, to such an extent that in many applications, the OS and driver overhead associated with issuing Direct3D calls approaches 50% of available CPU cycles.Hiding this overhead will be one of the major immediate uses of multi-core.

AnandTech: Did you make use of auto-parallelisation compiler technology (like the auto parallelisation found in Intel C++ compiler) to make the engine multithreaded?

Tim Sweeney: Auto-parallelization of C++ code is not a serious notion. This falls in the same category as the Intel compiler's strip-mining optimizations and other such tricks, which are designed to speed up one particular loop in one particular SpecFP benchmark. These techniques applied to C/C++ programs are completely infeasible on the scale of real applications.

AnandTech: What about OpenMP?

Tim Sweeney: There are two parts to implementing multithreading in an application. The first part is launching the threads and handing data to them; the second part is making the appropriate portions of your 500,000-line codebase thread-safe. OpenMP solves only the first problem. But that's the easy part - any idiot can launch lots of threads and hand data to them. Writing thread-safe code is the far harder engineering problem and OpenMP doesn't help with that.

AnandTech: Programming multiple threads can be complex. Wasn't it very hard to deal with the typical problems of programming multithreaded such as deadlocks, racing and synchronization?

Tim Sweeney: Yes! These are hard problems, certainly not the kind of problems every game industry programmer is going to want to tackle. This is also why it's especially important to focus multithreading efforts on the self-contained and performance-critical subsystems in an engine that offer the most potential performance gain. You definitely don't want to execute your 150,000 lines of object-oriented gameplay logic across multiple threads - the combinatorical complexity of all of the interactions is beyond what a team can economically manage. But if you're looking at handing off physics calculations or animation updates to threads, that becomes a more tractable problem.

We also see middleware as one of the major cost-saving directions for the industry as software complexity increases. It's certainly not economical for hundreds of teams to write their own multithreaded game engines and tool sets. But if a handful of company write the core engines and tools, and hundreds of developers can reuse that work, then developers can focus more of their time and money on content and design, the areas that really set games apart.

AnandTech: The current OpenGL and DirectX are - AFAIK - not very well adapted to multithreaded programming. How did you solve this problem? Or wasn't it a problem at all?

Tim Sweeney: There is only one GPU in there, and though it is highly parallel at the pixel level, its execution is still serial on the granularity of state changes and triangle submission. So it is natural that the interface to the GPU remain single-threaded, and that part of one CPU thread be dedicated to submitting rendering commands.