The ASRock Z590M Pro 4 is the micro-ATX version of the ATX Z590 Pro 4, with a very similar feature set and aesthetic. The Z590M Pro 4 includes a silver and black printed PCB, silver heatsinks, and is one of just a tiny handful of micro-ATX models on Z590. ASRock is advertising a 12-phase power delivery, likely to the same spec as the larger Z590 Pro4. The Pro4 does include limited RGB capability, with LEDs integrated around the chipset heatsink. 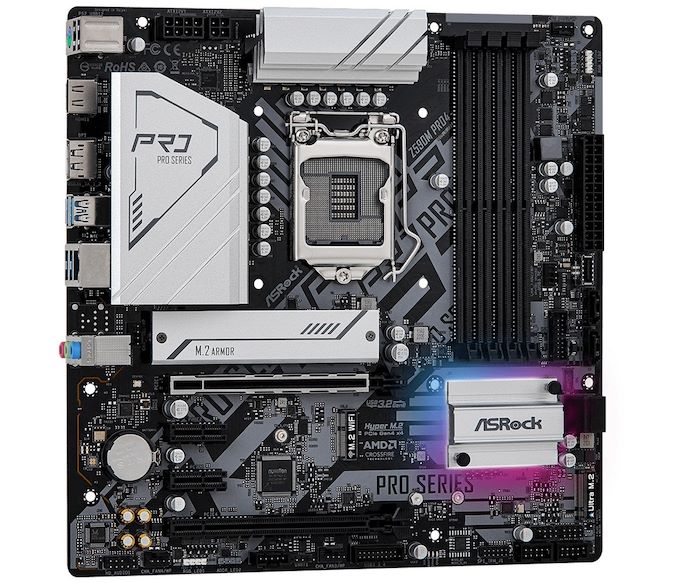