Touted as GIGABYTE's entry-level Z590 models, both the Z590 UD AC and Z590 UD share the same PCB, and as a result, follows the same black and white design. This includes a black and white printed PCB, with black heatsinks and a slim rear panel cover. The GIGABYTE Z590 UD AC includes Wi-Fi 5 802.11ac support, with both models including three PCIe M.2 slots, 2.5 Gb Ethernet, and advertised as having a 12+1 phase power delivery. 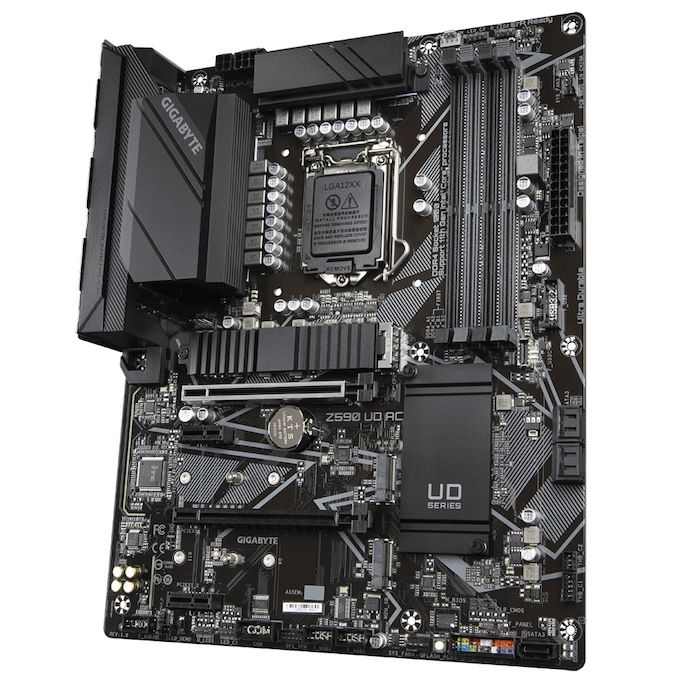 Both the Ultra Durable (UD) models include two full-length PCIe slots, with the top operating at PCIe 4.0 x16, and the second at PCIe 3.0 x4, and a single PCIe 3.0 x1 slot located at the bottom. Bordering on one of the most basic models of any Z590 board announced so far, GIGABYTE includes one PCIe 4.0 x4 and one PCIe 3.0 x4/SATA M.2 slot, with five SATA ports with RAID 0, 1, 5, and 10 support. Four of the SATA include right-angled ports at the right-hand side of the board, while a single straight-angled port is located in the bottom right-hand corner. The Z590 UD AC and Z590 UD include four memory slots with support for up to 128 GB, with GIGABYTE not unveiling the maximum supported speeds at this time. 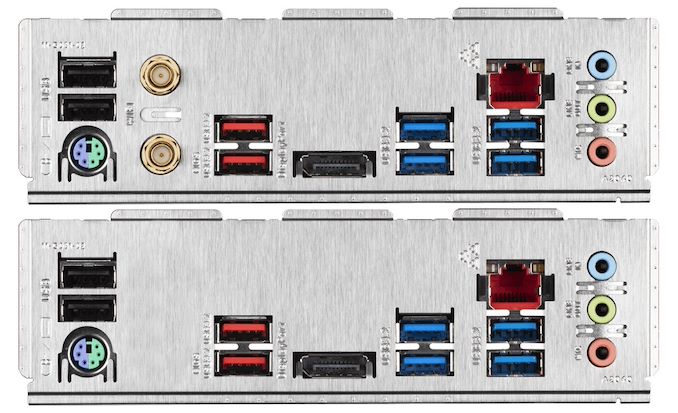 The only difference between both models is the inclusion of a Wi-Fi 5 CNVi on the AC model on the rear panel. Both models include two USB 3.2 G2 Type-A, four USB 3.2 G1 Type-A, and two USB 2.0 ports and omits any kind of Type-C connectivity, likely to save on costs. A single DisplayPort video output, three 3.5 mm audio jacks, an unspecified 2.5 GbE controller, and a PS/2 combo port finish up the rest of the rear panel. GIGABYTE also includes a nice metallic silver I/O shield.