The core clock speed advantage of the Core i5-10210U compared to the processor in the NUC8i5BEK gives the LIVA an advantage in the productivity workload. However, other scores are pulled down due to the single-channel memory. In fact, the only PC the LIVA Z3 Plus is consistently ahead of is the Gemini Lake-based LIVA Z2. 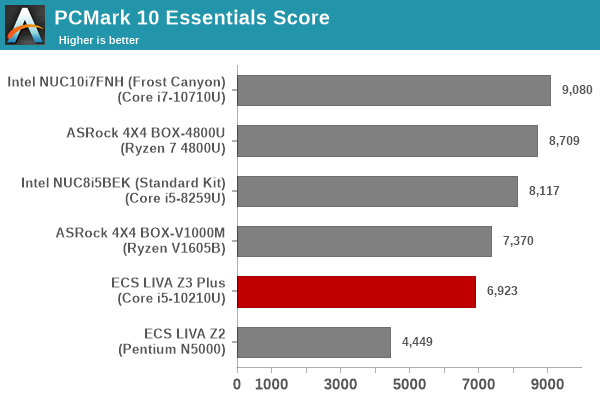 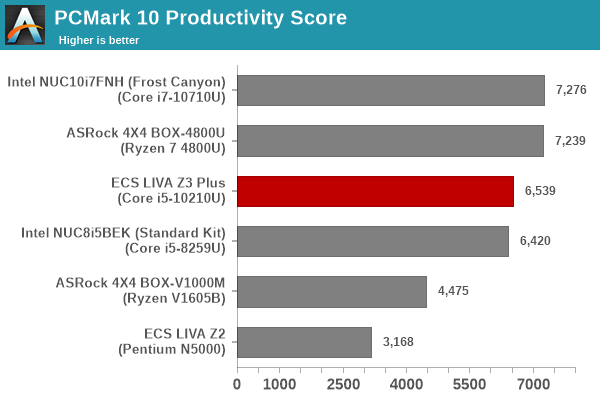 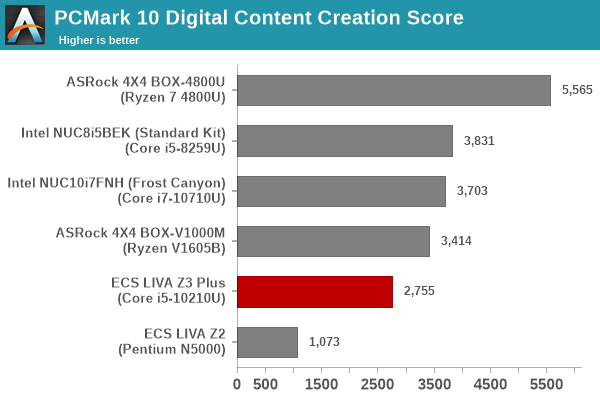 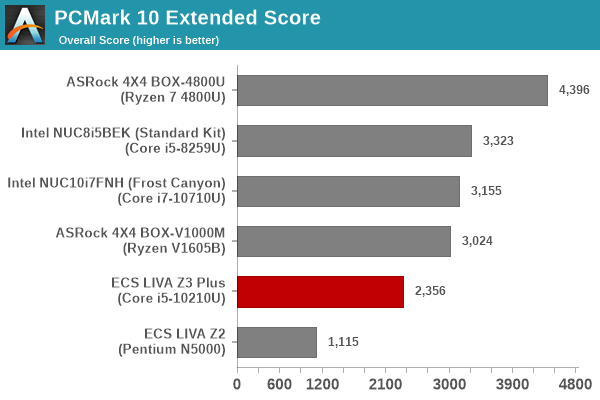 We continue to present PCMark 8 benchmark results (as those have more comparison points) while our PCMark 10 scores database for systems grows in size. PCMark 8 provides various usage scenarios (home, creative and work) and offers ways to benchmark both baseline (CPU-only) as well as OpenCL accelerated (CPU + GPU) performance. We benchmarked select PCs for the OpenCL accelerated performance in all three usage scenarios. These scores are heavily influenced by the CPU in the system. With GPU capabilities in the mix, the AMD-based mini-PCs manage a significant lead over the LIVA Z3 Plus. Other numbers follow the same comparative trend as seen in the previous benchmarks. 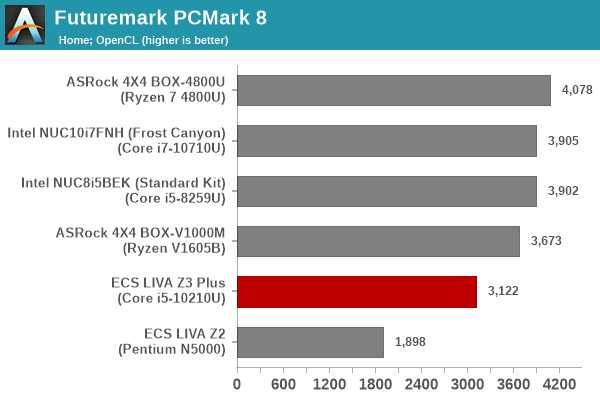 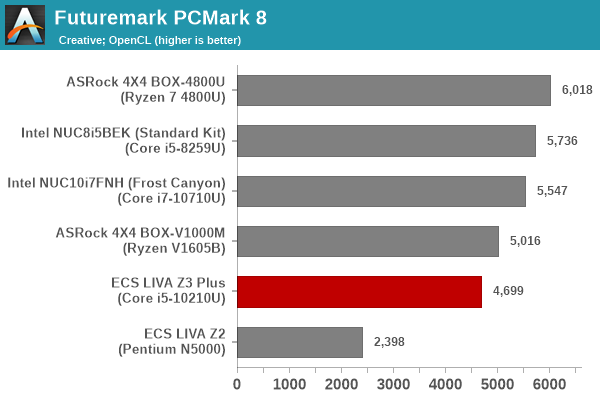 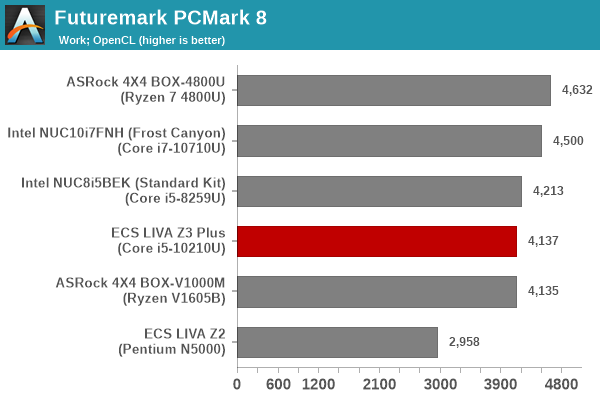 UL's 3DMark comes with a diverse set of graphics workloads that target different Direct3D feature levels. Correspondingly, the rendering resolutions are also different. We use 3DMark 2.4.4264 to get an idea of the graphics capabilities of the system. In this section, we take a look at the performance of the ECS LIVA Z3 Plus across the different 3DMark workloads. The scores indicate that the single-channel memory acts as a huge dampener for performance in graphics workloads due to GPU bandwidth limitations. 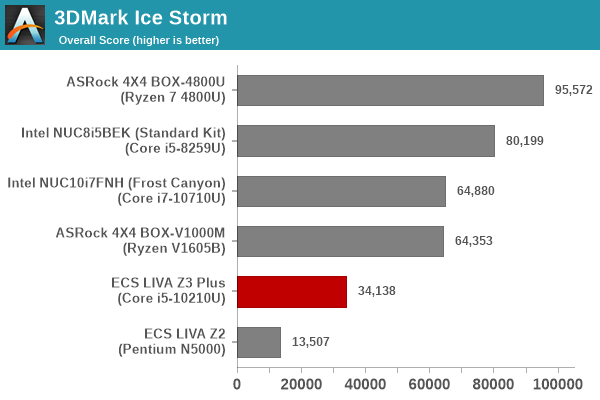 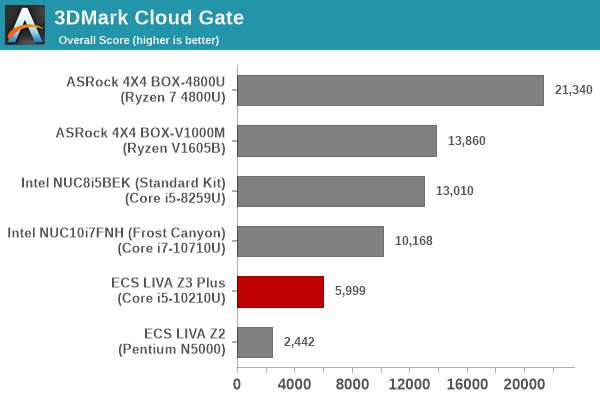 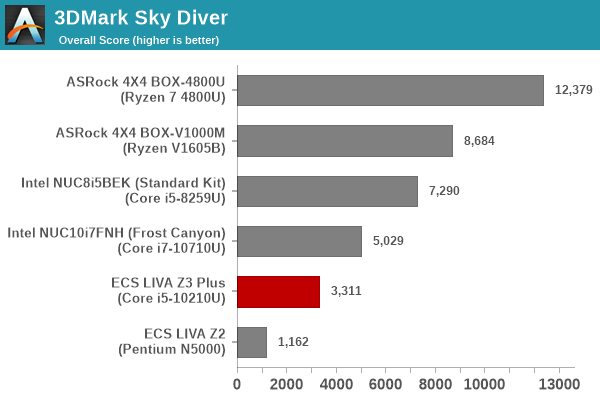