AMD NUCs such as the ASRock Industrial 4X4 BOX-V1000M represent the first serious non-Intel x86 play in the burgeoning UCFF PC market. Single-board computers (SBCs) have also developed well beyond their embedded markets focus, thanks to the popularity of Raspberry Pi and similar ARM-based kits. x86 has generally played second-fiddle in this market (mainly due to the cost factor). 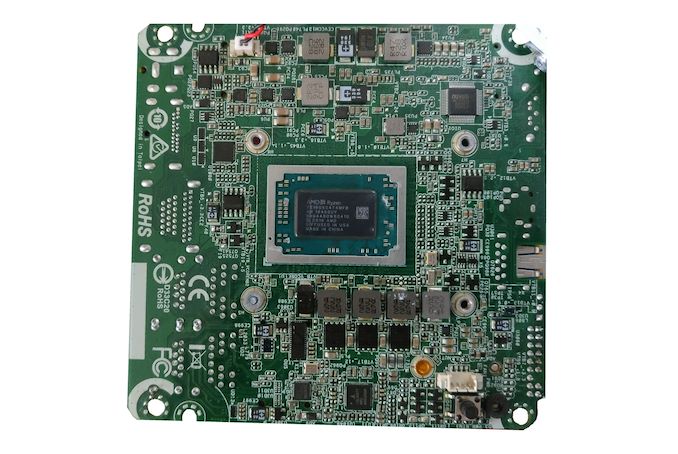 Intel's Atom-class SoCs have made some inroads in this segment, and the Ryzen Embedded series has enabled AMD to join the party. While vendors such as Udoo target the maker market with their Ryzen Embedded SBCs such as the Bolt v8, ASRock Industrial has adopted Intel's approach of selling boards and kits as separate SKUs for the NUCs - the SBC used inside the 4X4 BOX-V1000M (the 4X4-V1000M) is available for standalone purchase by other system integrators and computing solution providers. AMD's partners such as OnLogic have gone ahead and done exactly that to create systems such as the OnLogic ML100G-40. 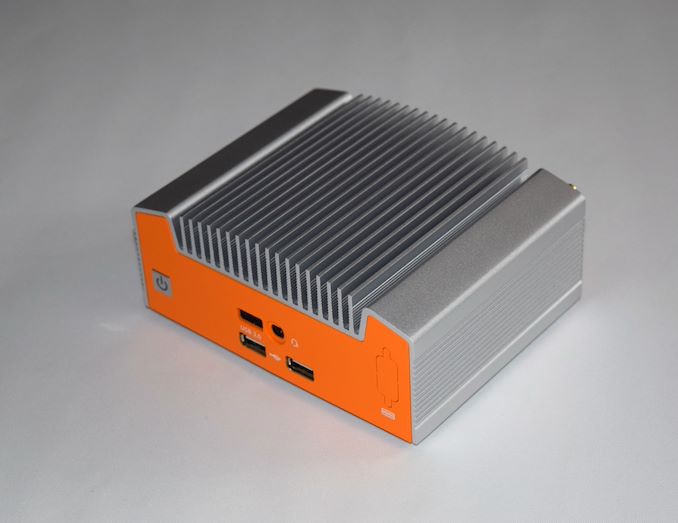 Consumers finding the performance and characteristics of the 4X4 BOX-V1000M suitable for their applications may require a pre-assembled passively-cooled configuration with ingress protection for deployment. The OnLogic ML100G-40 based on the 4X4-V1000M from ASRock Industrial is a perfect fit for that scenario. It must be noted that the Ryzen Embedded Series and ASRock Industrial / OnLogic's offering comes with a 10-year support cycle - this is important for industrial deployments.

In the preceding sections, we took a detailed look at the internals of the 4X4 BOX-V1000M, and subjected it to a variety of workloads typically run on compact PCs in home / SOHO / industrial environments. Storage and wireless networking benchmarks are usually run as part of our test suite, but not presented in this review because a SATA SSD was used in a slot that also supports NVMe SSDs. Comparing against other systems equipped with NVMe SSDs on the storage subsystem aspect is unlikely to provide any useful information. The Intel Wireless-AC 3168 is also a dated WLAN card (The Wi-Fi 6 AX200 has since taken over as the de-facto WLAN component in most computers today). With theoretical speeds of up to 433 Mbps, the 3168 card seems to have been put in place as a check-box item. In any case, applications requiring the latest wireless standards and peak performance can always replace the Wireless-AC 3168 module with a Wi-Fi 6 card such as the Intel AX200 - Note that only the PCIe version of the card is compatible, and not the CNVIo 2 one.

Overall, the 4X4 BOX-V1000M has given us with the opportunity to evaluate an AMD NUC after a gap of more than six years. In that time frame, AMD has scripted a remarkable turnaround. Due to the HEDT focus (at least on the marketing front) of the first-generation Zen microarchitecture and the resulting Ryzen CPUs, our expectations from the Ryzen Embedded V1605B SoC in the 4X4 BOX-V1000M were modest. In the end, we were pleasantly surprised. That said, the system has both pluses and minuses.

On the drivers aspect, certain popular productivity and creativity programs occasionally crash or hang. Driver updates often fix the issues (and sometimes create new ones in the process). While flaky drivers are the bane for all GPU vendors, it is an unfortunate fact that GPU drivers on AMD-based systems have given us more trouble during SFF PC benchmarking than others. That said, the applications for the Ryzen Embedded series are such that the expected workloads are usually sanitized thoroughly prior to deployment. New drivers are deployed only after qualification. The thermal solution and the PL1 / PL2 performance turbo scheme are tightly coupled aspects not discussed in the above lists - while the thermal solution is excellent in keeping things cool without throttling, the fan noise is not attractive. Recent BIOS updates have apparently modified the fan curves for better user experience. ASRock Industrial has also been conservative in configuring the PL1 / PL2 values. In the case of the Frost Canyon NUC, we saw the instantaneous package power go as high as 42W (with the Core i7-10710U operating in cTDPup mode of 25W). The 4X4 BOX-V1000M goes up to 26W before settling down at 22W. Given that the board is designed for industrial environments with possibly high thermal stress, the conservative approach can't be faulted.

The barebones version of the ASRock Industrial 4X4 BOX-V1000M is available for $390. We have seen it priced as low as $360 previously. All things said, the performance-per-dollar metric is excellent for this first-generation product. ASRock Industrial has already launched the second generation version using Renoir APUs, though its appearance at e-tail outlets is not imminent. Another aspect to consider is that the 4X4-V1000M board has a 10-year support cycle (due to the use of the Ryzen Embedded SoC). The longevity support is not available for the Renoir APU version. In conclusion, exciting times are in store for UCFF PC enthusiasts with the appearance of AMD-based NUCs like the 4X4 BOX-V1000M.