In days of old, ASUS’ TUF ‘The Ultimate Force’ motherboards were a byword for rigidity, offering five years warranty over the standard three, and the more premium models were built with full scale motherboard armor and dust covers to survive harsh environments. In recent generations, the TUF brand has been whittled down to a logo and some yellow stripes, and sits below the Strix brand, which itself used to be the budget brand.

For the TUF Gaming B550-Plus, we get an above average motherboard on the specifications. The power delivery heatsink is spread across two sides of the socket, but there isn’t really a rear IO cover of sorts. There is a single 8-pin power socket at the top, and these is where the aesthetic starts – a series of grey lines going from one corner of the motherboard PCB to the other, with some hellow thrown in for TUF. 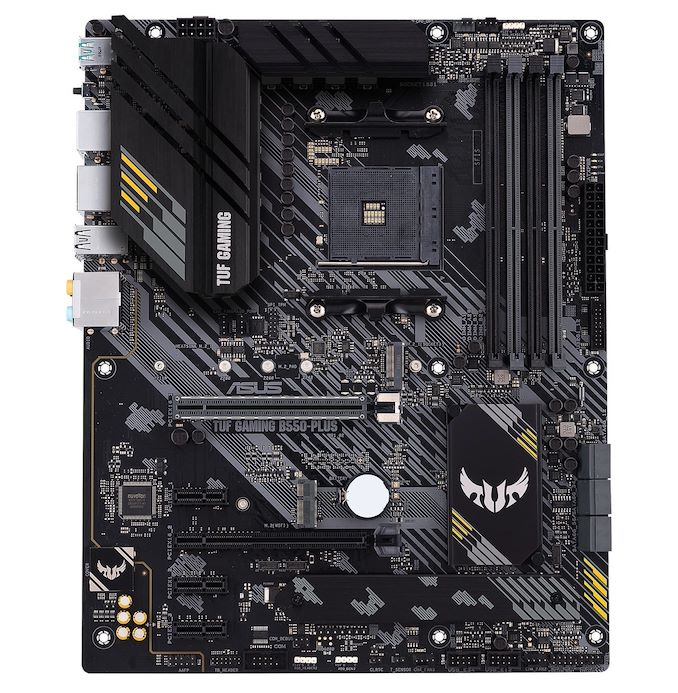 The socket area has access to four 4-pin fan headers, two above and two below the socket. There are four DRAM slots in alternating colors, each with single side latches despite the first PCIe slot being quite a distance away. On the right hand side of the board there is an RGB header, a 24-pin ATX connector, a USB 3.0 header, and six SATA ports. 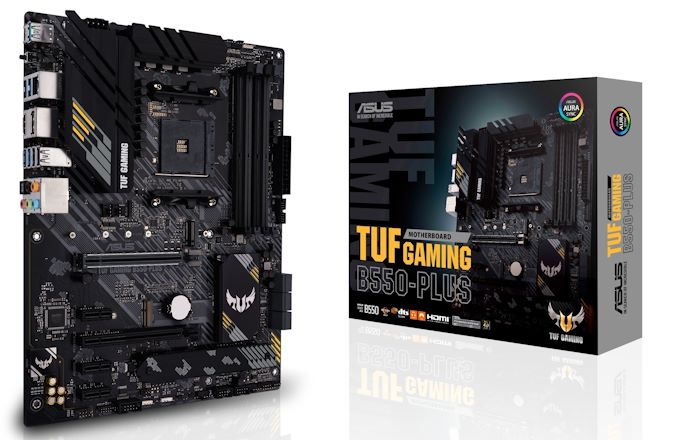 At the bottom of the board we have the audio subsystem (S1200A without additional amps), a Thunderbolt header, a COM port, RGB headers, a Clear CMOS header, a thermocouple header, two 4-pin fan headers, and two USB 2.0 headers.