Battle in the Canal

Our first benchmark is packed full of just about all of the stressful elements you will encounter throughout Half Life 2.  The demo starts aboard a boat driving in a tunnel before making a splash into a wide open body of water.  The boat is piloted over to the shore where the player dismounts and heads inside for some action.

We created this demo because it incorporates just about everything – water, the flashlight, a vehicle, engaging enemies indoors as well as outdoors and sunlight.  Since we’re dealing with all very capable cards here, let’s first look at performance at 1280 x 1024.  Remember that we used the highest detail settings with the exception of anisotropic filtering and antialiasing, which were both disabled for this test (we will look at their impact on image quality/performance later on in this review). 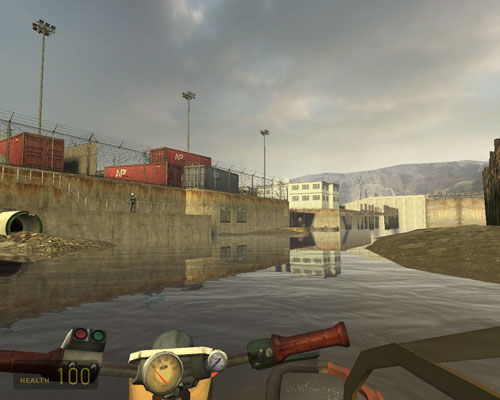 It’s no surprise that we find ATI’s Radeon X800 XT at the top of the charts here, but interestingly enough, NVIDIA’s GeForce 6800 Ultra is not far behind.  In fact, the X800 XT only outperforms the 6800 Ultra by around 5%.

At the $400 price point, the GeForce 6800GT is able to outperform the Radeon X800 Pro by just under 10%, so while ATI takes the #1 spot, NVIDIA takes numbers two and three here.

The Radeon 9800 Pro doesn’t actually do too bad at 1280 x 1024, however in actual gameplay the GPU can stutter a bit, interrupting an otherwise smooth performance experience.  Radeon 9800 and 9700 owners will find a much better balance of performance and image quality at 1024 x 768.

The biggest thing to take away from our resolution scaling graphs is an idea of what cards are best suited for 1024 x 768 and what it takes to have butter smooth performance at 1280 x 1024. 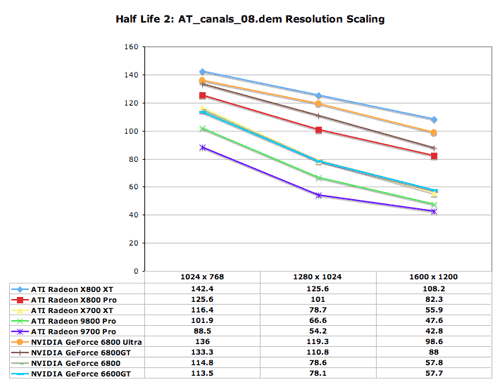