The Radeon Xpress 200 does hold an advantage over Intel's GMA 900 in that it actually runs Doom 3, but that's really where the advantages end. The game is not very playable with the integrated graphics core, even at 640 x 480. 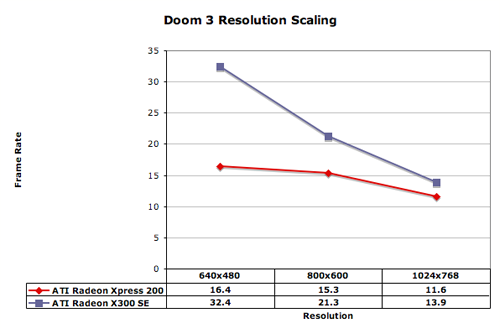 We did encounter a strange issue with the Radeon Xpress 200 in our testing, there are significant image quality issues with it under Doom 3. It doesn't make sense since, architecturally, there shouldn't be any difference between it and the X300 SE we compared it to (other than fewer rendering pipelines but that shouldn't cause the issue).

First, here's what Doom 3 should look like as rendered on our test Radeon X300 SE: 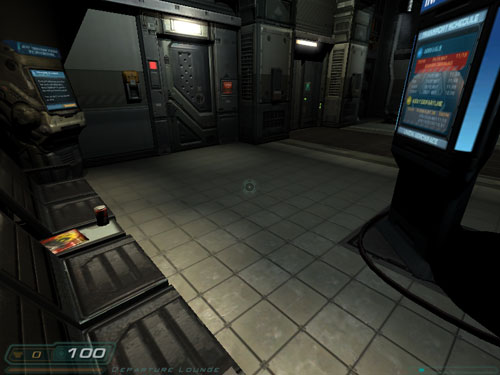 But here's what we get with the Radeon Xpress 200: 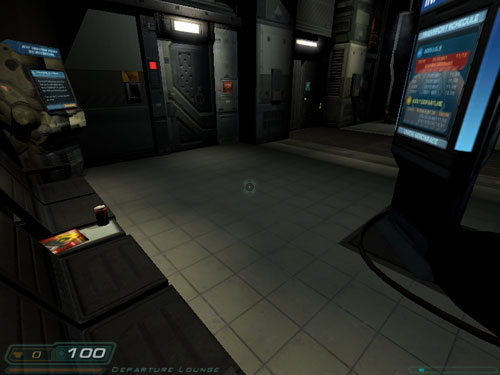 We have informed ATI of the issue and they are looking into it for us, but as far as we are concerned even with the image quality issues fixed, Doom 3 isn't really the type of game to be playing on integrated graphics, not even with the Radeon Xpress 200.

Using the Source Visual Stress Test we look at a preview of Half Life 2 performance on these integrated graphics solutions.

The Radeon Xpress 200 manages to perform reasonably well, definitely not as well as the X300 SE, but nothing that isn't playable. We will have to wait another week to see if it actually means that the integrated graphics will be playable in Half Life 2, but if the VST is any indication things are looking good. 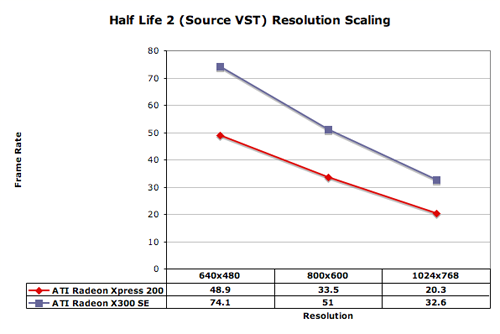 At 800 x 600 the Radeon Xpress 200 is playable, despite the fact that the X300 SE is 23% faster. Despite the fact that the Radeon Xpress 200 has much more memory bandwidth than the X300 SE thanks to the dual-channel DDR400 interface of the Socket-939 Athlon 64, its performance is significantly impaired by the reduction in rendering pipelines. But with the complexity of implementing fully floating point DX9 compliant rendering pipelines, it's tough to do more than 2 pipes at this stage without increasing cost significantly. 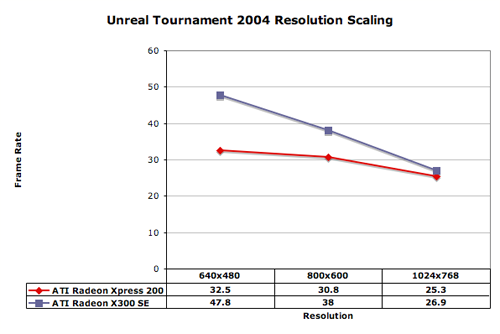 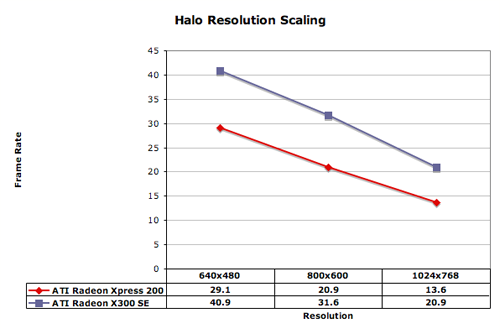 Based on the Quake 3 engine, performance here is important because the types of games that will be mostly playable on integrated graphics solutions will be older titles. 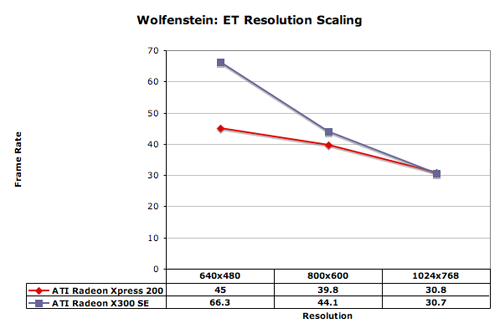