One of the driving features of performance in the high-end desktop space is the creator community: the need for fast CPUs and fast storage is strong, regardless of cost. Rendering video, requiring large 8K datasets, and being able to mix and match the hardware to meet the required performance is in-of-itself an exciting area to delve into. In order to meet the needs of the most demanding creators, ASUS is upgrading its quad M.2 card it put into the market last year to now support PCIe 4.0 SSDs for the latest AMD systems. 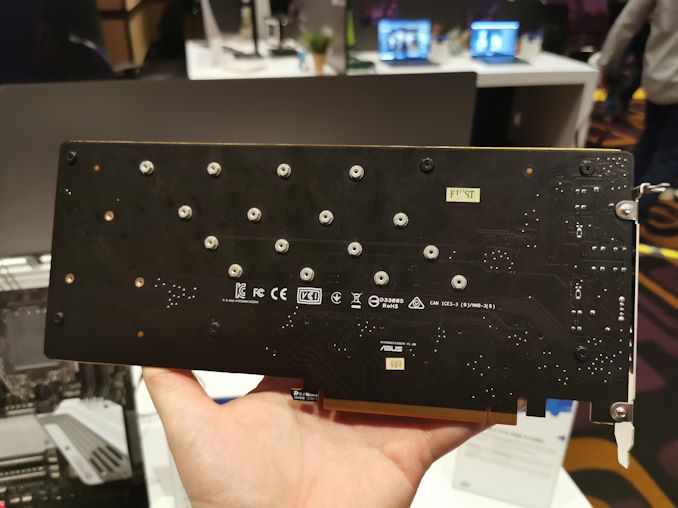 The card is essentially a mounting point to take a full x16 PCIe slot and bifurcate it into four separate PCIe 4.0 x4 links, which is each paired with an M.2 connector. Thus each drive should be able to achieve full speed – in order to ensure this, the drive also comes with a full aluminium heatsink and fan, which operates at a reasonably low RPM. The fan can be enabled or disabled via a switch on the PCIe bracket, and the bracket also has four activity LEDs for each of the drives. 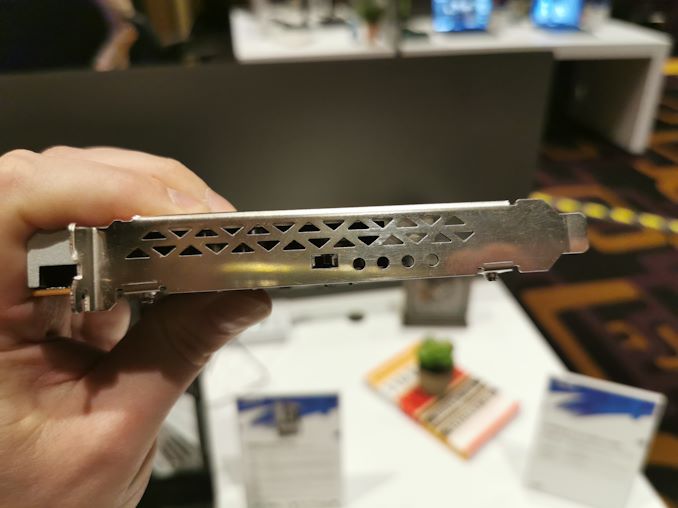 One of the big issues with the older PCIe 3.0 version was the support of the card on different systems. The card worked well on AMD systems, but had issue with Intel systems, because Intel’s PCIe solution did not support multiple endpoints in the same way. With this new solution, that problem ultimately disappears, because Intel has no PCIe 4.0 solution right now. 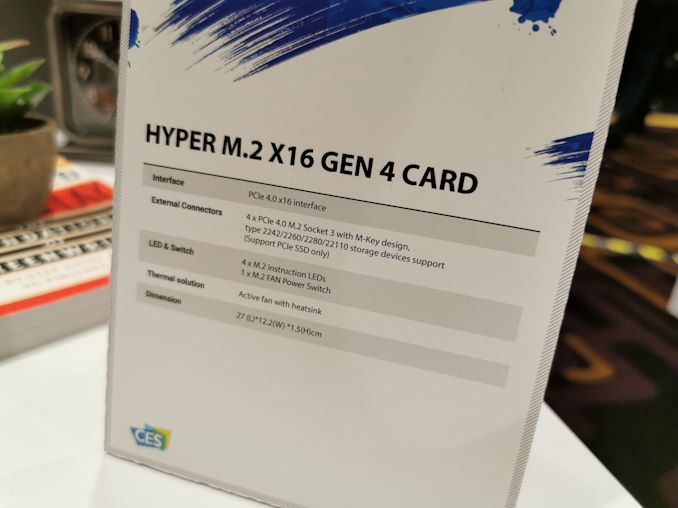 We expect the Hyper M.2 x16 Gen 4 card to be available soon, focused mainly for Threadripper and EPYC systems. Pricing should be equivalent to the PCIe 3.0 version.