Microsoft uses the PixelSense branding for their displays, and the display can handle touch as well as pen input. Featuring a resolution of 2256x1504, the Surface Laptop 2 features a pixel density of 201 pixels-per-inch. It’s sharp, but not as sharp as Microsoft’s Surface Book 13.5, which features a 3000x2000 resolution in the same 13.5-inch panel. 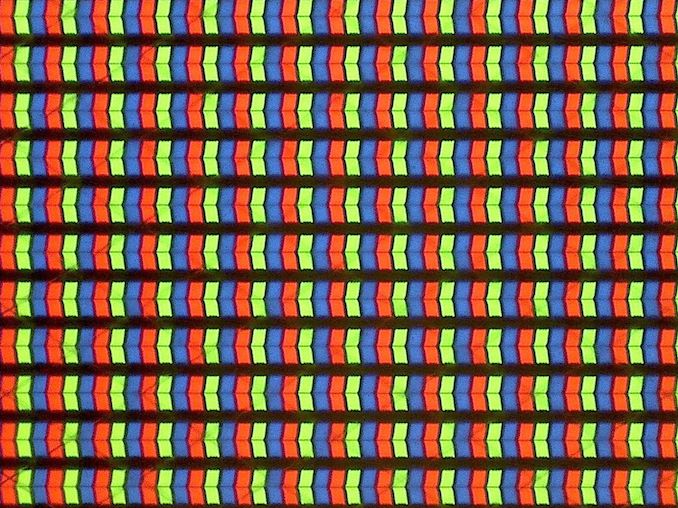 The 3:2 aspect ratio that the Surface lineup has settled on is wonderful for any sort of productivity work, and on a smaller laptop like this, the extra real estate provided by the taller display is very much appreciated. The taller aspect ratio means you get quite a bit more actual display than a typical 13.3-inch 16:9 notebook.

Although this device does support the Surface Pen and Surface Dial, there’s no way to lay the display flat to really take advantage of that, and Microsoft doesn’t offer on-screen support for the dial, which makes sense since it would just fall to the floor if you tried to use it that way. The display opens to around 135° and stops, so penning on it is possible, just not ideal. There’s also a good amount of resistance from the hinge, so using touch doesn’t induce a large wobble every time your finger pokes the glass, but the resistance is spot on because you can still open the laptop with a single finger. 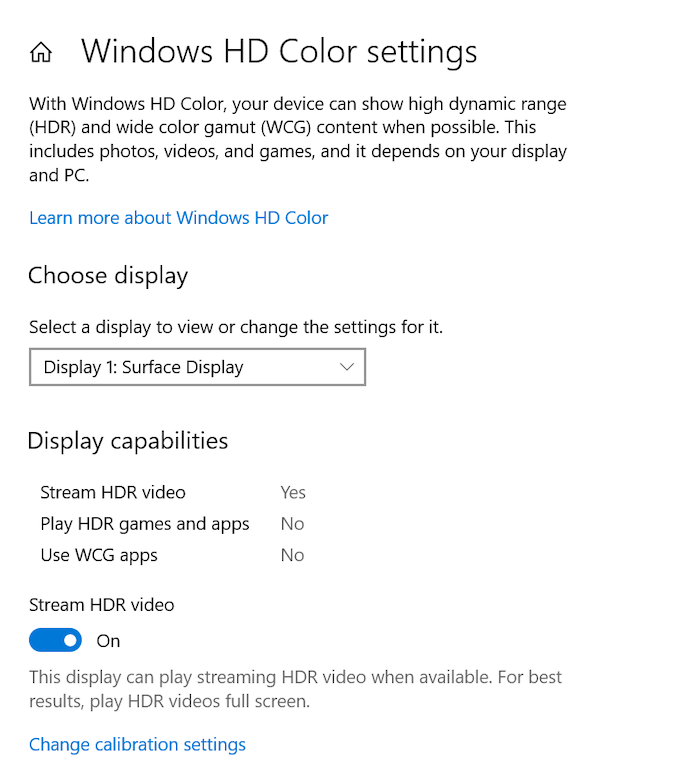 The Surface Laptop 2 doesn’t offer the extra color modes of the Surface Book and Surface Pro, where you can choose either sRGB or Enhanced (which offers a more saturated appearance without affecting skin tones). However like the other Surface devices, it does allow for HDR video playback, although it tone-maps it to the SDR display. 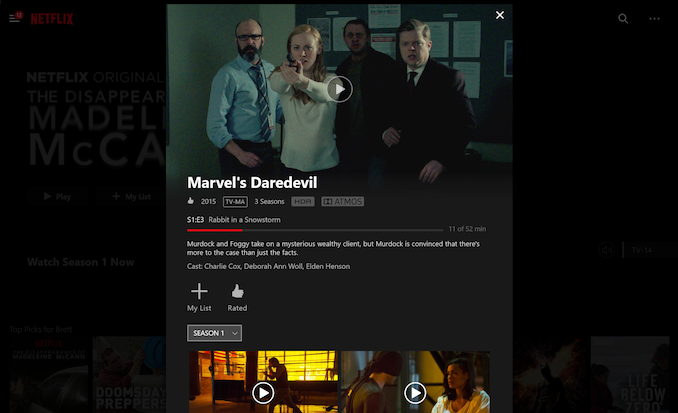 Microsoft hardware calibrates all of its displays at the factory across their entire lineup, from the Surface Go all the way up to the Surface Studio. And in the PC space (sans Apple) they are the only hardware maker to do this on all products.

That being said, the first review unit we received from Microsoft ended up not being calibrated. We’re not sure how that’s even possible, but it was certainly the case. As we almost immediately discovered, the error levels were what you’d find on any other uncalibrated laptop, meaning we were seeing primary colors that were not balanced (in this case the greens were too prominent) which in turn resulted in poor grayscale and color accuracy.

We reached out to Microsoft on this matter and they quickly determined the review unit had an issue, just as quickly swapping it out with a second device. To be clear, both devices were factory-wrapped, and if anyone ever thought that review units are cherry-picked, that clearly was not the case here, which is a good thing. We’ve tested a lot of Surface devices, and this is the only one we’ve ever seen with this issue since the company started calibrating displays back in 2015. So it’s likely not something to be too concerned about, but it was worth a mention.

To test the display’s capabilities, we leverage SpectraCal’s CalMAN 5 software suite with a custom workflow, and utilize the X-Rite i1DisplayPro colorimeter for brightness and contrast measurements, and the X-Rite i1Pro 2 spectrophotometer for color accuracy readings.

Likely the two biggest factors in the appearance of a good display are how bright it gets, and how dark it gets. A display with good contrast can really make a dramatic difference on perceived image quality, and although IPS panels can’t achieve the highest results, they’ve come a long way in the last couple of years. The Surface Laptop 2 gets up to almost 410 nits at 100% brightness, which is a strong result, but well under the Surface Pro 6 and the Huawei MateBook X Pro. It’s still a good result though. The contrast is also excellent, and you can see that immediately after powering on the machine for the first time. The high contrast of the Surface Book is one of the reasons it is one of the best displays in a notebook, but at almost 1500:1, the Surface Laptop 2 is also excellent. For those that want to use their laptop in a dark room, the brightness goes all the way down to 3 nits which is fantastic.

Despite this device offering a calibrated display, the grayscale accuracy isn’t perfect. It is still very good though, even though the primary color balance is low in red pretty much across the range. There is a bit of error creeping up as the display gets brighter, to the point where error levels are above five. We’d prefer not to see any error levels over 3.0, which is the yellow bar on the graph. The gamma is also off slightly. The result isn’t perfect, but it is still very good compared to the industry average which just has results all over the place.

Interestingly the blue results on the gamut test show that blue doesn’t quite fit in the sRGB spectrum, nor can it get quite to the correct level for 100% blue. As a secondary, magenta is also dragged off slightly. The error levels of all of the colors are good though, but as with grayscale, not perfect. 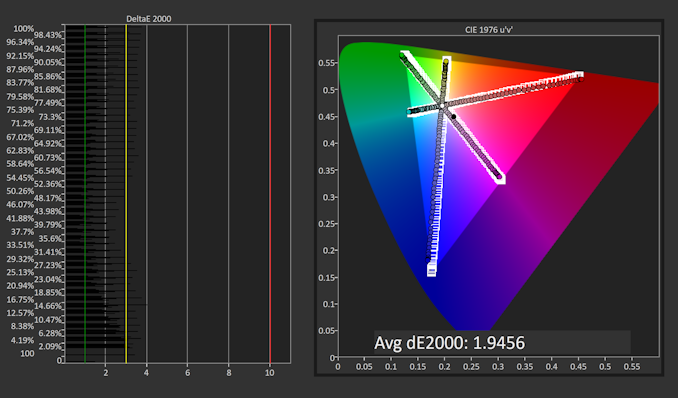 The saturation sweep is the same test as the gamut, but rather than testing just 0% and 100%, we also test in 4-bit steps across the entire range, and the results are unsurprisingly similar to the gamut, with blue being slightly off-axis, as well as red which drops off closer to 100% brightness. The overall error level is very good, but the results aren’t perfect. 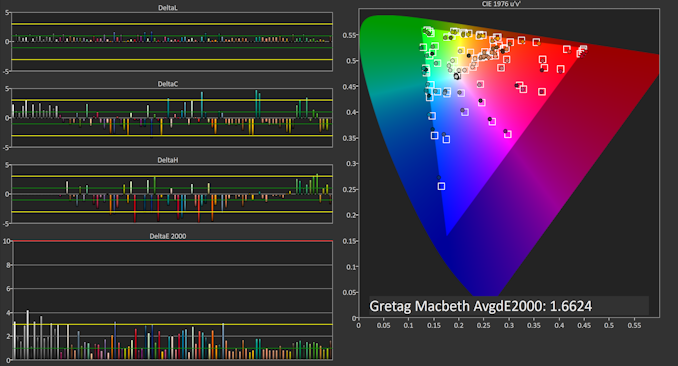 The Gretag Macbeth test checks colors off of the primary and secondary axis, including the important skin tones. The overall error level is excellent, with just a few of the results even being over the 3.0 cut-off of where the human eye can detect an issue.

Finally, to put all of these numbers and graphs into something that’s easier to visualize, this colorchecker shows the target color on the bottom of the image, and the achieved color on the top, so you can get a feel for what these results mean. There are some slight issues, especially with white, but on most of the rest of the patterns the error levels are low enough that it’s difficult to see any difference, which is what you want. Please note this is a relative result, since any error levels on your own display will impact the colors displayed in this image.

Overall, the Surface Laptop 2 has a display that is good, but not as great as some of its other Surface family siblings. You can see this throughout the display. The resolution and pixel density is not as high as a Surface Pro or Surface Book. The display is not as bright as either of those units either. It doesn’t offer the sRGB and Enhanced modes to chose from either. The color accuracy is not quite as good either. Clearly this is an area where Microsoft has cut back slightly to keep costs in check, and they’ve likely hit a good balance. Despite these downgrades compared to the Surface Pro or Surface Book, the Surface Laptop 2 still ships with a great display and one that is better than almost any laptop out there. The 3:2 aspect works really well in a laptop of this size, the pixel density is reasonable, and the display characteristics are not perfect, but still better than most.