As always, we'll take a look at power, temperature, and noise of the GTX 1660, though after having seen the GTX 1660 Ti in a similar if not identical design, we aren't expecting anything out of the ordinary. As mentioned earlier, we've seen the XC Black board with the GTX 1660 Ti not too long ago.

Using the same TU116 GPU as the GTX 1660 Ti, the voltages are unsurprisingly the same.

As for clockspeeds, the same broad points from the GTX 1660 Ti review apply. Clocks at +10W TDP and at reference 120W TDP are only slightly altered, and the trend of NVIDIA's conservative boost estimates continues.

Compared to the official average boost clock of the GTX 1660 Ti, the differences are also minor. 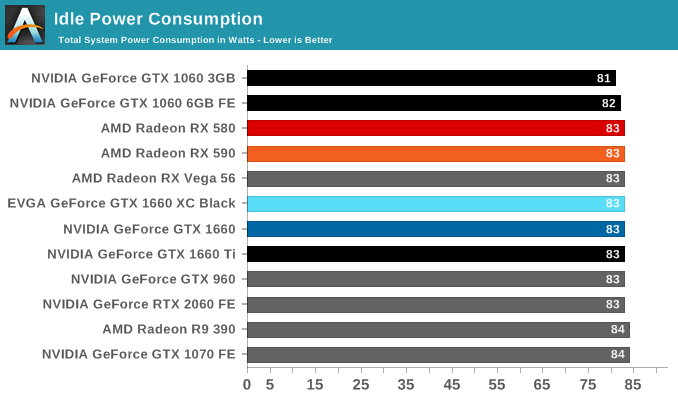 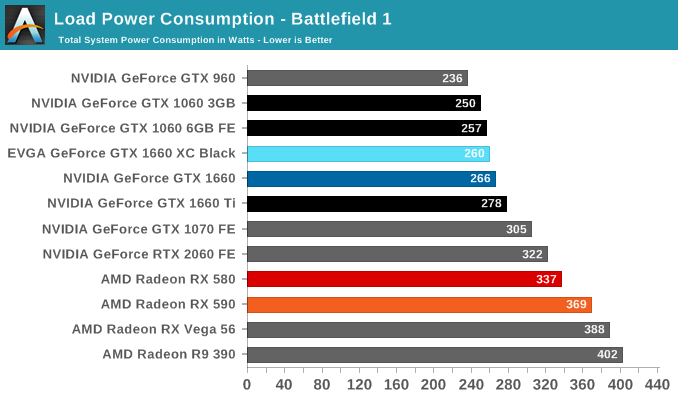 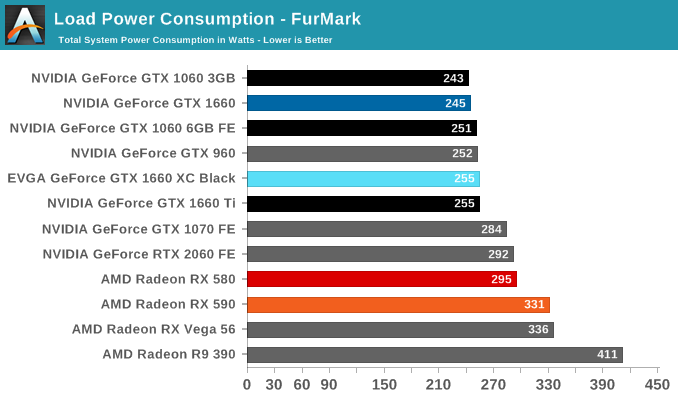 Meanwhile when it comes to idle power consumption, the GTX 1660 falls in line with everything else at 83W. With contemporary desktop cards, idle power has reached the point where nothing short of low-level testing can expose what these cards are drawing. 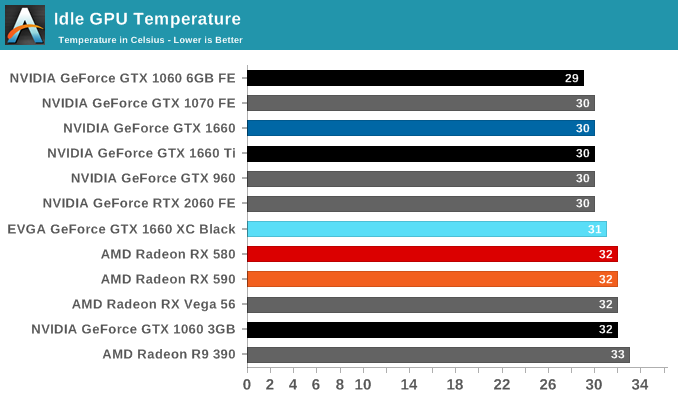 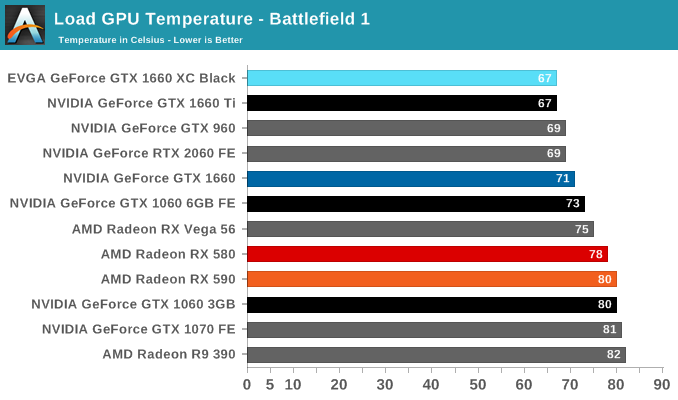 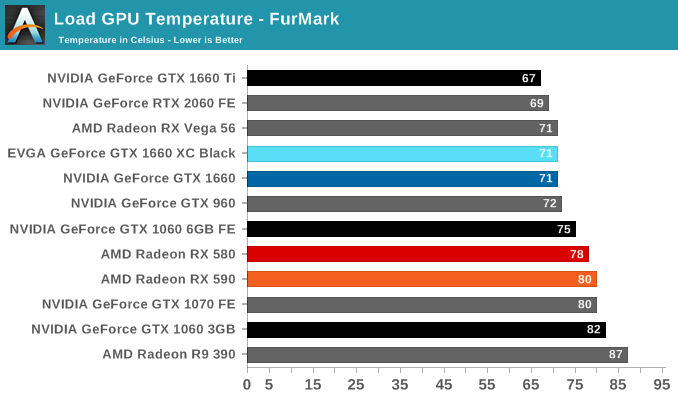 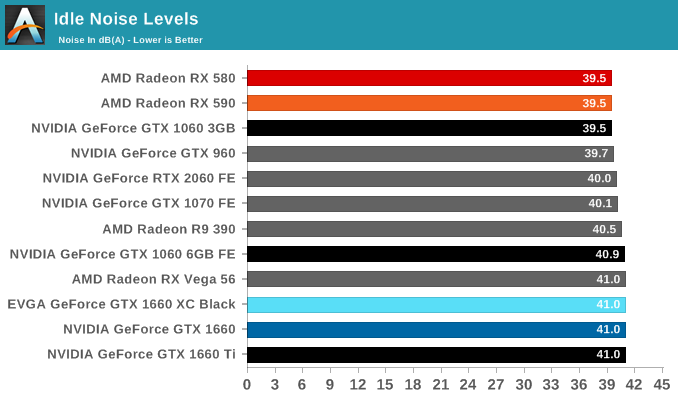 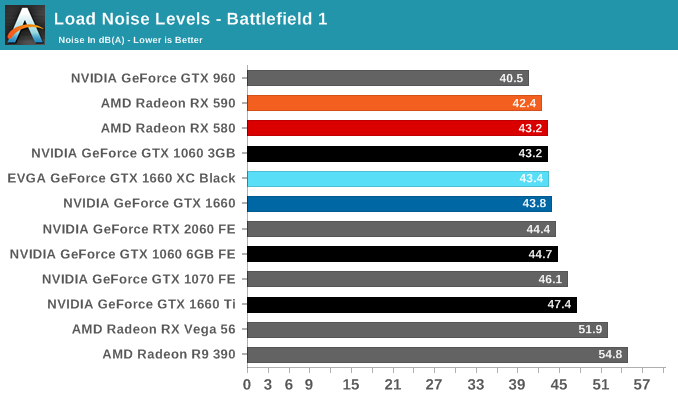 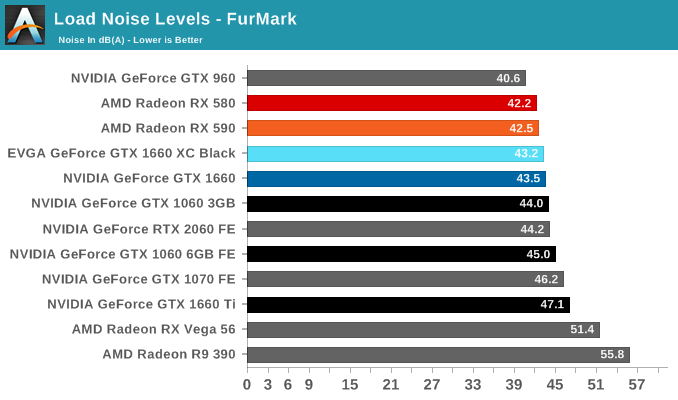 Turning again to EVGA's card, despite being a custom open air design, the GTX 1660 XC Black doesn't come with 0db idle capabilties and features a single smaller but higher-RPM fan. The default fan curve puts the minimum at 33%, which is indicative that EVGA has tuned the card for cooling over acoustics. But the curve is a little more forgiving at higher temperatures, and doesn't ramp up as much, reducing their noise levels significantly from the Ti XC Black.