As we bring this to a close, we are again revisiting the central themes of the GeForce RTX 20 series across the launches: forward-looking featuresets that are not widely available, premium pricing based on those hardware features, and competition with existing Pascal products due to comparable conventional gaming performance. This time, however, the last two have played out a little differently. Pascal-based GTX 1080, 1070 Ti, and 1070s are not so readily available and/or are at higher prices. And although the price premium pushes the GeForce RTX 2060 (6GB) out of the traditional mainstream home of the x60 part, it puts it firmly in contention against the Radeon RX Vega cards and to a lesser extent the recently-launched Radeon RX 590. 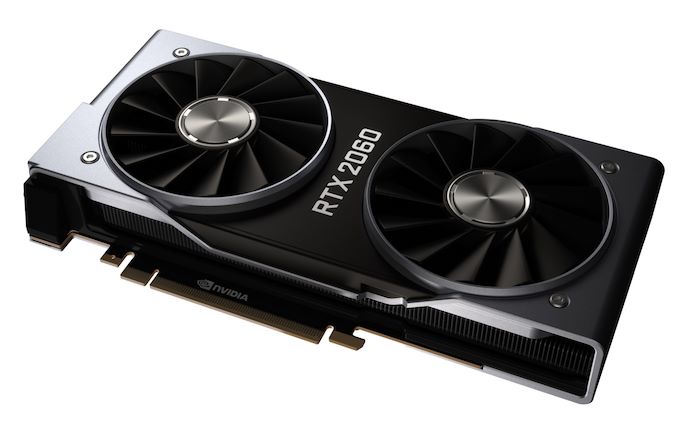 As a whole, in developing Turing and the GeForce RTX 20 series, NVIDIA has invested heavily in hybrid rendering, offering less price-to-performance for conventional gaming than usual for new GPU architectures. This has been compounded by excess Pascal inventory, a result of the cryptocurrency mining demand of the past year or two. The RTX 2060 (6GB) is no exception, and while it is a better price-to-performance offering relative to its older siblings, it’s simply no longer a ‘mainstream’ video card at $350, instead occupying the ‘value-enthusiast’ space.

Potential VRAM bottlenecks is something that needs further investigation, but more to the point, this is a $350 card featuring only 6GB VRAM. Now it is admittedly performing 14-15% ahead of the 8GB GTX 1070, a card that at MSRP was a relatively close $379, but it also means that NVIDIA has essentially regressed in VRAM capacity at this price point. In terms of the larger RTX lineup, 6GB is a bit more reasonable progression compared to the 8GB of the RTX 2070 and RTX 2080, but it is something to revisit if there are indeed lower-memory cut-down variants of the RTX 2060 on the way, or if games continue the historical path of always needing more framebuffer space. The biggest question here isn't whether it will impact the card right now, but whether 6GB will still be enough even a year down the line. 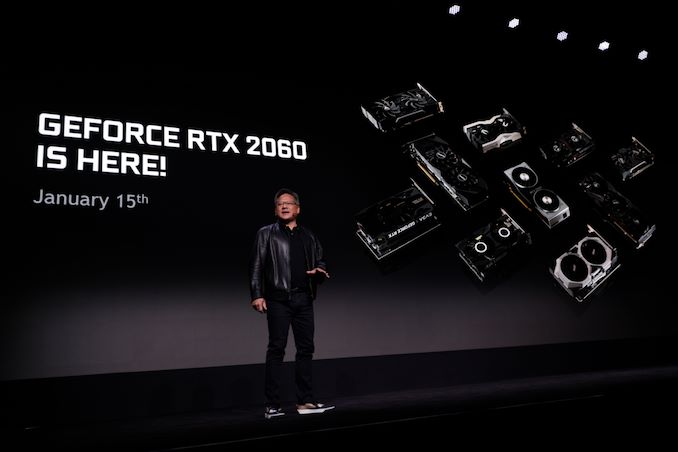 What makes the $350 pricing at least a bit more reasonable is its Radeon competition. Against RX Vega at its current prices the RTX 2060 (6GB) is near-lethal, so if AMD wants to keep their Vega cards as viable market competitors, they are going to have to reduce prices. Reference-to-reference, the RTX 2060 (6GB) is already bringing around 95% of RX Vega 64 performance, so card pricing will make all the difference. The same goes for the RX 590, whose position in the ‘performance gap’ between the RX Vega 56 and RX 580 is now shared. And alongside potential price changes, there are still the value-adds of game bundles and FreeSync compatibility.

At least, that would have been the straightforward case for AMD if not for yesterday’s announcement of game bundles for RTX cards, as well as ‘G-Sync Compatibility’, where NVIDIA cards will support VESA Adaptive Sync. That driver is due on the same day of the RTX 2060 (6GB) launch, and it could mean the eventual negation of AMD’s FreeSync ecosystem advantage. 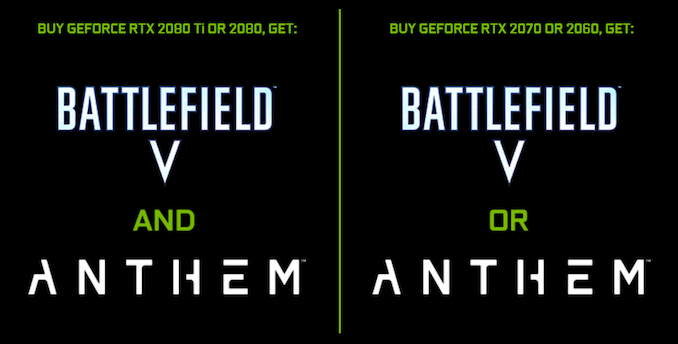 Like the RTX 2070, the RTX 2060 (6GB) is less suited as an option for most high-end GTX 10 series owners, and with 6GB VRAM as it’s a little less tempting than it could be as a move up from the GTX 1060 6GB or GTX 980 Ti. The card offers known performance along the lines of the GTX 1070 Ti and at very similar power consumption, but brings better value than existing higher-end RTX 20 series models. And this time, there’s less of a spoiler effect from older Pascal models.

Compared to previous generations, it’s not breaking the price-to-performance curve, as it is still an RTX card and pulling double-duty as the new entry-point for RTX platform support. That being said, there is no mincing words about the continuing price creep of the past two GeForce series. The price-to-performance characteristics of the RTX 2070, 2080, and 2080 Ti is what renders the RTX 2060 (6GB) a better value in comparison, and not necessarily because it is great value in absolute terms. But as an upgrade from older mainstream cards, the RTX 2060 (6GB) price point is a lot more reasonable than the RTX 2070’s $500+, where there more of the price premium is from forward-looking hardware-accelerated features like realtime raytracing.

So the RTX 2060 (6GB) would be the most suitable for gamers that aren’t gung-ho early adopters or longtime enthusiasts. The caveat is on the 6GB framebuffer, keeping in mind that the 4GB GTX 980 and 970 now punch below their weight in certain games, given the trends of HDR, HD texture packs, high-refresh rates, and more. Beyond that, the RTX 2060 (6GB) and RTX 2070 comes with a choice of Anthem or Battlefield V, as part of the new bundle. For a prospective buyer, this might not justify $500 but might outweigh $350, especially as realtime raytracing can be immediately tried out with Battlefield V. In the same way, upcoming support for adaptive sync could do the same for those looking to upgrade to a monitor with variable refresh rate.