The Toshiba/SanDisk 3D NAND has consistently shown worse burst random read performance than its competition, and the WD Black SN750 does nothing to change that pattern. The SN750 is insignificantly faster than last year's model, but both the Plextor M9Pe and Corsair MP510 get better read latency out of this NAND by pairing it with different controllers.

On the longer random read test that also brings in some higher queue depths, the WD Black SN750 is still quite a bit slower than the best combinations of Silicon Motion controller and Micron NAND, but at least this time the drives that use the same Toshiba/SanDisk BiCS3 NAND with different controllers aren't so far ahead of the WD Black.

The WD Black SN750 is just a touch more efficient than its predecessor on the random read test, allowing it to retake a small lead among TLC-based drives here rather than being in a tie with the Toshiba XG6.

When the WD Black SN750 is pitted against most of last year's competition, it does at least catch up if not pull ahead in random read performance at higher queue depths, while never requiring as much power. But the Silicon Motion SM2262EN drives are faster at all queue depths, though not in proportion to how much more power they require. 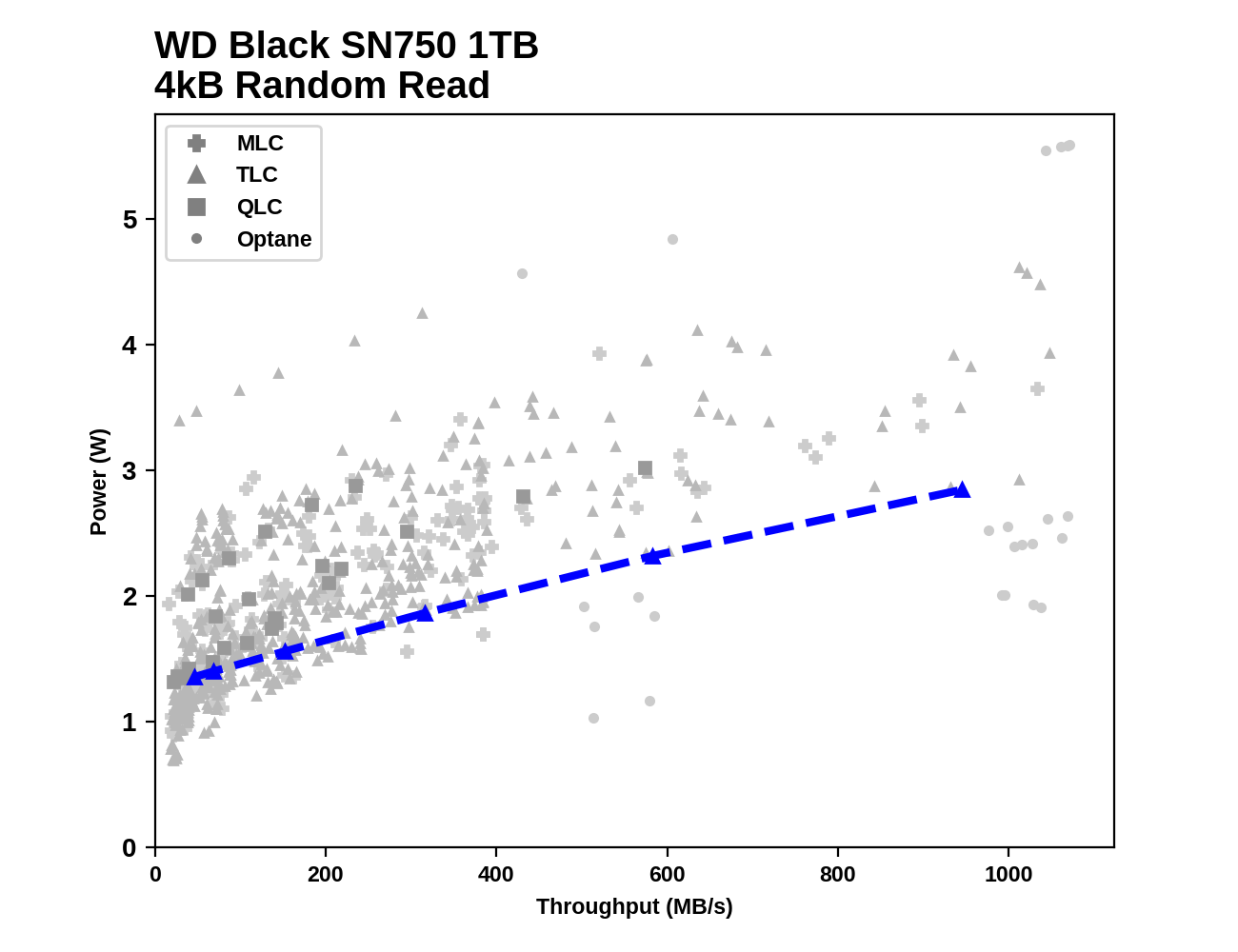 At low queue depths the random read performance of the WD Black SN750 is down in SATA performance territory where some drives can beat it on performance and power consumption. But at higher queue depths, it is obviously the most efficient NAND-based SSD we've tested for random reads.

On the longer random write test that brings in higher queue depths, the WD Black SN750 is roughly tied with the SM2262EN sample for first place and is a few percent faster than competitors like the Samsung 970 EVO and Corsair MP510.

The SN750 is the most power efficient NVMe drive on our random write test, pulling slightly ahead of the Toshiba XG6 and the older WD Black, and maintaining a substantial lead over most other high-end NVMe drives.

The WD Black SN750 hits full speed for random writes with a queue depth of 4 or higher, and maintains steady performance for the rest of the test while drawing just over 3 W. 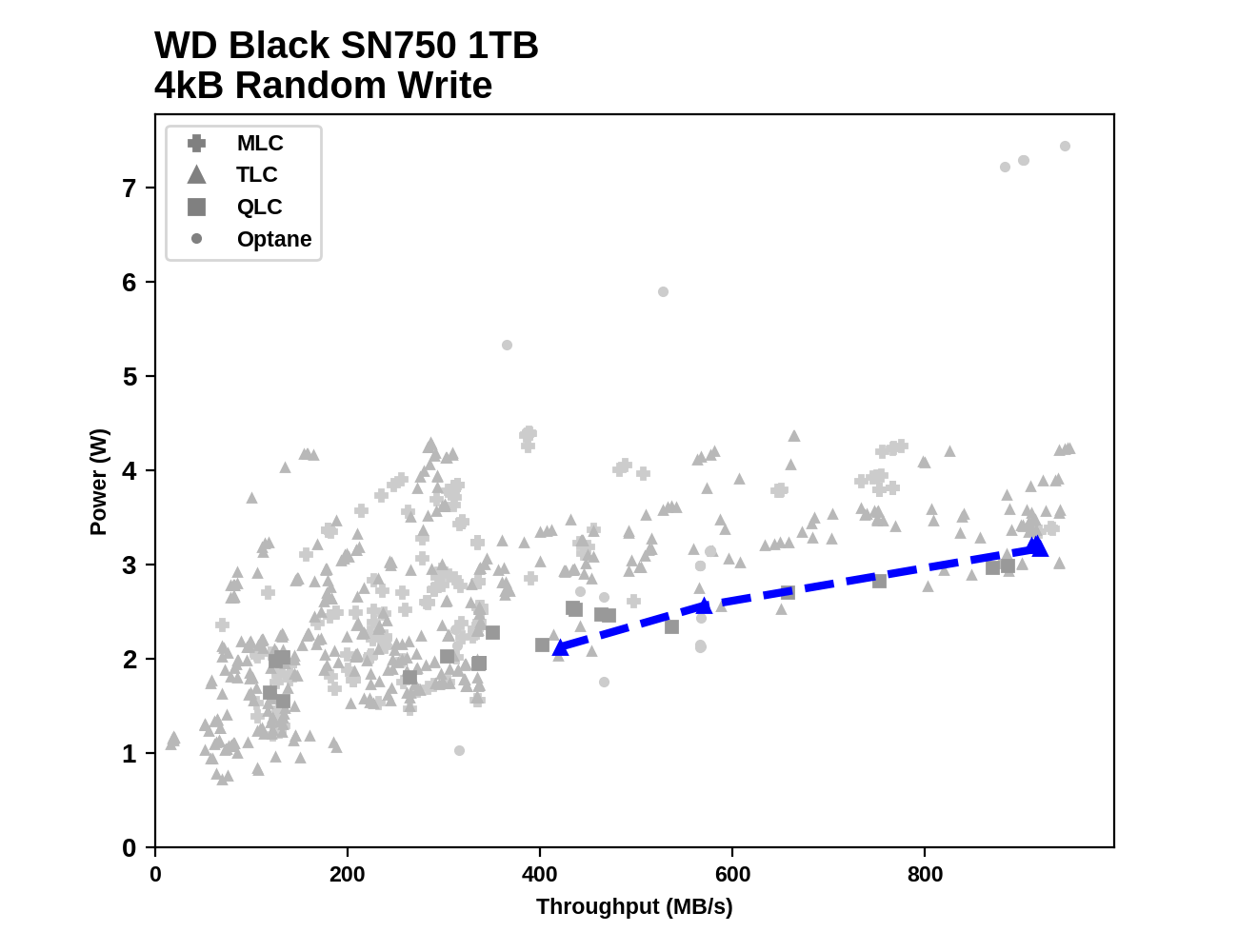 The WD Black SN750 is very close to the being the most efficient flash-based SSD for random writes that we've ever tested, but there are a few data points in the archive that are slightly faster at similar power levels.