Although Shuttle was showing off a BTX SFF at Intel's showcase, they had their own version of the BTX standard on display in their latest SFF based on Intel's 925X chipset: 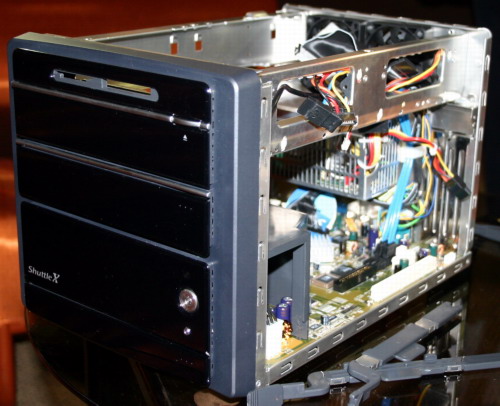 Shuttle's 925X SFF employs many BTX-like features, but others that Shuttle claims make it "better than BTX." For starters, the system has a smaller form factor than even a picoBTX based system could achieve. 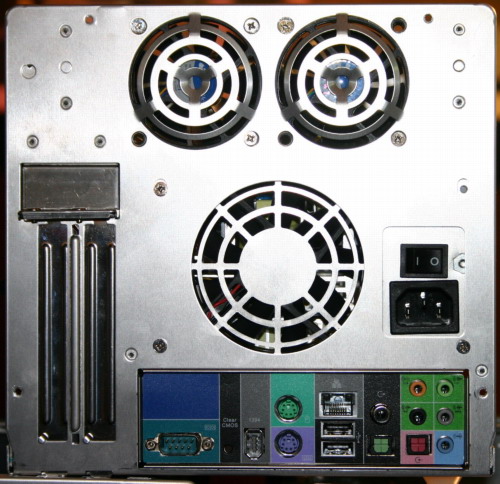 Note the three fans at the back. The larger one in the middle is for the 350W PSU, the two at the top are dedicated fans for the two hard drive bays at the top of the case.

What's also very nice is the inclusion of a clear CMOS button at the back of the case, a feature Shuttle introduced with their Zen platform: 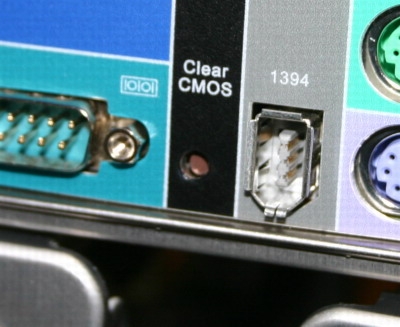 Having a clear CMOS button on the back helps avoid dealing with setting a jumper in the cramped internals (as clean as they may be on the Shuttle box).

The two connectors below are another unique feature of the 925X based SFF PC: 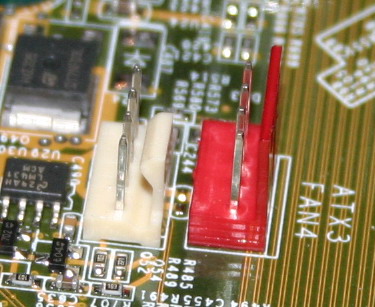 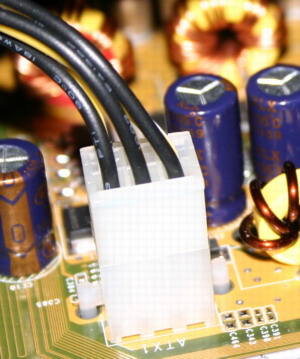 Shuttle's connector has 3 x 12V lines and 3 ground lines, and is necessary because Shuttle does not use a standard power supply connector setup for this system.