A lot has happened in the past 24 hours, enough to warrant a recap:

In our initial Computex coverage we included the first pictures and information about NVIDIA's NV45. Every Tier 1 OEM received a single NV45 card to show in private meeting rooms, we managed to get a hold of one.

Our NV45 follow-up confirmed that the NV45 was basically NV40 with NVIDIA's HSI (aka AGP-to-PCI Express bridge), the HSI chip residing on the same package as the NV40 chip.

Which brings us to where we are today, we had a few questions that remained unanswered but thanks to the help of some of our sources we're finally able to close the book on NV45. So without further ado, let's get to it:

We've already answered this one, NV45 is basically NV40 + NVIDIA's HSI chip on a single package; in other words, NV45 is a PCI Express NV40.

Question 2: When is NV45 being released?

We've heard two different things from manufacturers. Some manufacturers have told us that NV45 will be available in August, while others have basically said that NV45 won't be out this year, instead we will see NV48 arrive as an AGP refresh to NV40 by Christmas.

What will most likely happen is that NVIDIA will determine the fate of NV45 by the acceptance (or lack thereof) of PCI Express this year. If the acceptance is low enough, NV45 will be pushed out to next year, otherwise we may see it in Q3/Q4. Regardless of what happens, it does seem like NV48 will be NVIDIA's fall refresh product, and that will be an AGP solution.

Question 3: What are NV45's clock speeds?

Currently it seems that NV45 is running slower than NV40, but there may be plans for NV45 to be clocked slightly higher. Again, this seems to be more dependent on what happens with sales of PCI Express chipsets.

Question 4: What is the strange power connector on NV45?

The power connector seen below on NV45 is what threw a lot of us off, but we've finally figured it out. 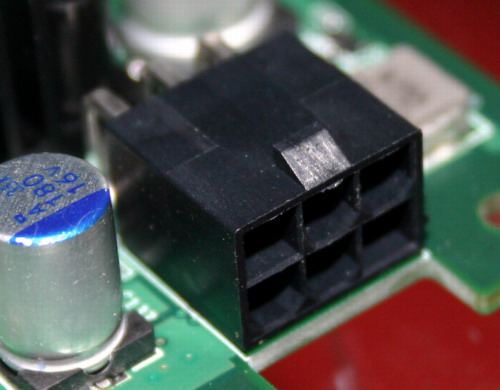 The power connector is basically another 12V power rail from the PSU, similar to the 4-pin power connector that Intel introduced with the Pentium 4. Although the connector could theoretically also be four pins (2 x 12V pins and 2 ground pins), in order to avoid people getting it confused with the 12V CPU connector it is made as a 6 pin connector block. 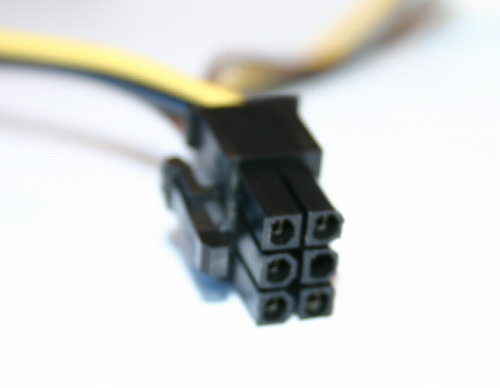 Currently you simply plug two 4-pin molex connectors into an adapter that then plugs into this new 6-pin connector, but in future ATX power supplies this connector will be present (just like the 4-pin CPU power connector became standard). 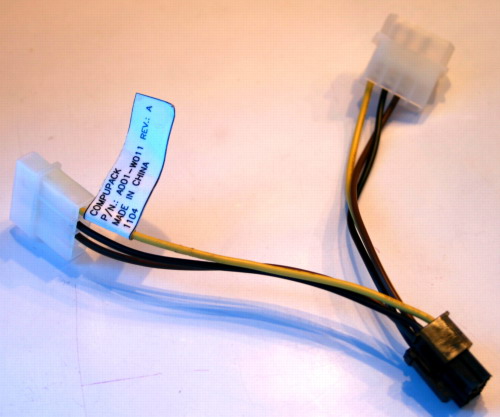 In fact, the connector isn't a NVIDIA standard at all, it appears to be a PCI Express thing as ATI's PCI Express X800 features the same connector: 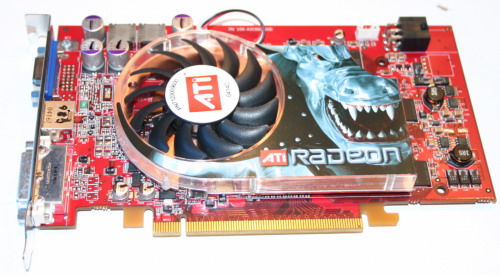 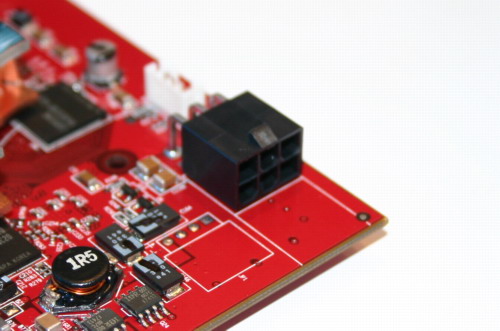 NVIDIA isn't the only one with this new connector...

There you have it folks, the NV45 story is open and closed. Which leaves us with the next topic of discussion: NV48...