This section looks at how the Seagate Fast SSD and the SanDisk Extreme Portable SSD fare in real-life workloads. 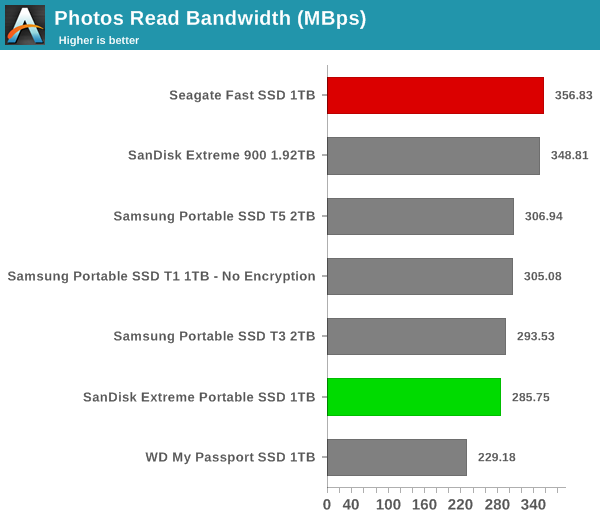 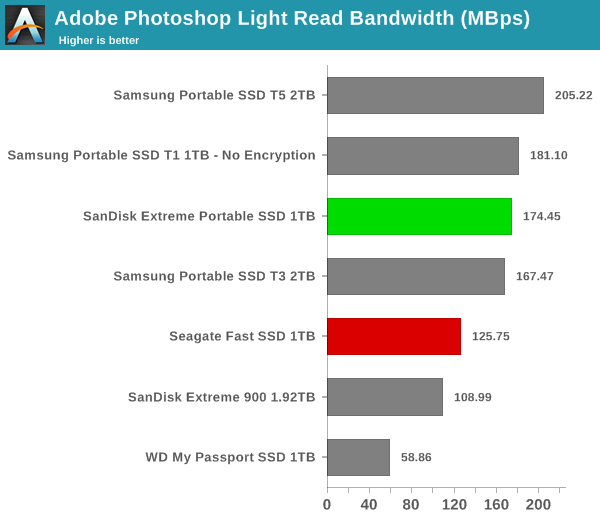 An important point to note here is that each of the first three blue and green areas correspond to 15.6 GB of writes and reads respectively.

The Seagate Fast SSD has higher instantaneous transfer rates, and gets done with our workload faster than the SanDisk Extreme Portable SSD. However, while the other drives show consistent performance (unless thermal throttling kicks into place), we see the Fast SSD's write rates drop to the 50 MBps range before recovering at a slightly reduced rate. This shows the SLC cache running out and the drive finding it a bit challenging to recover performance while still trying to keep the host occupied.

On the thermal front, neither SSD has issues with throttling. The Fast SSD lands up at around 52C at the end of our benchmark routine. The SanDisk Extreme Portable is around 65C. The sealed nature and the IP55 rating of the Extreme Portable SSD is a bit of a challenge for cooling, but, the good news is that consumers are unlikely to encounter throttling in day-to-day usage.