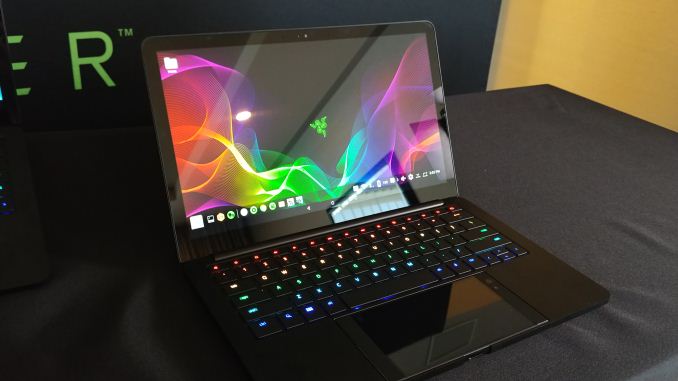 At the start of CES, Razer announced Project Linda: a clamshell accessory for the Razer Phone that turns the smartphone into an Android-based laptop. The idea is that the phone is inserted into where the mousepad is, with the smartphone screen being used as the mousepad, the CPU, the GPU, and what the clamshell provides is a keyboard, USB and other ports, and a touch display similar in resolution to the smartphone, and some extra storage/battery, but at 13-inches. Some of the key features of the smartphone, such as the front-facing speakers, are used for audio. Ultimately this is meant to be for gamers that want to play Android games on a bigger screen with a mouse and keyboard, but still have something on the go that is better than a standard phone for standard workday things. 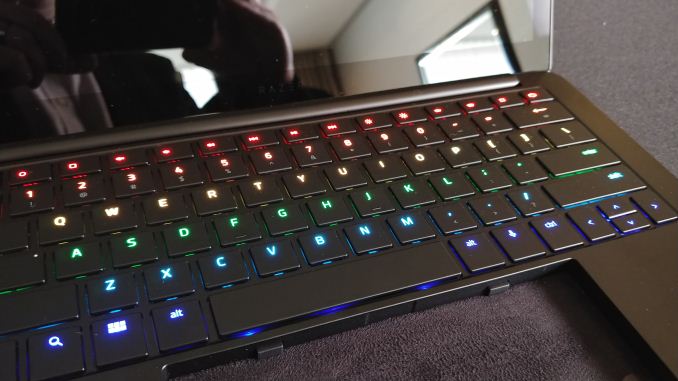 At the Razer suite, there were a couple of prototypes in action. Despite the software being nearly there, the hardware, for the most part, was done and fully working. The keyboard is RGB backlit, using chiclet-style keys, and the display (while not 120 Hz) was very bright. With the phone installed, it weighed about the same as my 13-inch laptop, though it was noticeable that all the weight was in the smartphone. Without the smartphone installed, it was very light. 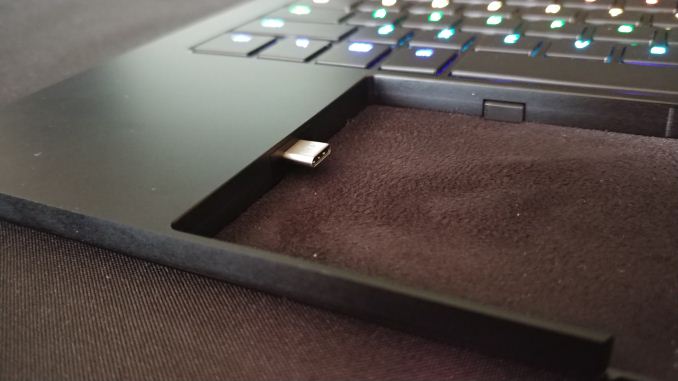 One key feature I spent some time looking at was the mounting mechanism for the smartphone. Razer had lined the docking bay with a felt so as not to scratch the smartphone when it is inside, and in order to enable the USB Type-C connection, there is a button on the keyboard that forces a motor to protrude a USB Type-C connector. This is best displayed in a video:

To be honest, the noise of the motor was good. However, there were a few concerns. With the shape of the Razer phone, it could obviously be put in four different ways: the right way, the right-way-up but the wrong way around, the wrong way up and the right way around, or just the wrong way altogether. Because the motor that pushes the connector is based on the keyboard and not from the smartphone, there would be no way to save either device if the smartphone was put in incorrectly. Arguably if the phone was just upside down, the USB-C would still go in, but the user would not have a touch-pad, but the wrong way around would certainly break *something*. When discussing with engineers, there was no obvious solution to avoid users accidentally doing this, and the advice was ‘don’t’. 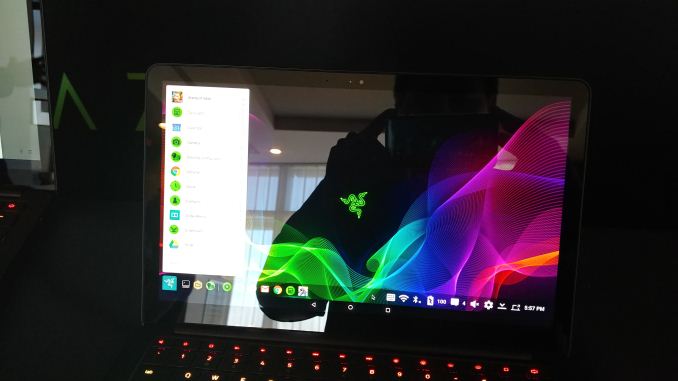 There are still a number of bugs to sort out on the software, but Razer expects Project Linda to be ready to go, perhaps in Q2. While it won’t be applicable for my user workload, and Razer ultimately targeting a small market (i.e. Razer Phone owners only) that also have the need for an Android laptop/gaming device, Razer is fully confident about enhancing its ecosystem. Unconfirmed rumors around Razer’s next mobile device point to a Q3 launch, with perhaps Linda focusing on that as a primary attachment device. We were unable to confirm these rumors.