Shuttle created what has become the SFF market with their first shipment of the SV24 in 2001. The current Shuttle SFF line has grown to some 16 models from those beginnings. In the last year, AnandTech has also received a huge number of review requests from many different manufacturers with a "new" SFF computer. Based on these developments, the SFF appears to be a huge and growing success story in the computer industry.

Shuttle continues to dominate SFF sales. While some competitors now produce competent SFF systems, no one appears to focus constant attention on their SFF line as Shuttle does. This constant attention to SFF development and improvement is one of the key reasons why Shuttle has achieved such success in the SFF market.

With the ST61G4, Shuttle brings the ATI IGP to market in a new 250-watt Chassis design. Shuttle worked closely with ATI in developing the ATI IGP system; early ATI prototypes were built around a Shuttle XPC chassis. The current shipping XPC ST61G4 is based on the second revision to ATI's 9100IGP chipsets, which is said to provide improved performance over the earlier prototypes. 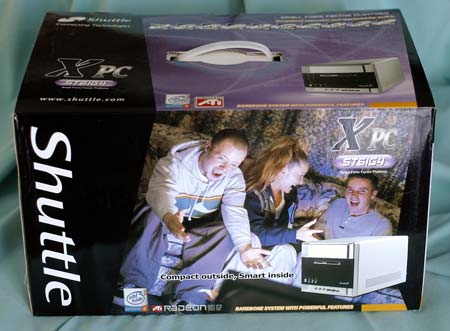 As you can see from the packaging, the ST61G4 is a new Shuttle chassis that replaces the aging 3.5" floppy with a bootable flash-card reader. What you can't see on the outside is a new 250-watt Shuttle designed "Silent-X" power supply - one of the largest power supplies to appear in a SFF. 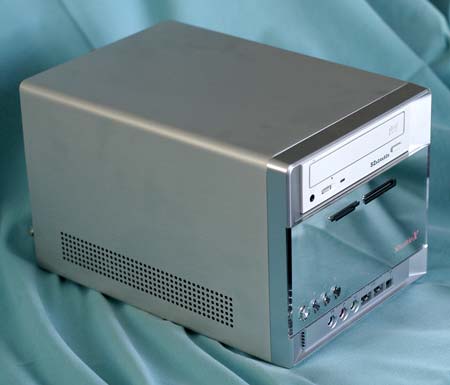