Our first look at the Intel SSD 545s with Intel's new 64-layer 3D TLC NAND flash memory has been very promising. Compared to its predecessor based on 16nm planar TLC NAND, the 545s is a big leap forward in performance. Where the Intel 540s was really only suitable as an entry-level consumer SSD, the 545s is a much better all-around performer.

The launch last year of the first generation of Intel/Micron 3D NAND did little to challenge Samsung's dominance at the high end of the SSD market. The onset last fall of an industry-wide NAND flash memory shortage drove prices higher and put many new products on hold, but a few models based on the Intel/Micron 32-layer 3D TLC were able to establish solid positions as great value options. 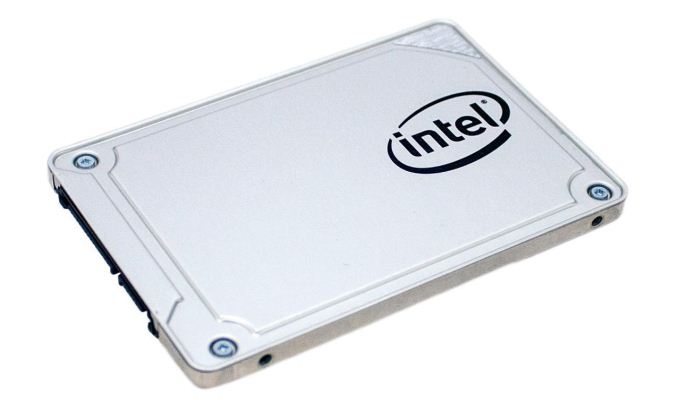 The Intel 545s hints that this generation of 3D NAND may have a much bigger impact on the market. Even with the limited testing we had time for, it is clear that the Intel 545s does not suffer from the performance pitfalls that mar the Crucial MX300 and ADATA SU800, both based on Micron's 32L 3D TLC. On some tests, the Intel 545s appears to be the first serious challenger to the Samsung 850 EVO's combination of high performance and good power efficiency in a TLC SATA SSD. The surprisingly strong performance of the Intel 545s on The Destroyer shows that Intel's new 3D TLC NAND can handle heavy workloads, while the drives based on the previous generation of Intel/Micron 3D TLC tend to only be competitive on lighter workloads. We eagerly await the announcement of a NVMe SSD based on this 3D NAND.

The Intel 545s also challenges some of our assumptions about Silicon Motion's controller and firmware. Silicon Motion was one of the best options for mainstream SSDs back when the market was dominated by MLC NAND, but their first two generations of solutions for TLC NAND sacrificed performance and power efficiency in a race to the bottom. With planar NAND on the way out and with a new iteration of 3D NAND and the controller and firmware solutions to support it, this may be the time for Silicon Motion to reestablish their reputation for great power efficiency and good mainstream performance at highly competitive prices.

However, it's too soon to determine whether the Intel 545s will actually be competing in the right price range. Based on the testing so far, the Intel 545s should be targeting a price near the Crucial MX300, which has spent most of the past year as one of the cheapest SATA SSDs available despite offering performance a step up from the entry-level planar TLC SSDs. The MSRP of $179 for the 512GB model is significantly higher than that target, but a fair price comparison will have to wait a few weeks for broader availability of the Intel 545s.

Intel has successfully launched a new generation of flash memory and a new mainstream consumer SSD. They haven't completely upended the SSD market like some of their SSD launches in the past and the impact will be muted at first due to limited supply, but this is still clearly a step forward. The bar has been raised a bit higher for the upcoming 3D NAND SSDs from Toshiba and Western Digital, and by the end of the year Samsung's SSD division should be feeling a lot more pressure than they have in a long time. Even if the NAND shortage will be keeping prices elevated into 2018, the market is moving forward in ways that will benefit consumers.