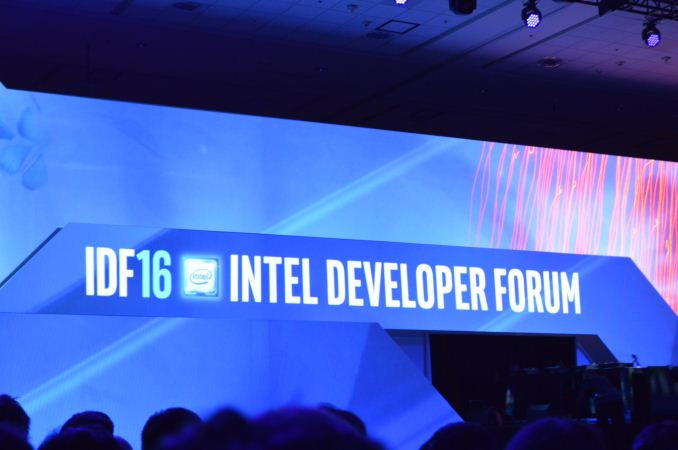 In a bit of breaking news this morning, it appears that Intel has decided to cancel their Intel Developer Forum tradeshow going forward, including this summer’s expected IDF17.

In an announcement posted on the IDF website, Intel has announced that IDF is no more, and that the entire IDF program is ending.

Intel has evolved its event portfolio and decided to retire the IDF program moving forward. Thank you for nearly 20 great years with the Intel Developer Forum! Intel has a number of resources available on intel.com, including a Resource and Design Center with documentation, software, and tools for designers, engineers, and developers. As always, our customers, partners, and developers should reach out to their Intel representative with questions.

Previously, Intel had stated that there would not be an IDF in China this year. However an IDF was still expected in the US, albeit with a “new format.” Prior to today’s update, Intel’s IDF page stated the following (as can be seen on this cached copy of the page).

We are making changes to the Intel Developer Forum. This fall the event in San Francisco will have a new format and we will not be hosting an event in China. More details to come soon.

Meanwhile the official Moscone Center Calendar had (and still has) Intel reserving Moscone West from August 15th through the 17th.

IDF has been Intel's yearly home to major product announcements. This has spanned from CPU announcements like Skylake and Kaby Lake, to storage products like Optane, to networking fabrics like Omni-Path. So the cancellation of IDF means that Intel no longer has a (currently scheduled) venue to announce new products and update the public and investors on their plans. Though what's more interesting is how this will affect developers (both presenting and attending), who were the heart and soul of the show.

While it seems highly unlikely that Intel is doing away with trade shows and launch events entirely, it’s clear that something is afoot at Intel, and that as a result the traditional IDF is gone. With Intel's product roadmap becoming increasingly elongated and less aligned to a yearly cadence, a yearly tradeshow is obviously a harder event to hold and justify. But what will replace their combination trade show and venue for product announcements remains to be seen.

We’ve reached out to Intel for more information, and will update this story if we hear anything further.

Update 13:26 ET (Ian): I just got off the phone with Intel, discussing why IDF is being cancelled. The main reason I was given is that Intel has been changing rapidly over the last two-to-three years, especially as they are changing from a PC-centric company to a data-centric company. With the rise of AI, FPGAs, Optane, IoT, wireless comms, automotive, and the other new areas that Intel is moving into, Intel felt that IDF no longer fills the need when it comes to giving out information. As a result, the decision has been made to find new ways to communicate with the audience (media, developers and companies) and the ecosystem with targeted events. These will be like the recent AI Day or Manufacturing Day, or be connected to partner events, or involve separate geocentric events. So rather than have one big melee on everything, Intel is set to split its message across several different areas in the hope that it accurately digs deep enough into every area. I was told that Intel wants to find a better way to present the experiences in each of the fields, and this is the way to do that.

Personally, I feel the loss of an event like IDF is frustrating. Here was an annual event, usually held around the same time each year, that went deep into how Intel is pushing their portfolio in the PC space. In the last couple of years, the event expanded into IoT and automotive, and attendances kept rising (despite some of the hardware talks being attended by six people - trust me it was a fun talk nonetheless). With Intel deciding to move to a multitude of different events, I can understand the need to focus on specific parts at each event - if you want to deep on AI, hold an AI event; if you want to go deep on cloud computing, hold a Cloud Day. However, this gives Intel more opportunities to have a disconnected message, and not speak as one, especially if a particular event is split based on region. It also makes it harder to plan from our side, because undoubtedly we have to travel to an event at a few weeks notice that might occur the same time as a holiday that was paid for six months ago. IDF ensured regularity - there were keynotes on the important topics, and it was a chance for Intel to lay all the high-end cards on the table (and have everyone there to talk to). As noted, Intel also removed IDF Shenzhen from the event schedule. If Intel now plans to have something like an 'x86 developer conference' and have it held on the same day at different global locations, that only adds to the logistical complexity, and splits the key members of the team giving the talk(s) or answering the questions. Again, I can see Intel's reasoning for wanting to focus given the spectrum of markets it is now moving into, but IDF will be missed.