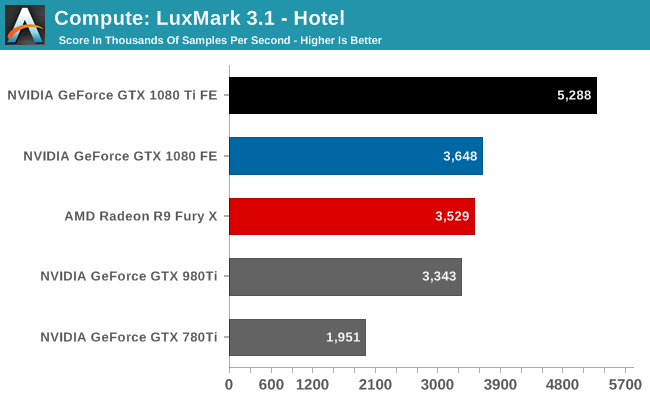 The OpenCL situation for NVIDIA right now is a bit weird. The company is in the middle of rolling out OpenCL 2.0 support to their video cards – something that I had actually given up hope on until it happened – and as a result their OpenCL drivers are in a state of flux as company continues to refine their updated driver. The end result is that OpenCL performance has dipped a bit compared to where the GTX 1080 launched at back in May, with said card dropping from 4138 points to 3648 points. Not that the GTX 1080 Ti is too fazed, mind you – it’s still king of the hill by a good degree – but the point is that once NVIDIA gets their drivers sorted out, there’s every reason to believe that NVIDIA can improve their OpenCL performance. 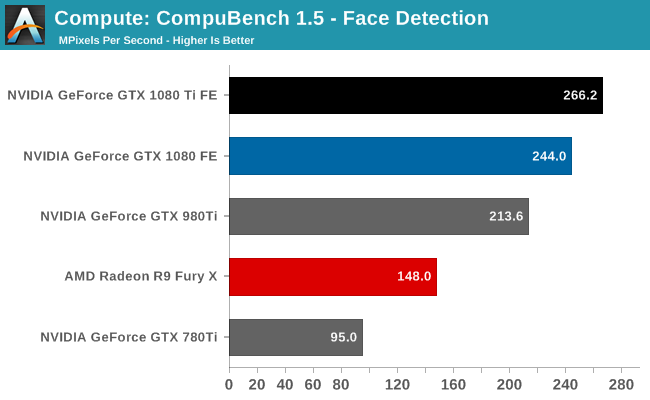 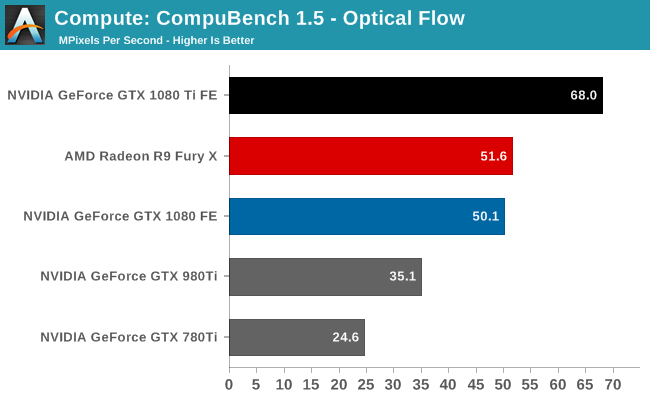 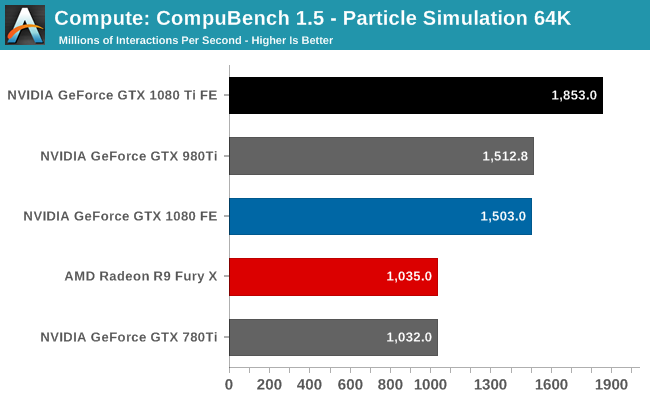 Like LuxMark, CompuBench shows some minor performance regressions on the GTX 1080 as compared to the card’s launch. None the less, this doesn’t do anything to impede the GTX 1080 Ti’s status as the fastest of the GeForce cards. It dominates every sub-benchmark, including Optical Flow, where the original GTX 1080 was unable to pull away from AMD’s last-generation Radeon R9 Fury X.