Aesthetically, the ZM1200-EBT has been designed to visually stand out inside a case. It is not extravagant, ( as in it lacks lighting and does not require chassis modifications) but has decorations based on complex geometric patterns and bright colors that cannot be hidden away. The PSU is 180 mm long, requiring a spacious PSU compartment in order to be installed without issues. 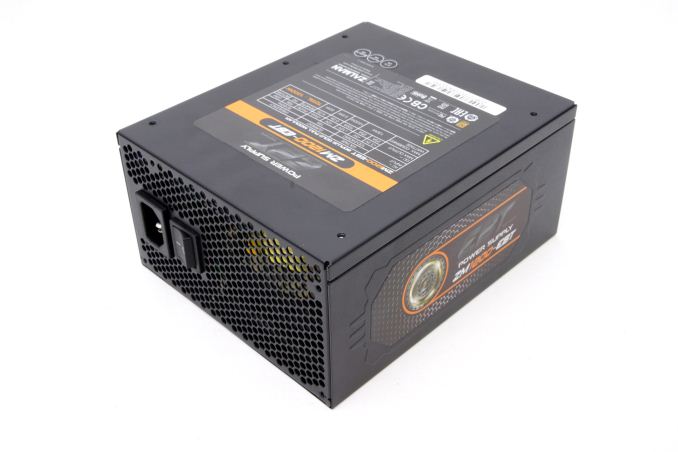 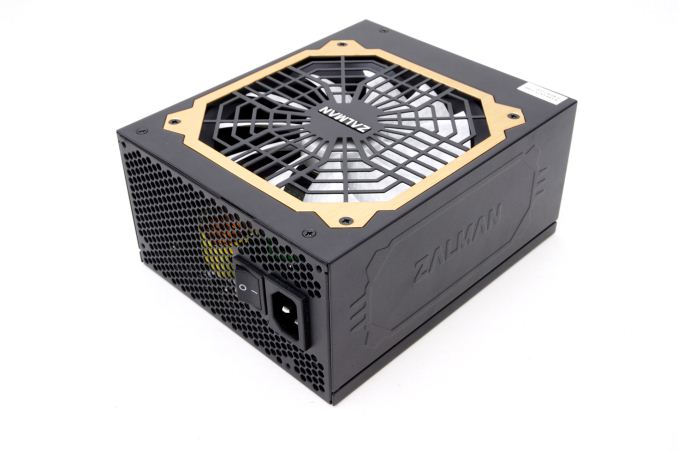 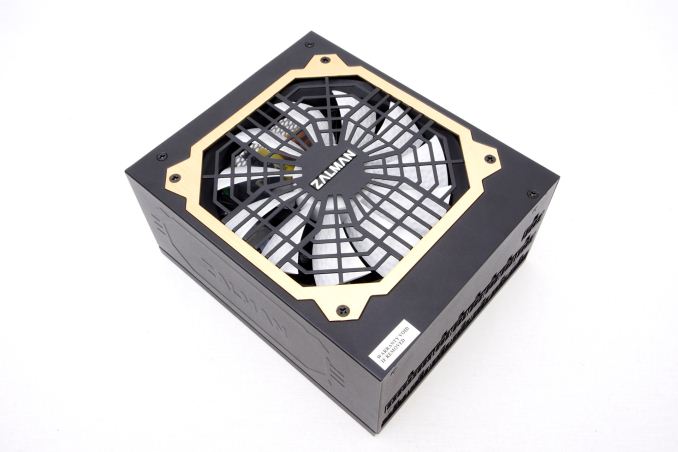 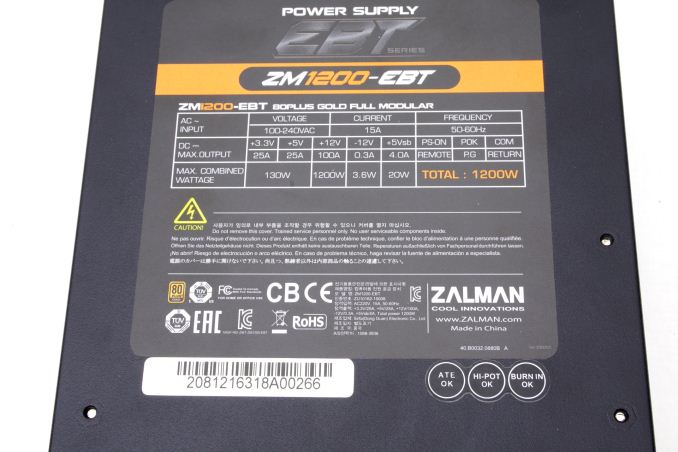 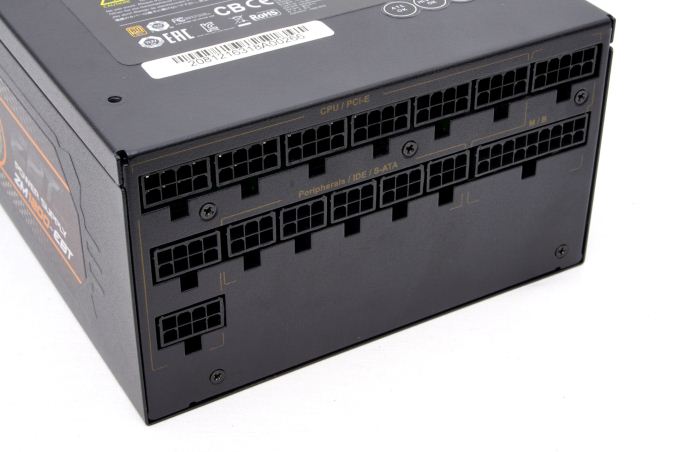 The 135 mm fan is supplied by Globe, a popular power supply fan manufacturer. It has white blades with a golf ball like dimpled pattern embedded on them, which is supposed to improve the overall performance of the fan. The S1352512HH is a powerful model, featuring a FDB (fluid dynamic bearing) engine and has a maximum speed of 1800 RPM. 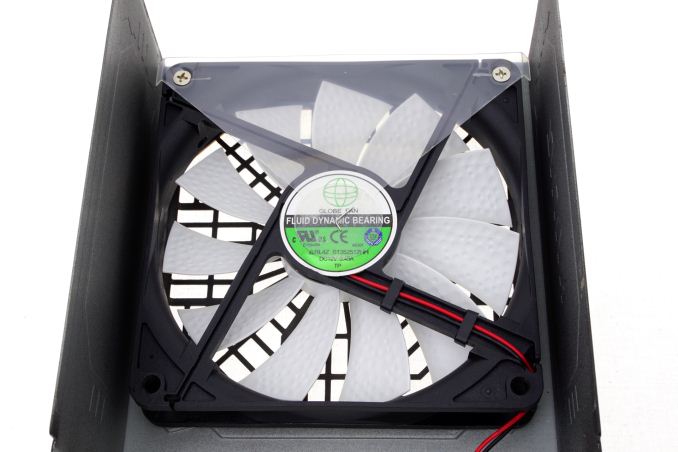 Zalman entrusted the creation of the ZM1200-EBT to Sirfa, a popular OEM when it comes to units combining performance and competitive pricing. It is based on Sirfa's HPJ platform, the same platform that the 850W and 1000W units of the series have been using for some time now. 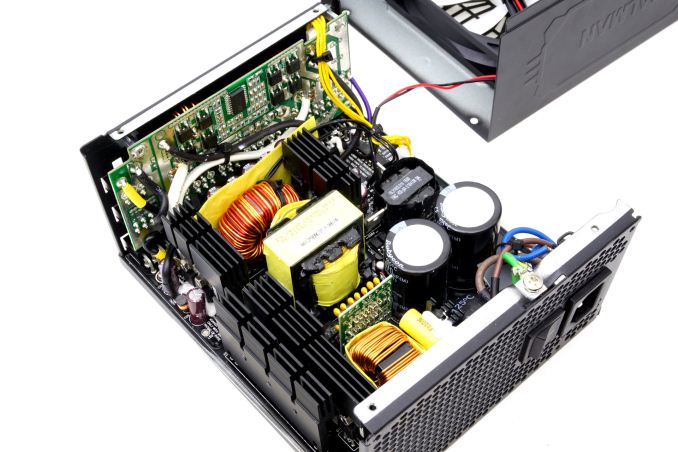 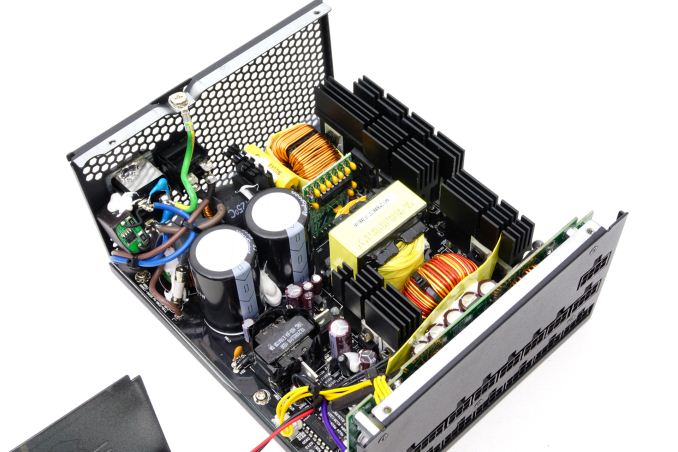 The filtering stage begins on the back of the AC receptacle and continues onto the main PCB of the PSU, with a total of four Y capacitors, two X capacitors, two filtering inductors and one surge-suppressing MOV. There is also a simple glass fuse for protection. The two input conversion bridges that can be seen sharing a small heatsink right before massive APFC inductor. Two Rubycon 400V/470μF capacitors are being used in the PFC stage. The active PFC components on the heatsinks comprise of three transistors and two diodes. 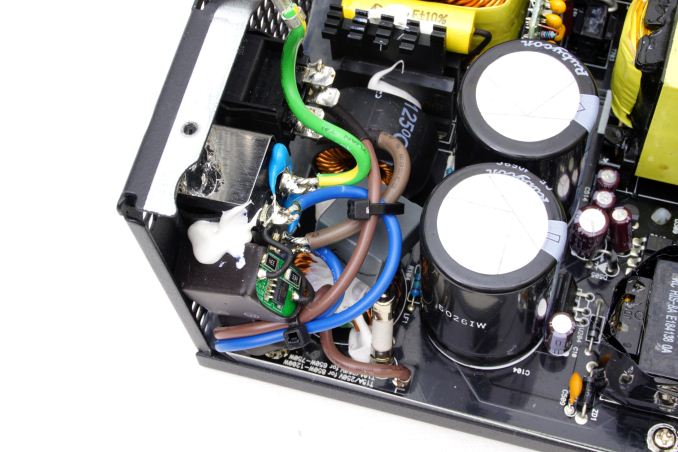 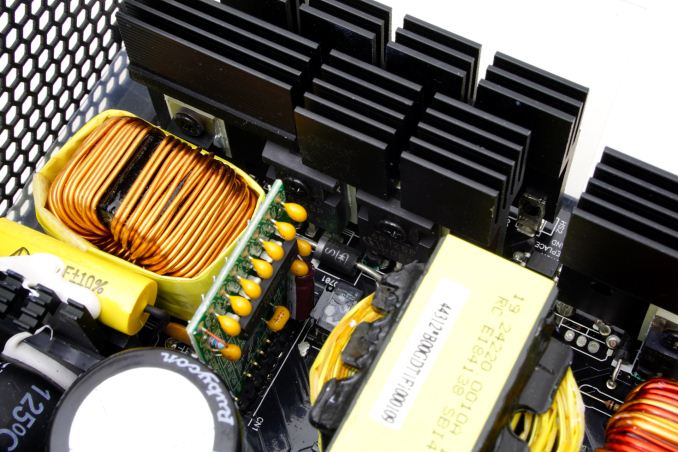 Two power transistors form the half-bridge inversion stage. There are high quality products that are usually reserved for very high efficiency units only (Infineon 6R125P, RDS(on)= 0.125 Ω). The secondary stage consists of eight transistors in total, split into two groups of four. Each group of four transistors can be seen on its own heatsink on either side of a large filtering inductor. Each of these transistors is rated for a maximum output of 100A - eight of them are a monstrous oversizing. All of the secondary side capacitors are supplied by Nippon Chemi-Con. 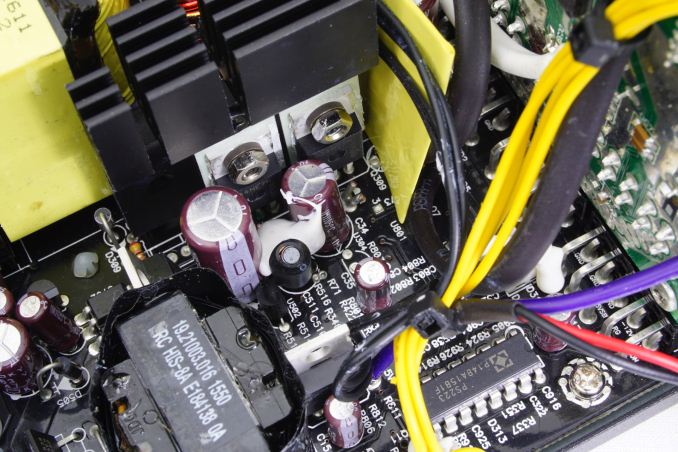 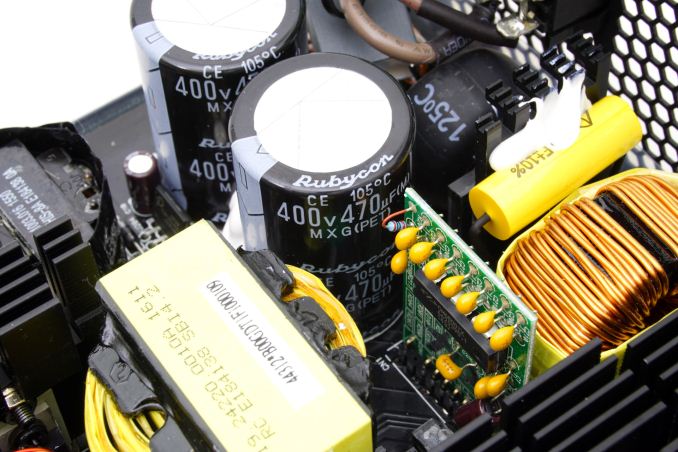 The one issue that this design has is the lack of inrush current dampeners. With its huge APFC capacitance, this PSU momentarily draws an excessive level of current when the capacitors have been discharged (e.g. when new or after a power grid failure). Although this current is momentary and, theoretically, it should pose no threat to the electrical installation, it can easily trip the small and/or sensitive circuit breakers that are usually found in residential installations. It did trip the 20A circuit breaker at our lab when it was first switched on, on a 230V AC grid (on 110V grids, the current will effectively double in order to supply the same energy to the capacitors). This should not be a problem with installations where the presence of high power equipment has been carefully considered, but it can be an annoyance for many home users. 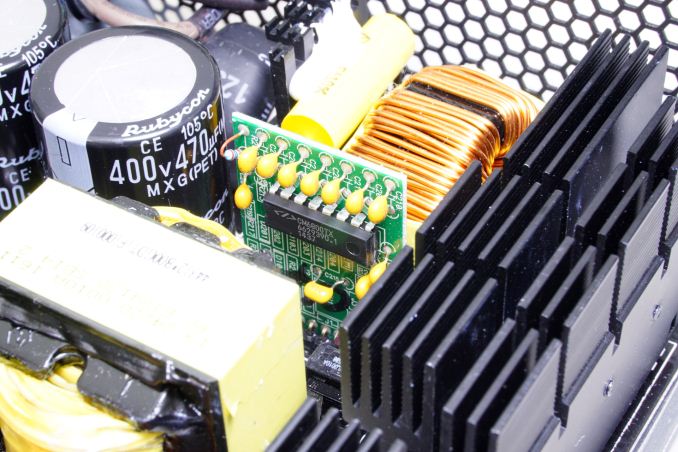