ATI has two similar options, at least in name, in their drivers for the Radeon 9700 Pro; ATI calls the two options performance and quality. 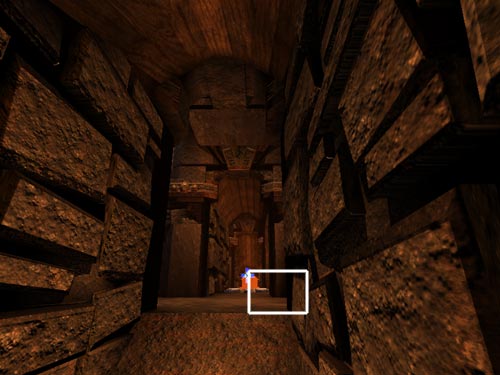 First let's look at the highest image quality settings offered by NVIDIA, which in the case of the GeForce FX is an 8-sample algorithm. To view the different screenshots simply hold your mouse over the appropriate link and the corresponding screenshot will appear. By default, anisotropic filtering disabled is the screenshot that will be shown if you don't mouse-over one of the other links: 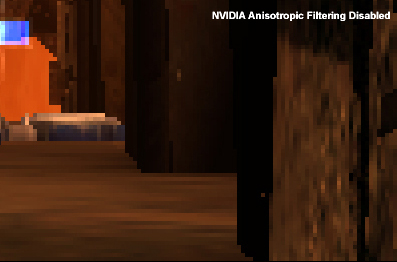 Here you can see there noticeable differences between NVIDIA's aggressive and balanced settings, although both are a definite improvement over no-anisotropic filtering as you would expect.

Next we have ATI's AF options: 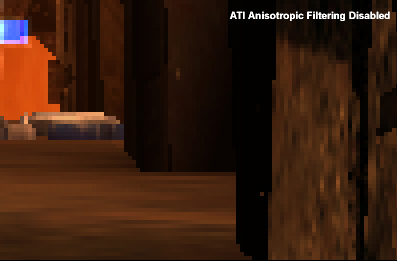 What makes ATI's solution so great is that there is virtually no discernible image quality difference when you compare the Performance and Quality settings. We included shots of ATI's 16X setting as well just to show that there is a slight increase in image quality, but for a fair comparison we will put NVIDIA's 8X up against ATI's 8X.