Now that you've seen what each card can do, let's compare the two head-to-head. We spent a good amount of time comparing all of ATI's AF settings to NVIDIA's on the GeForce FX, but instead of showing you the conclusion we came to let's take a look at what NVIDIA recommends in their reviewer's guide for the GeForce FX: 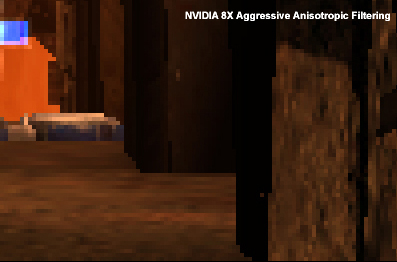 Hold your mouse over the image to view ATI's Performance Mode 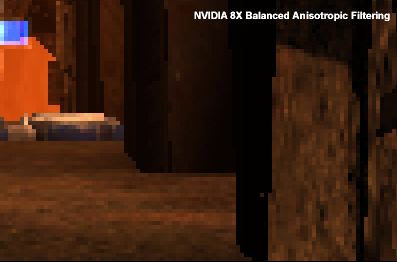 Hold your mouse over the image to view ATI's Performance Mode

Here we have a much better comparison, ATI's Performance mode is virtually identical to NVIDIA's Balanced mode.

To finish off the comparison we have NVIDIA's Balanced mode vs. ATI's Quality mode:

Hold your mouse over the image to view ATI's Quality Mode

Since there is virtually no difference between ATI's Performance and Quality modes, we see that NVIDIA's Balanced mode is comparable to ATI's Quality mode as well as their Performance mode.