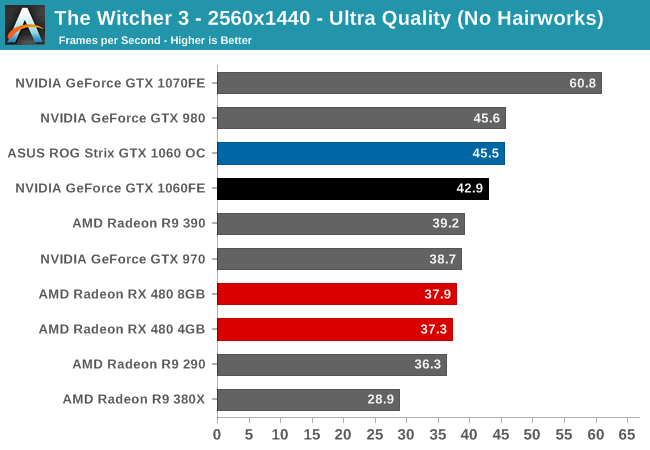 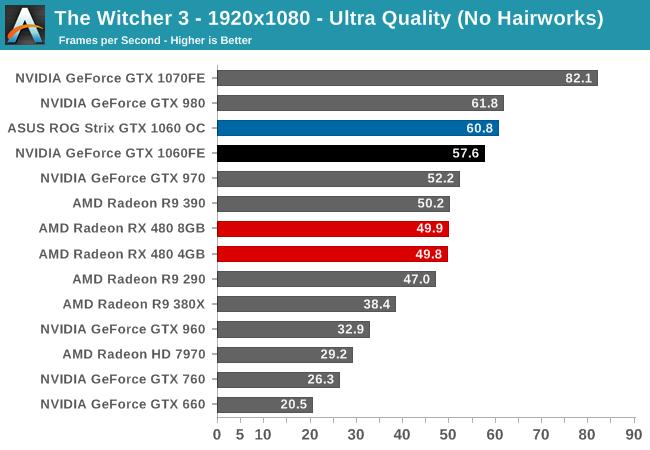 In terms of absolute performance, I’m a bit surprised that the GTX 1060 can’t crack 60fps at 1080p. 57.6 isn’t too far off the mark, but for what’s otherwise meant to be NVIDIA’s ultimate 1080p gaming card, it’s not quite ultimate enough to hit 60fps on a year-old game.