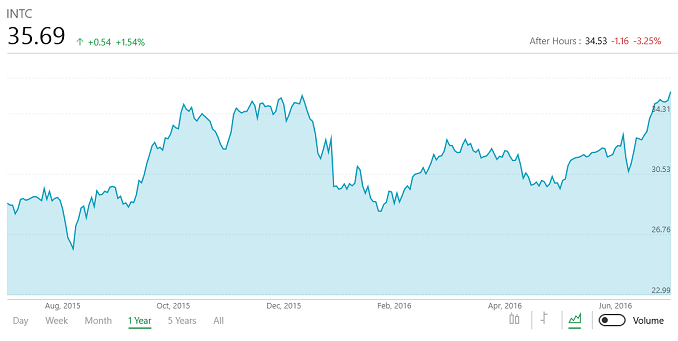 In addition to the interesting tidbit about Kaby Lake, Intel also found time today to announce their second quarter earnings for fiscal year 2016. Revenue was up 3% year-over-year, but net income and earnings per share took a big hit due to the restructuring announced in Q1. Revenue for the quarter was $13.5 billion, and while gross margin was down 3.6% to 58.9%, Intel did exceed their outlook on margins. Operating income for the quarter was $1.3 billion, compared to $2.9 billion a year ago, and net income was $1.3 billion as well, down from $2.7 billion last year. Earnings per share came in at $0.27 per share, down 51% from the $0.55 result a year ago.

Looking forward to next quarter, Intel sees revenues at $14.9 billion, plus or minus $500 million, with margins around 60%, plus or minus a couple of percent. 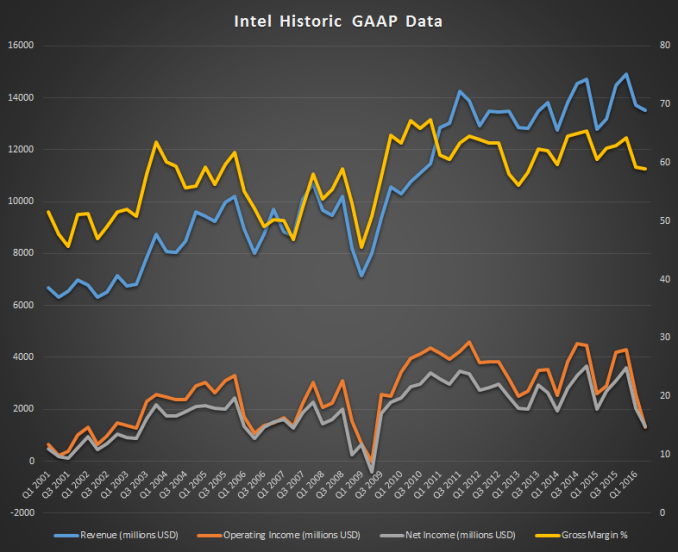 Looking at the individual business lines, Intel now has a couple of additional business groupings. After the acquisition of Altera, the formed the Programmable Solutions Group, and they also have the New Technology Group to manage the products designed for wearables, cameras, and other segments. The longer tenured groups are still the Client Computing Group, Data Center Group, Internet of Things Group, Non-Volatile Memory Solutions Group, and Intel Security Group, as well as “All Other”.

Intel’s quarter met their expectations, but the restructuring charges have taken a toll on their profitability. Perhaps the most exciting news from this announcement though is that Kaby Lake is now shipping, along side the latest 7360 LTE modem.