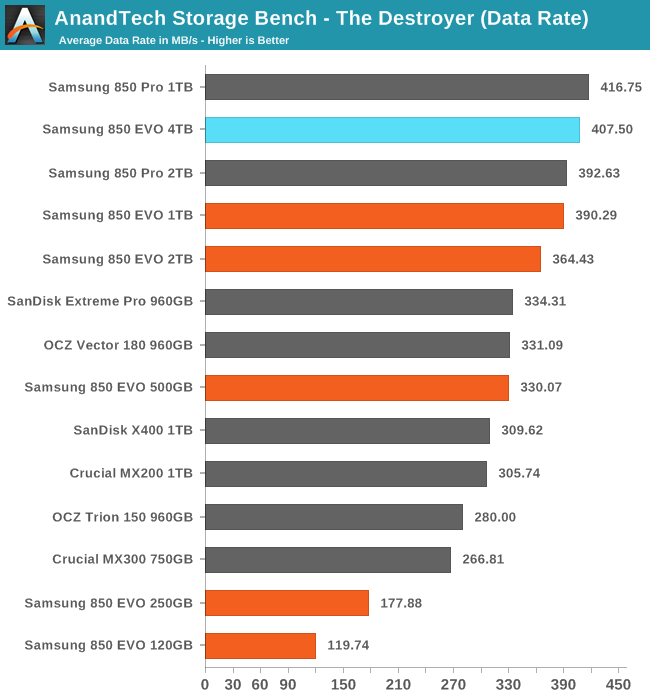 The Destroyer isn't enough to really challenge the 4TB 850 EVO, as this test doesn't write enough data to fill the drive even halfway. The 1TB 850 Pro still holds the record for the highest average data rate maintained by a SATA drive, but the 4TB EVO is closer to that than to any slower drive. 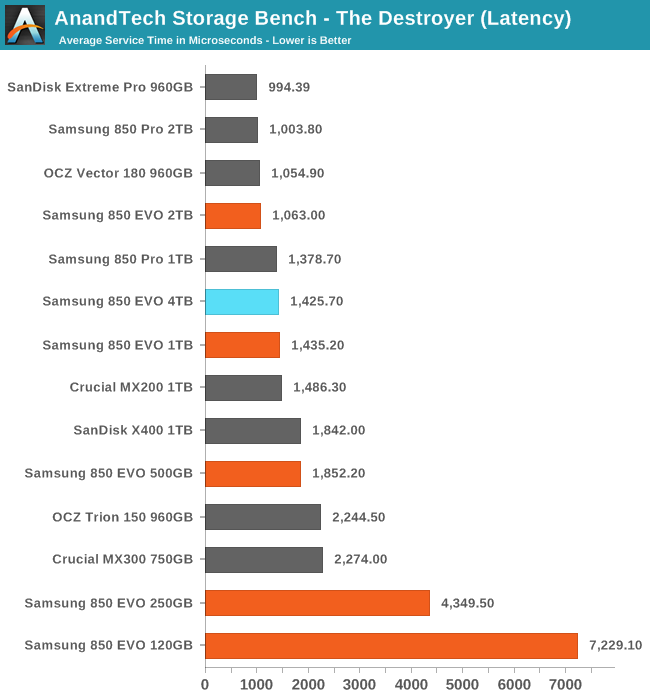 After the 2TB 850 Pro and EVO managed to tie with the top tier of drives for average service time, it is a little disappointing to see the 4TB 850 EVO only manages to match the 1TB models, but that's still high-end performance. 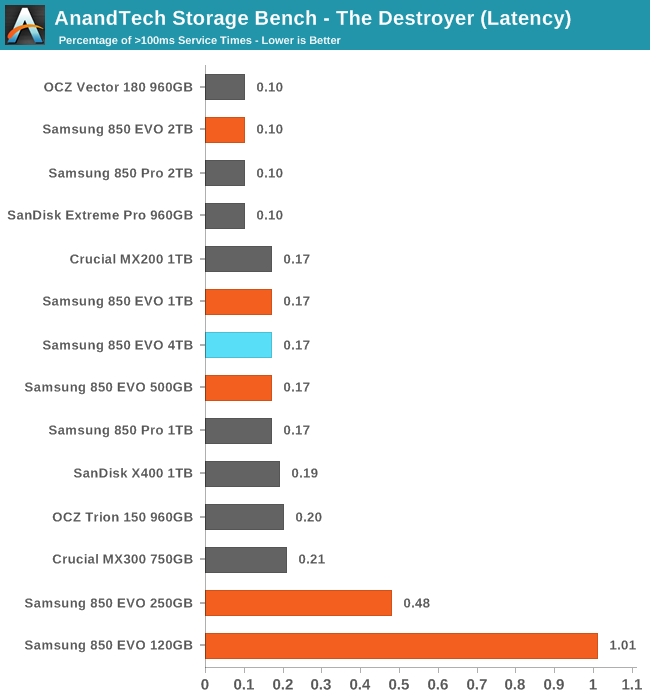 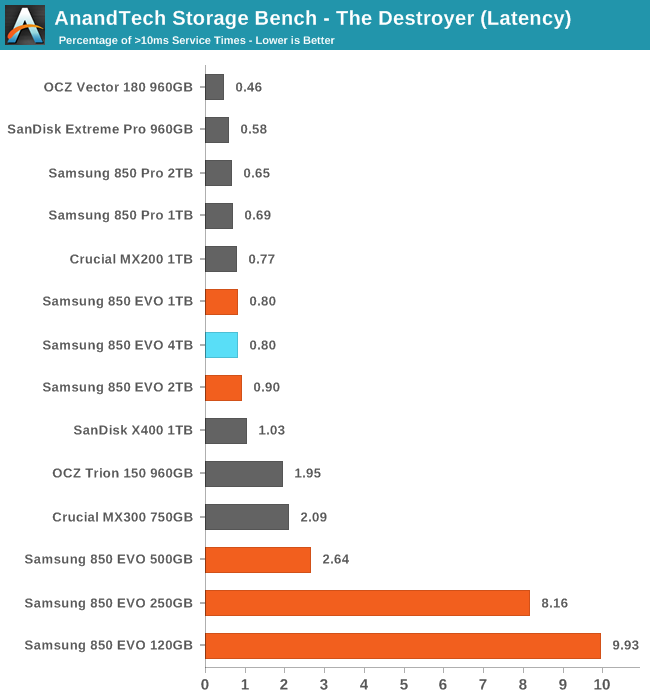 The 4TB 850 EVO has slightly more extreme latency outliers than the 2TB 850s, but at the more strict threshold of 10ms it is tied with the 1TB 850 EVO for being the best TLC drive. 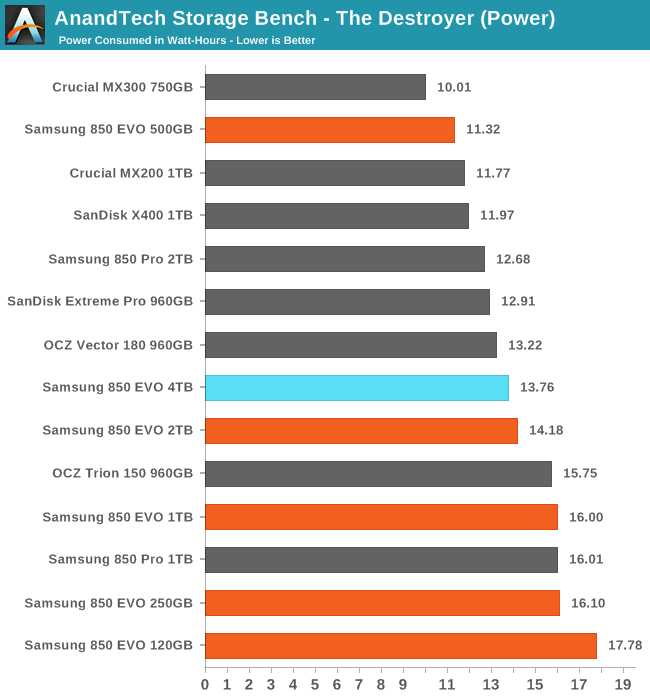 The 4TB 850 EVO brings a little more reduction in power use over the 2TB 850 EVO, which substantially cut power use relative to the 1TB model. The 4TB drive is clearly not paying any significant penalty for keeping so much flash and DRAM powered up.