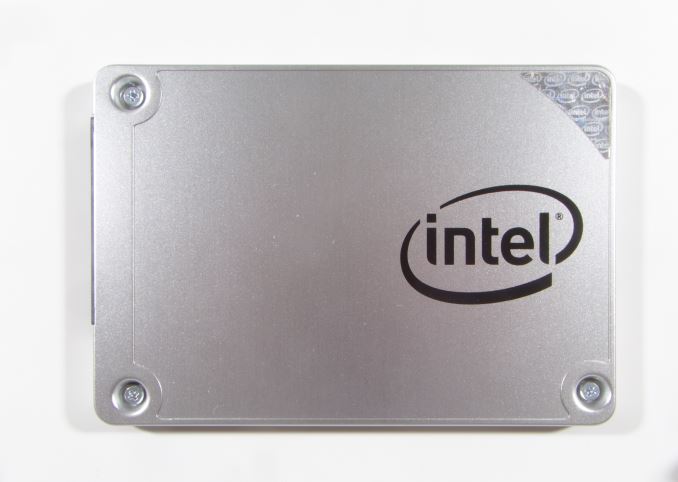 The Intel SSD 540s is their first entry level consumer SSD in quite a while, and our first look at Silicon Motion's new SM2258 controller. It's a little surprising to see Intel being an early adopter of a third-party SSD controller after their SandForce-based drives spent so much time going through Intel's QA, but the SM2258 is not a radical departure from Silicon Motion's earlier controllers, which have a pretty good track record for reliability.

Intel's use of the same 16nm SK Hynix TLC NAND as in the ADATA Premier SP550 allowed us to make a direct comparison of the SM2258 controller against the preceding SM2256, and the Crucial BX200 provides another point of comparison with Micron's 16nm TLC instead. The 540s is much better than the BX200 in every way, but that's not saying much. Against the SP550, the Intel 540s was not able to score a clear win. On most synthetic benchmarks the 540s improved performance over the SM2256 drives, mitigating their most glaring weaknesses and occasionally rising above the field of budget TLC drives in general. These improvements did not translate into a significant advantage over the SP550 on our real-world AnandTech Storage Bench tests. The ADATA SP550 is still faster overall for realistic workloads with bursts of I/O, even though it is slower under the sustained load of synthetic benchmarks.

The wide disparity in performance between the Crucial BX200 and ADATA SP550 showed just how much firmware tuning can affect drive performance. I think it's likely that later this year we'll see a more refined SM2258 drive, perhaps even on planar TLC before 3D NAND is cheap enough.

Against the wider field of competitors, the Intel 540s is clearly an entry-level SSD, intended for light workloads. It cannot keep pace with SanDisk's X400 or even the current generation of Phison S10-based drives like the Toshiba OCZ TR150 (formerly Trion 150). The ADATA SP550 has held on to a place in the market by usually being one of the cheapest drives available, but at the moment it is mostly tied with the TR150 on price, making the latter a better purchase given its better performance.

The current retail pricing of the Intel SSD 540s makes my recommendation quite simple: don't buy. The 180GB and 360GB models are only a few dollars cheaper than the next size up, and the four standard sized models are priced above many MLC drives. The OCZ TR150 provides better performance for a far lower price. The SanDisk X400 provides much better performance, the same 5-year warranty period of the 540s, and M.2 models for a significantly lower price. ADATA has also recently announced M.2 versions of the SP550, which will probably be only a little more expensive than the 2.5" drives, providing a very welcome cheap M.2 option.