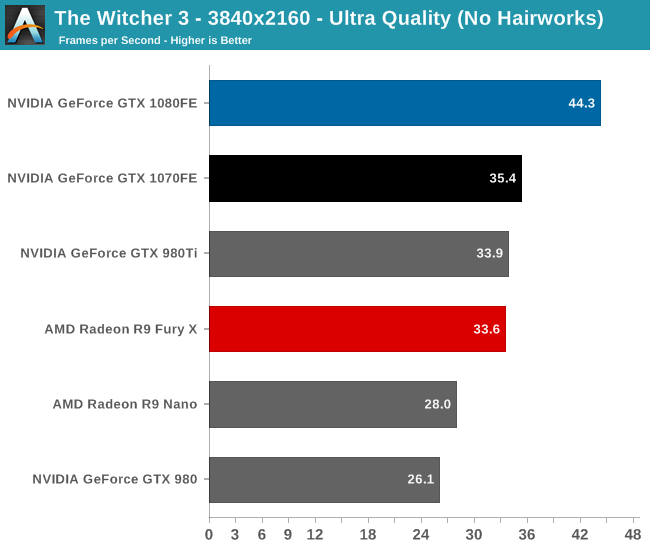 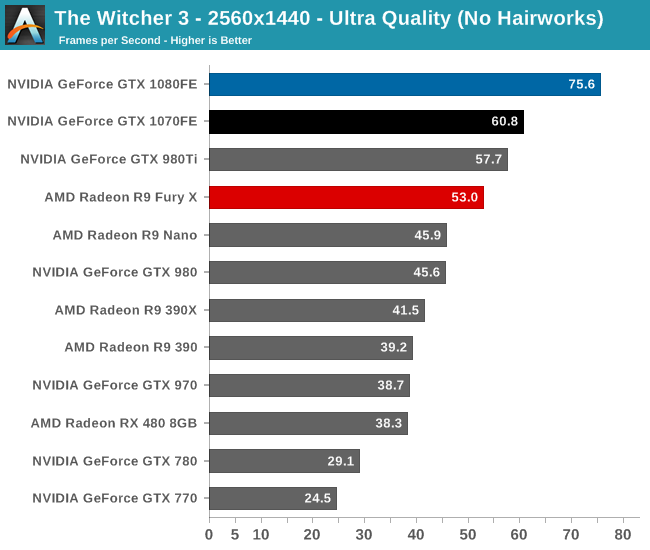 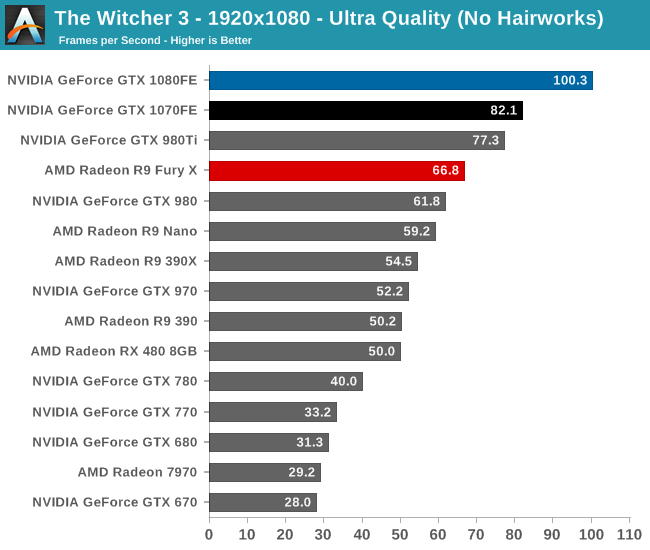 The GTX 1080 never doesn’t lead in our benchmarks, but The Witcher 3 is another strong showing for the card. At 44fps for 4K, it’s three-quarters of the way to 60fps, with gives us a reasonably playable framerate even at these high quality settings. However to get 60fps you’ll still have to back off on the quality settings or resolution. Meanwhile the GTX 1070, although capable of better than 30fps at 4K, is more at home at 1440p, where the card just cracks 60fps.