I mentioned at the top of the review that this is the second halo motherboard we’ve tested. Both the ASUS Maximus VIII Extreme and GIGABYTE Z170X-Gaming G1 command a large price but represent the premium product from the two major motherboard players in the industry. For the sale, each side focuses on specific areas:

The big selling points for the Maximus VIII Extreme are the 3x3 Wi-Fi module, onboard U.2 support, a total of four onboard USB 3.1 ports, an ES9023P audio DAC, a bundled OC Panel, system performance and the BIOS/software package.

Both motherboards are validated with Thunderbolt 3. 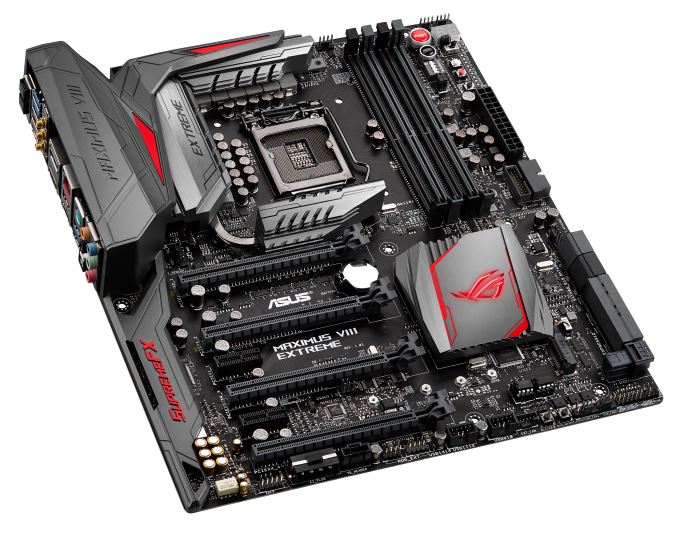 It’s an interesting scenario being played out. ASUS wins on the performance side, the BIOS and software are easier to use, and overclocking wins out due to LLC implementation. 3x3 WiFi plus U.2 is hard to ignore on the Extreme as well. But the multi-GPU support of the GIGABYTE via the PLX is the massive plus that can’t be made up elsewhere (and non-GPUs can be used as well).

Both sides have impressive feature sets, and both sides have areas for improvement. If the price is still a factor and the prices of these motherboards decrease over time, if the GIGABYTE ends up $50-75 less expensive in a direct comparison, it would be hard to pass up that saving to spend elsewhere. Under the 100-series platform and Skylake processors, ASUS takes the crown up to dual GPU here, whereas by virtue of support the GIGABYTE motherboard happily takes it for 3-way and 4-way.

Recommended by AnandTech
The ASUS Rampage VIII Extreme Motherboard
For Your Local Performance Junkie, Dual GPU and under

For anyone not interested in the $500 motherboard segment, the next one up on the block is the MSI Z170A SLI PLUS, which comes in at $120-130. Stay tuned for that review. We've also got a couple of server focused Skylake boards waiting in the wings.