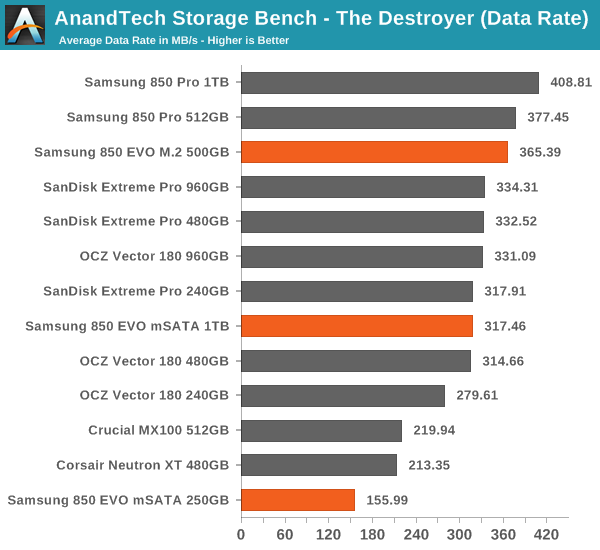 The pausing issue of the 1TB 850 EVO mSATA also translates straight to our The Destroyer trace. While higher capacities are usually faster than smaller capacities in this test, the 1TB mSATA is about 15% slower than the 500GB M.2. Generally speaking the 850 EVO does very well at 500GB and above, but since Samsung's TLC V-NAND is 128Gbit in capacity and single-plane, the 250GB can't keep up with drives that are using smaller capacity NAND for higher parallelism. 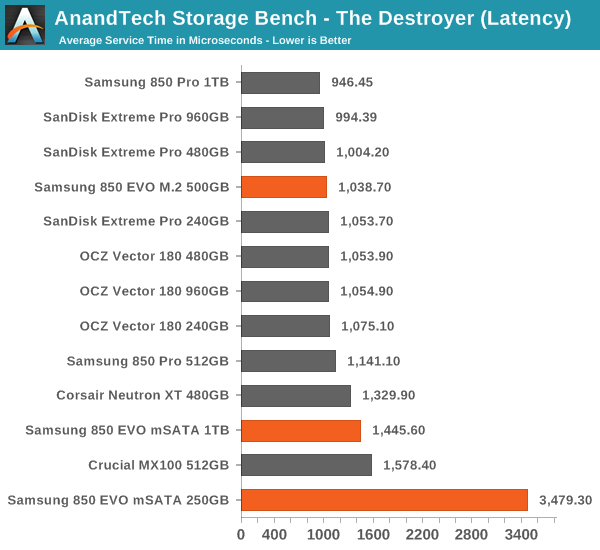 The latency graph further illustrates the poor performance of the 1TB mSATA, but quite surprisingly the 500GB 850 EVO is actually faster than the 512GB 850 Pro. I suspect the additional over-provisioning helps because The Destroyer is a very intensive trace that practically puts the drive into steady-state . 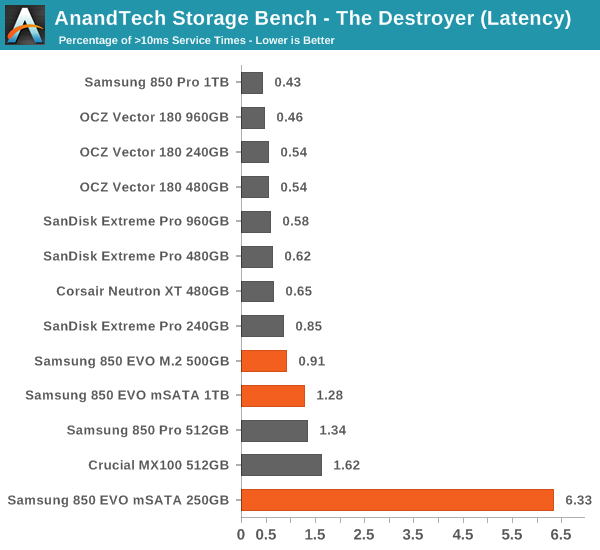 The share of high latency IOs is a bit high, but nothing to be concerned of. Only the 250GB model has a significant amount of >10ms IOs and for IO intensive workloads I would strongly advise to go with 500GB or higher. 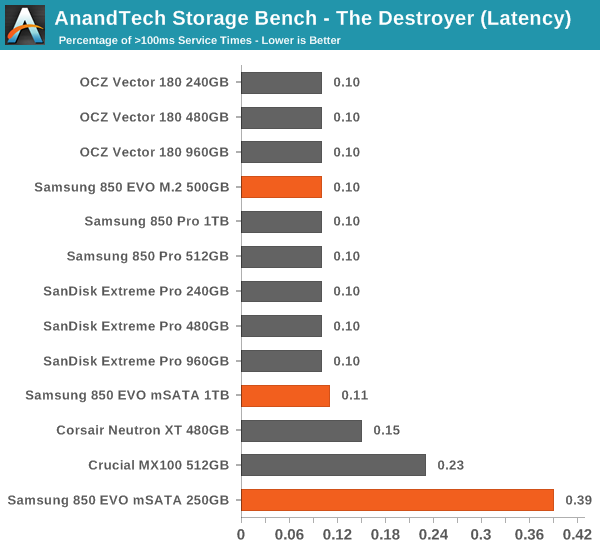 Active power consumption seems to be quite high for the 850 EVO, although I'm not surprised since TLC generally consumes more power than MLC due to its inherent design (more program pulses needed to achieve the final voltage state). 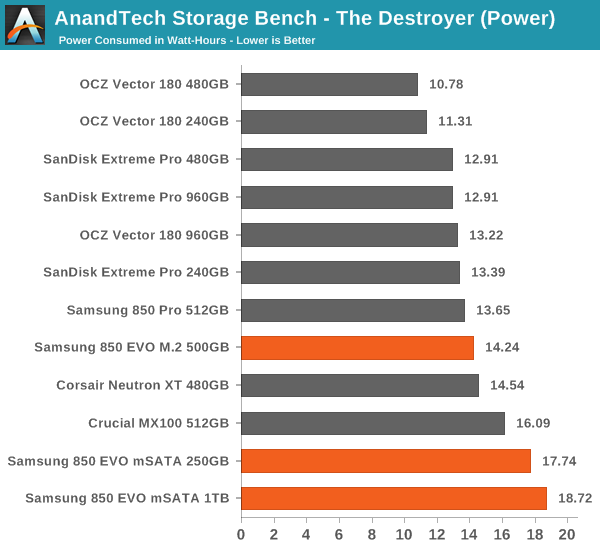