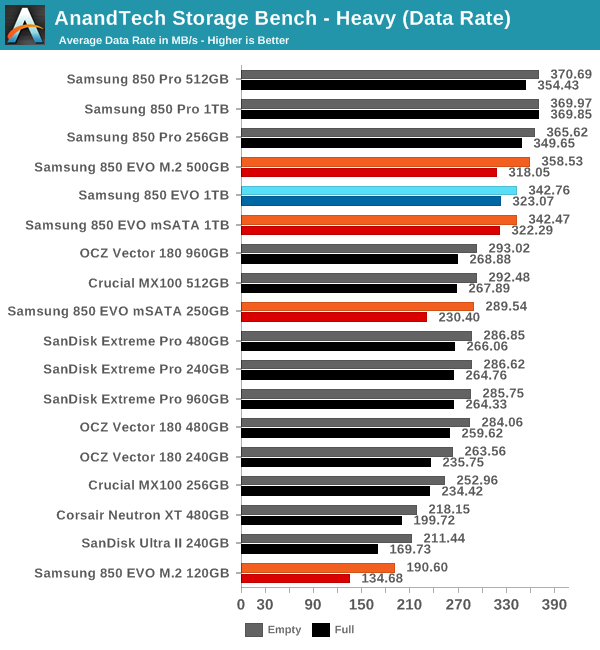 In the Heavy trace the 850 EVO scores highly. As I've said before, it seems that only Samsung has found the secret recipe to boost performance under SATA 6Gbps because no other manufacturer comes close to it in this benchmark. 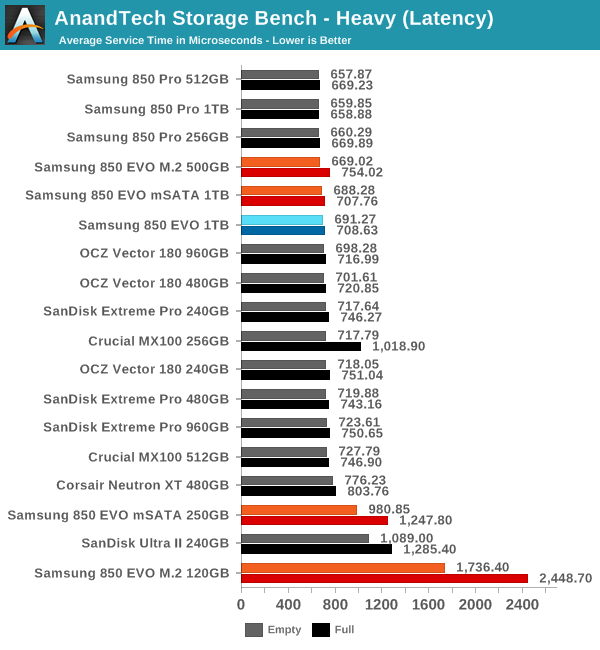 Moving on to latency and the 850 EVO still keeps its lead compared to other manufacturers' drives. The difference is nowhere near as significant as in the throughput metric above, but the 850 EVO is still without a doubt one of the highest performing drives on the market. The smaller capacities are a bit of a disappointement, though, because the 250GB mSATA loses to MX100 by a quite hefty margin, but it still beats the Ultra II for what it's worth. 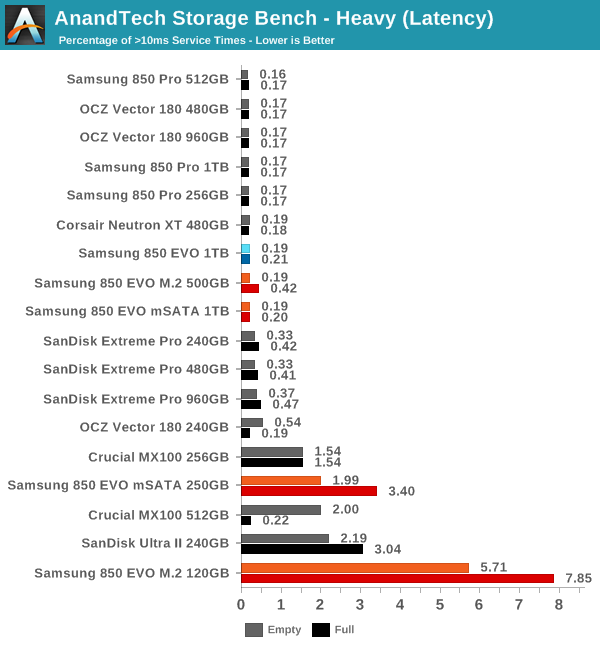 The smaller capacities, especially the 120GB one, seem to have quite a few high latency IOs. I wouldn't say the situation for the 250GB model is critical, but I do think that individuals with heavier workloads should focus on the 500GB and higher capacities in order to avoid any storage performance issues. 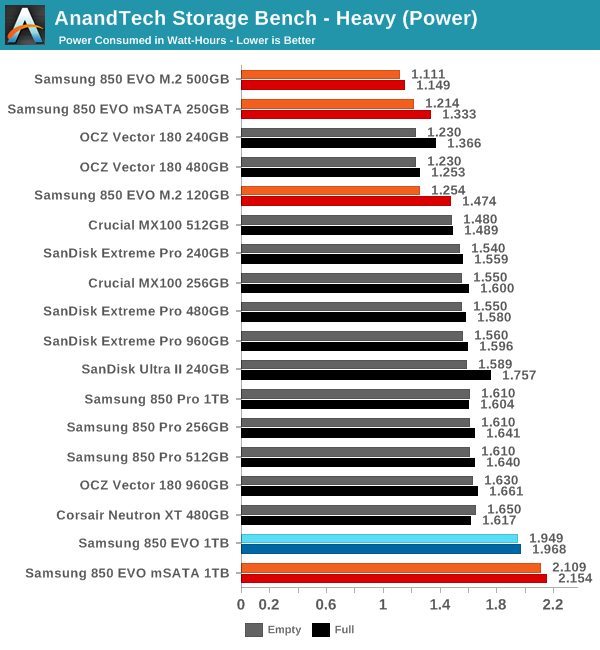 But in terms of power the 850 EVO is very efficient at smaller capacities. Given that mSATA and M.2 standards are mostly used in mobile applications, this is very good news.