The power consumption at the wall was measured with a 1080p display being driven through the HDMI port. In the graphs below, we compare the idle and load power of the Zotac ZBOX CI540 nano with other low power PCs evaluated before. For load power consumption, we ran Furmark 1.12.0 and Prime95 v27.9 together. The numbers are not beyond the realm of reason for the combination of hardware components in the machine. 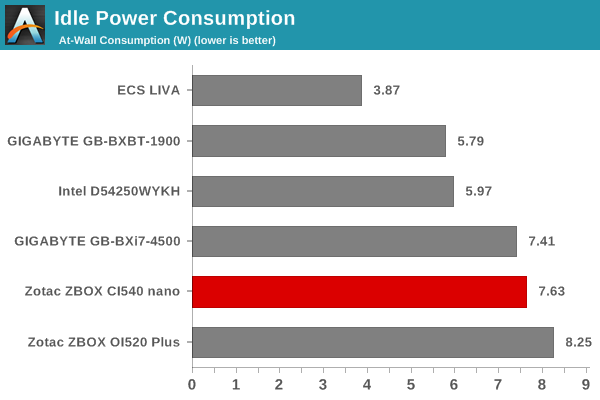 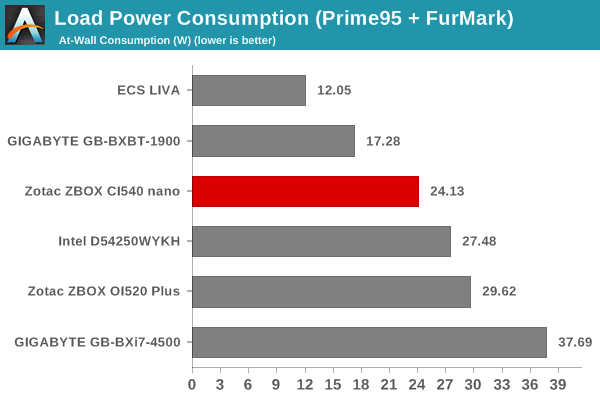 As expected, the load power consumption tracks the inherent capabilities of the CPU in the system. The Haswell Y-series CPU is more powerful compared to any of the Bay Trail parts that we have seen in mini-PCs before. But, it doesn't beat the ULV ones in the NUC-type machines. We did expect better idle power consumption numbers because of the fanless nature, but Zotac can probably optimize the BIOS a bit to drive this number further down.

While we didn't tear down the system to expose the actual thermal design, FanlessTech does have some pictures of the internals. We evaluated the thermal performance from a system perspective.  We start with the system at idle, followed by 30 minutes of pure CPU loading. This is followed by another 30 minutes of both CPU and GPU being loaded simultaneously. After this, the CPU load was removed, allowing the GPU to be loaded alone for another 30 minutes. The various clocks in the system as well as the temperatures within the unit are presented below. 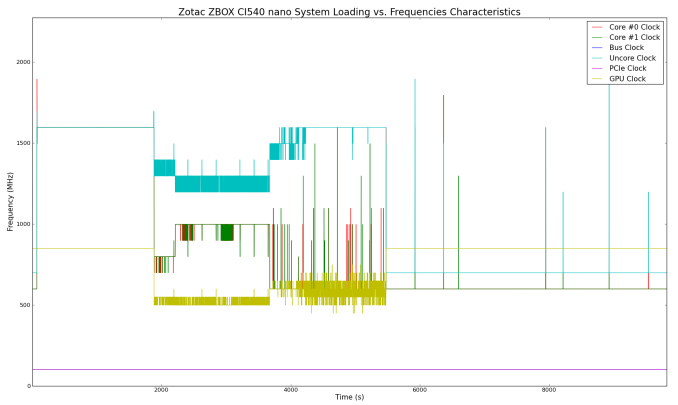 Under pure CPU loading, the core clocks maintain their 1.5 GHz+ speed. However, the addition of the GPU load brings down these clocks further while the system tries to keep itself within the SDP limits. Note that thermal throttling isn't at play here (as the graph below shows). After removal of the CPU load, there is some leeway for the GPU to raise its clocks. However, the CPU clock remains at the specified value instead of winding down (that happens in the idle case, where the CPU can go as low as 600 MHz). 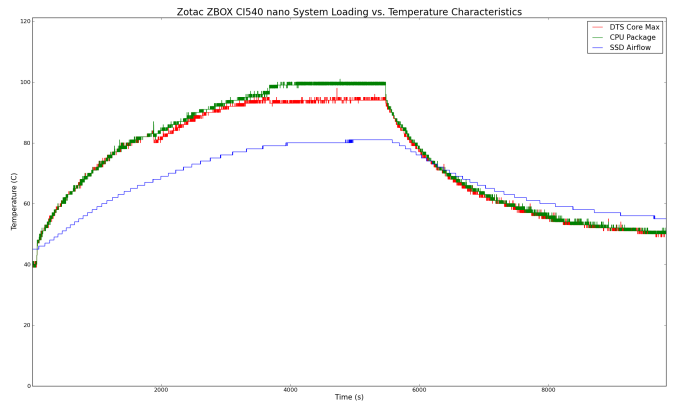 An important point to note is that the DTS never falls to 0. This implies that there is no thermal throttling at play. That said, the Y-series CPU seems to have some internal controls where the clocks are automatically adjusted depending on the workload (to remain within the SDP limitations) even though the core temperatures is not close to the junction temperature. 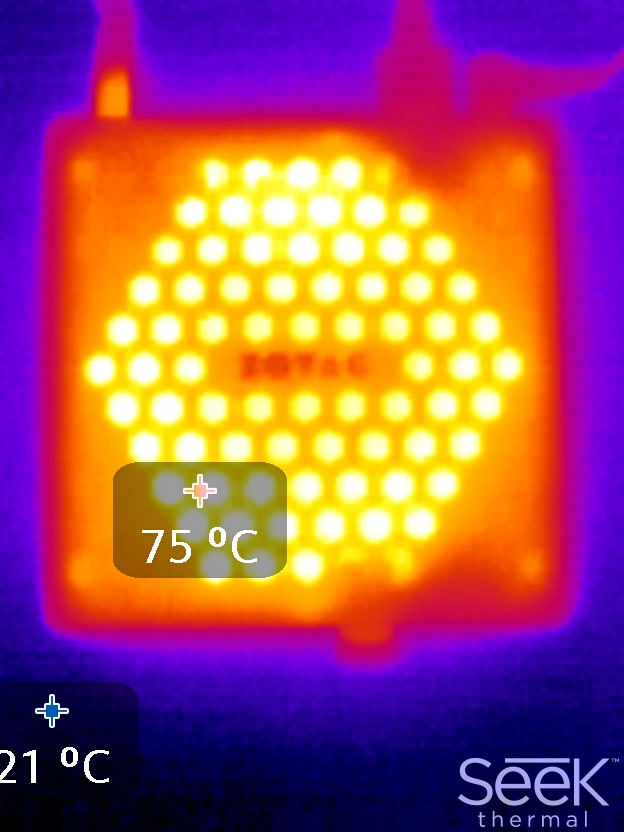 The gallery below presents some of other thermal images of the unit captured under the above conditions.

75 C for the chassis temperature is pretty hot, but keep in mind that this was after subjecting the unit to power viruses - Prime95 and FurMark are hardly the expected use-cases for these types of systems.