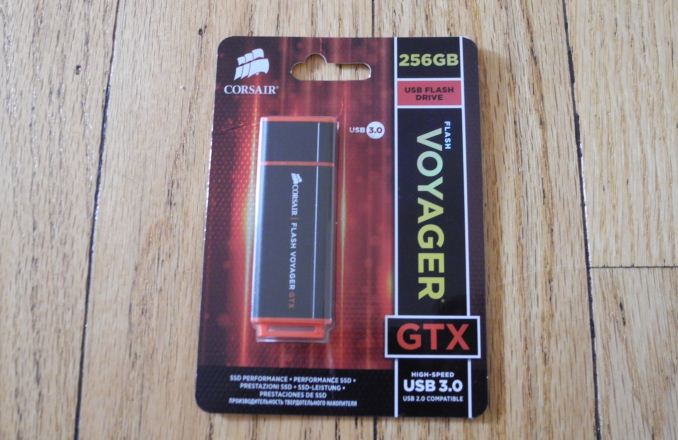 The rise of USB 3.0 as a high speed interface for PCs and the increasing affordability of flash memory has led to some very interesting products. USB flash drives are a dime a dozen, but there is scope for manufacturers to differentiate themselves. Corsair's Flash Voyager GTX series brings SSD controllers to the flash drive market. Coupling it with a SATA - USB 3.0 bridge allows them to set benchmark records for their product line. More importantly, it brings some unique features. The rest of the review will present the DAS (direct-attached storage) benchmark numbers from our evaluation of the 256GB version, along with a few observations.

The unit was benchmarked in our DAS testbed (running Windows 8.1 Pro x64) after formatting it in NTFS. Prior to formatting, we ran HD Tune Pro's artificial benchmarks on the drive. Note that the sequential read / writes do not make a lot of sense for SSDs or flash drives, as they are more for determining how bandwidth varies as we go further away from the spindle in hard drives.

HD Tune Pro's information page shows that the flash drive supports all the S.M.A.R.T features as well as a multitude of other SATA features. Importantly, TRIM is supported. Using CyberShadow's TrimCheck utility, we confirmed that TRIM does indeed work on the Flash Voyager GTX. 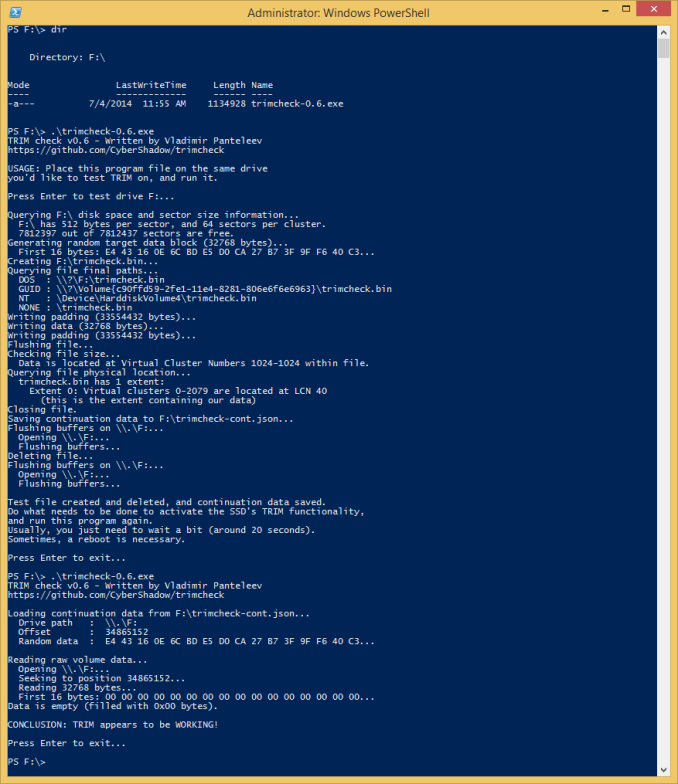 Moving on to real-life benchmarks, we first have the robocopy benchmarks with various queue depths (as made visible to end users through robocopy's multi-threaded option)

The robocopy benchmarks represent the typical use-case for high-speed flash drives. However, we also processed PC Mark 8's storage bench. Out of the various available workloads, we chose a few multimedia processing traces.

The Flash Voyager GTX is also recognized by Corsair's SSD Toolbox. One of the interesting facts revealed by the toolbox is the firmware version, S9FM01.7. A cursory search of the version number on the Internet reveals that the controller in the flash drive is the Phison S9. Readers might remember the previous generation Phison S8 controller being used in the Corsair Force Series LS SSD. It is heartening to see that the SSD controller along with the flash chips and the SATA - USB 3.0 bridge can be packed in such a small form factor. 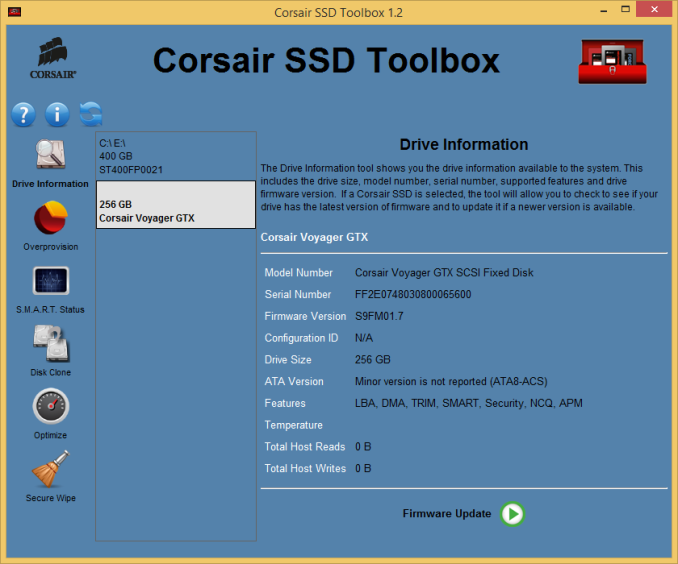 The SSD Toolbox also allows for upgrading the firmware and configuring the overprovisioning (i.e, X GB out of 256 GB can be set aside, invisible to the OS, for use by the SSD controller to prolong the life of the flash).

Coming to the business end of the review, the Corsair Flash Voyager GTX USB 3.0 flash drive continues Corsair's tradition of improving the performance of their USB 3.0 flash drive every year. As icing on the cake, we have a real SSD controller in the form of the Phison S9 inside.

The performance of the drive leaves us with no doubt that it would be a great Windows-to-Go drive. Unfortunately, Corsair has not decided to pursue the certification process. As far as non-enterprise consumers go, this is perfectly acceptable - the performance for Windows-to-Go is there without the extra cost associated with obtaining the certification that eventually gets passed on to them.

Minor points of concern include Corsair's refusal to divulge the flash memory configuration / SATA - USB 3.0 bridge model being used (as these could potentially change in future production runs) and the inability to configure overprovisioning for non-NTFS file systems.

Pretty much the only downside is the premium that one needs to pay for the form factor. The 256GB version currently retails for $220 on Amazon, which is at least $70 more than what one would pay for a 2.5" SSD and a bus-powered USB 3.0 enclosure. There are definitely use-cases where the form factor (and absence of hanging cables) plays an important role. In those roles, the Corsair Flash Voyager GTX is one of the top performers.